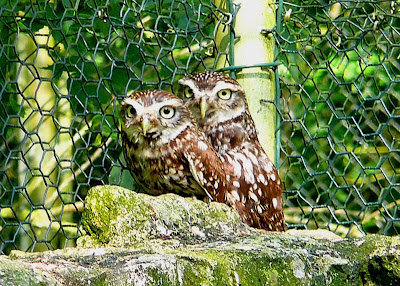 Little owls in a cage at the bird rescue park on Oléron
Another place we went to see on the Ile d'Oléron was called Le Marais aux Oiseaux — the bird marsh. We read about it and thought it would be a nice nature trail with opportunities for seeing local bird life. 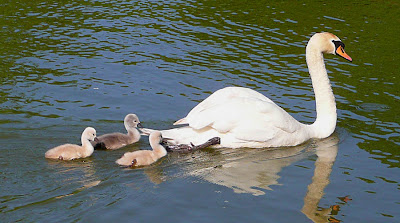 A swan and her cygnets
Instead, it turned out to be a big bird rescue facility in a park. It was full of chickens, turkeys, ducks, geese, and swans. There were also some herons and cranes, some owls and falcons. 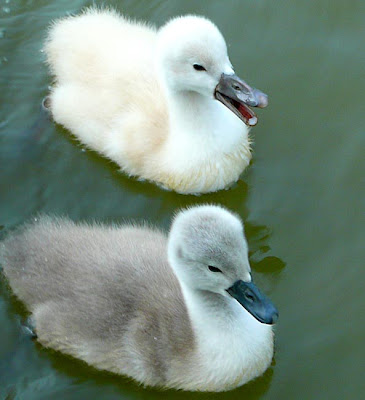 Cygnets
It was a nice walk and Cheryl and I both took a lot of pictures. But it wasn't the calm, serene nature trail we had pictured. There were several groups of school kids in attendance while we were there. The tiny kids, 4 or 5 years old, were really cute, but were a little intimidated by the geese and swans, which walked around at liberty. The groups of teenagers were rowdy, almost drowning out the loud goose and peacock shrieks.
Posted by Ken Broadhurst at 09:21