The Chassiron lighthouse on Oléron 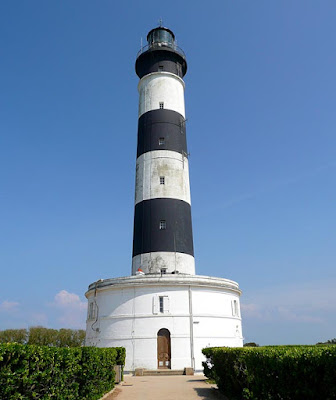 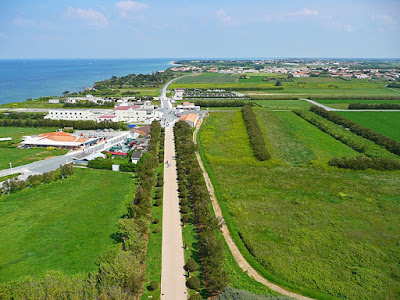 The view from the top of the lighthouse back over the island
Cheryl decided to stay on ground level with the dog. Somebody needed to dogsit, and going to the top of the phare meant a 224-step climb. 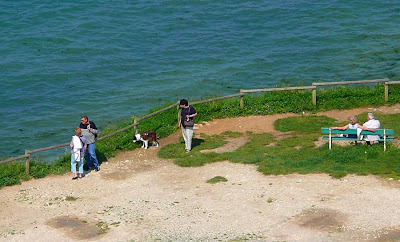 Cheryl walking Callie along the cliffs
at the base of the lighthouse
There were cafés, restaurants, and shops, plus plenty of parking, as we arrived at Chassiron. We weren't the only people visiting that afternoon, but it wasn't really crowded. The landscapes and seascapes were beautiful on a beautiful day. 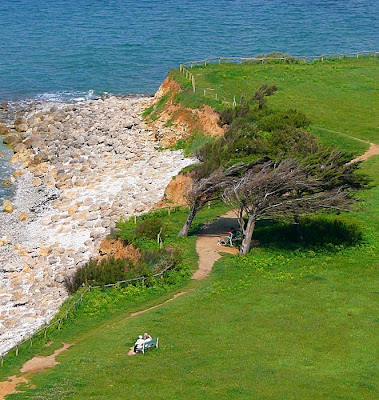 Windswept trees at Chassiron
As we were leaving, we drove along next to an amazing field of artichokes. It was very tempting to go pick some. But not possible, of course. 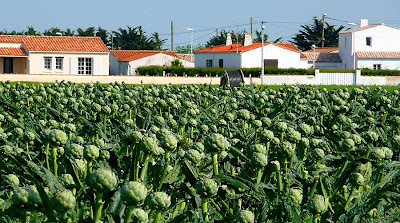 Artichokes and typical houses on the Ile d'Oléron
I'm off this afternoon for three days in Paris. Walt came back last night; it's his turn to watch the dog. Let's hope the weather turns nice.

We had violent thunderstorms yesterday in Touraine, and the Cher River is out of its banks in spots. People's basements are flooded. Luckily, we live on high ground. There was bad weather in Alsace too, according to radio reports, with damage and injuries.
Posted by Ken Broadhurst at 08:20