Ten miles south of Saint-Aignan, on the road to the town of Le Blanc, Nouans is a village of some 800 souls that looks like an overgrown intersection these days. It has a small grocery store, a boulangerie, a restaurant, a pizzeria, a combination boucherie-charcuterie shop, and a florist's. 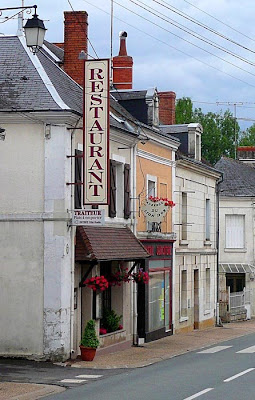 A restaurant and a shop in Nouans
It also has a 13th-century church in which was found and identified, in 1931, a masterpiece of what the Michelin Guide calls art primitif. It's a painting by the 15th-century artist named Jean Fouquet and is known as the Pièta de Nouans, picturing Christ being taken down from the cross. 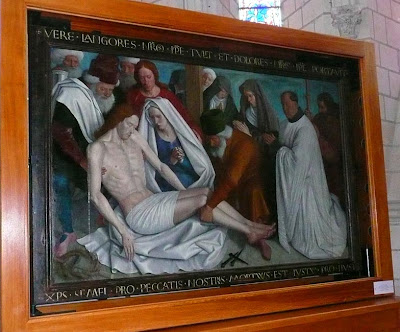 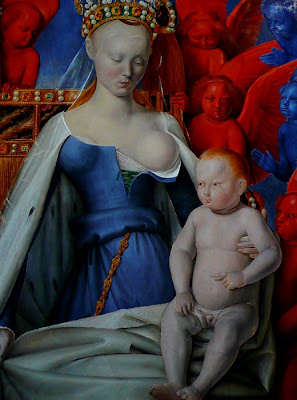 One of Fouquet's best-known paintings is this
Virgin and Child.
Little is known about Fouquet's life except that as a young man he spent time mastering his art in Italy before returning to France and settling in Tours. He became famous for his paintings and worked for two French kings, Charles VII and Louis XI, who held court at nearby Loches. Then he was nearly forgotten for centuries until the Romantic movement of the early 19th century, interested in all things medieval, re-discovered his work. 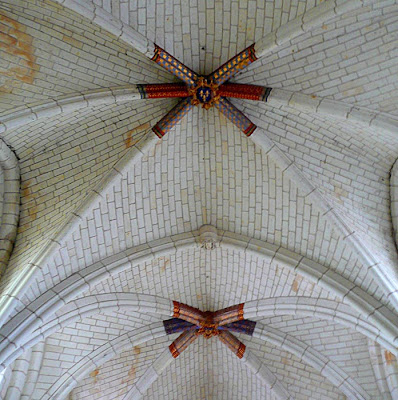 Ceiling vaults in the church at Nouans