Days of color and warmth 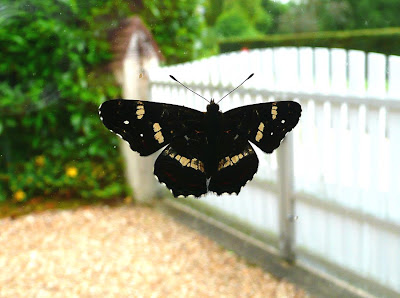 A butterfly on the window in the sunporch
I think I finally have the monitor adjusted. It was a process of trial and error that took me many hours yesterday and the day before. I had to change the settings of the monitor itself so that it displayed minimal color, high brightness, and medium contrast. Then I used the settings in the video driver of my computer's graphics card to overlay color, brightness, and contrast settings that produced the desired result. 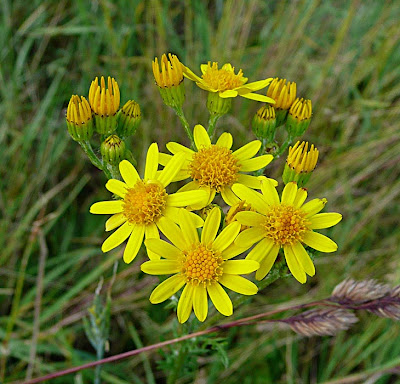 Yellow flowers on the edge of the vineyard 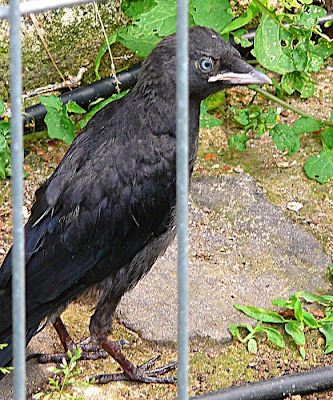 A juvenile jackdaw that I saw in Vendôme the other day.
Jackdaws are Eurasian and are the smallest of the crows.

With two sets of adjustments to juggle with, it was complicated. But using only the monitor's or only the computer's settings wasn't working. They had to be balanced against each other. Now I have a widescreen monitor that runs in 1440 x 900 resolution and gives me a larger on-screen workspace. The monitor itself cost less than $300 (€200 or so, and that may explain why it was so hard to adjust). I actually bought it to use it as a television set, but then decided I needed it more as a computer monitor. The cactus CHM brought me from America is flowering 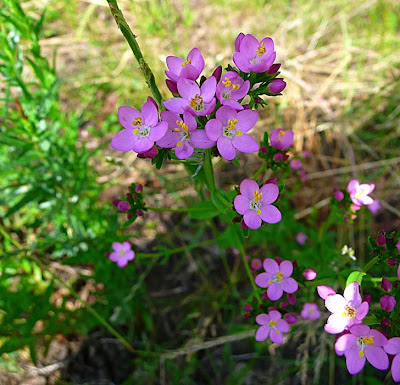 Little pink flowers on the edge of the vineyard
The weather yesterday was just beautiful. I took two walks with the dog and took a lot of pictures. I did a little bit of cleanup work in the garden (there is always a lot of work to be done out there). We got our vegetable garden in very late this year because we were so busy in April, May, and June, but if the weather continues like this we should get good results. 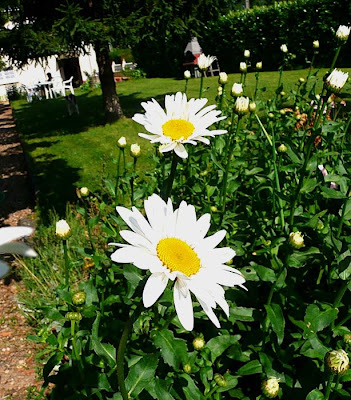 Sitting in the back yard on a warm sunny day 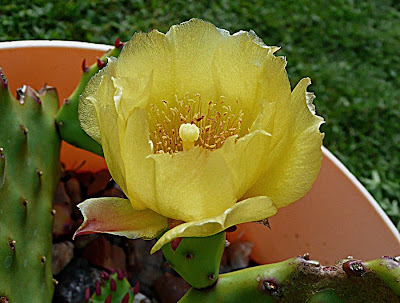 Another shot of the cactus flower
In this post I'm including some photos, partly for the colors again, but also because they give you an idea of what the weather and the vegetation around here is like right now. There are little flowers everywhere. The flowers that are looking the saddest right now are the roses, which peaked last week. Roses grow in peoples yards and gardens, not out in the vineyard, by the way.
Posted by Ken Broadhurst at 06:49