A drive in Boischaut country

Yesterday CHM and I took an afternoon drive down into the Boischaut Nord area, the north part of the Berry province that includes towns like Valençay and Palluau-sur-Indre. We wanted to go see the château in the town called Luçay-le-Mâle (picture), but when we got there we could only see the château, which is privately owned, from a distance. We rode all around the town for 30 minutes but never even found a spot from which we could take a good picture. 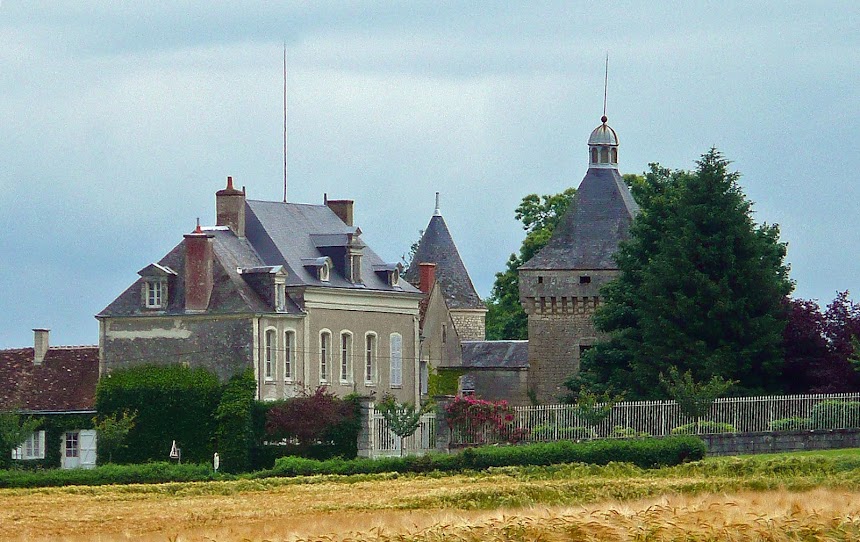 L'Allemandière
That was the kind of afternoon it was. First of all, the skies were menacing even though only a few drops of rain actually ended up falling on us. After Luçay, we drove down on narrow roads to a place called L'Allemandière. It too is private, but we managed to find a place where we could see and photograph the buildings. 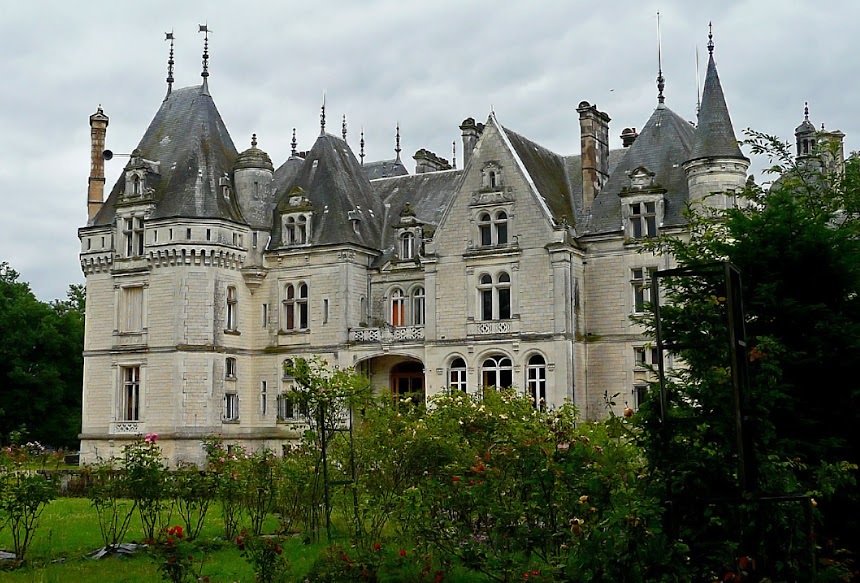 Oublaise, a Krishna spiritual center
After that, we drove on to a place called Oublaise (also spelled Oublaisse on some signs and sites) to see a château there. All these châteaux and manor houses appear on the Michelin maps of France, so you can go find them. Oublaise turned out to be a late 19th-century replica of a Renaissance-style château. And it is also a Krishna spiritual center. 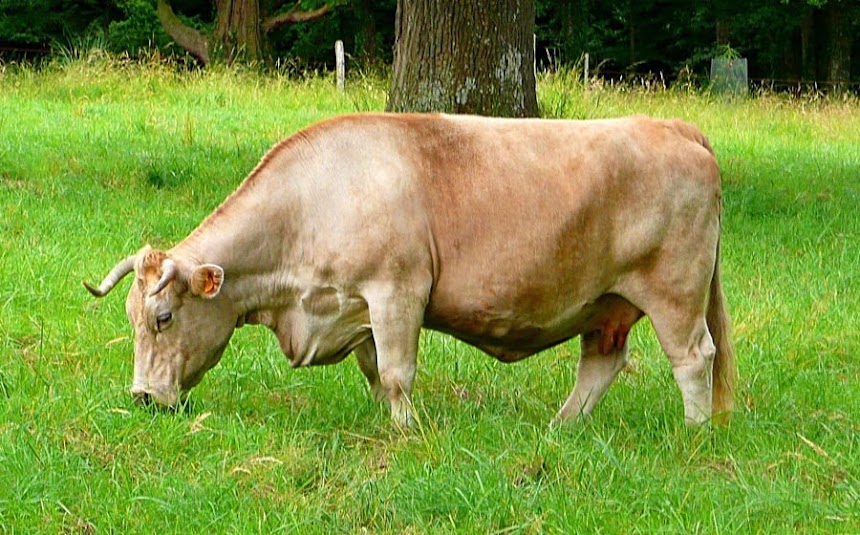 A contented-looking cow kept by the Krishnas
We talked to some of the residents and they gave us some home-made bread and cookies. They said it was fine if we walked around the château and took some pictures, and that we could come inside if we wanted. But we didn't want to disturb them any more than we already had. They were very friendly and welcoming.
After Oublaise, we drove on south to places called Les Echevées, Mizeray, and Rabry, which we saw on the map. All were screened from prying eyes by thick stands of tall trees. The people who own and/or live in them must value their privacy very highly. They don't want the curious (like us) peering at and taking pictures of their properties, I suppose, and I understand that. But the location of their houses is indicated on the maps...
Posted by Ken Broadhurst at 08:29