The cathedral at Bourges 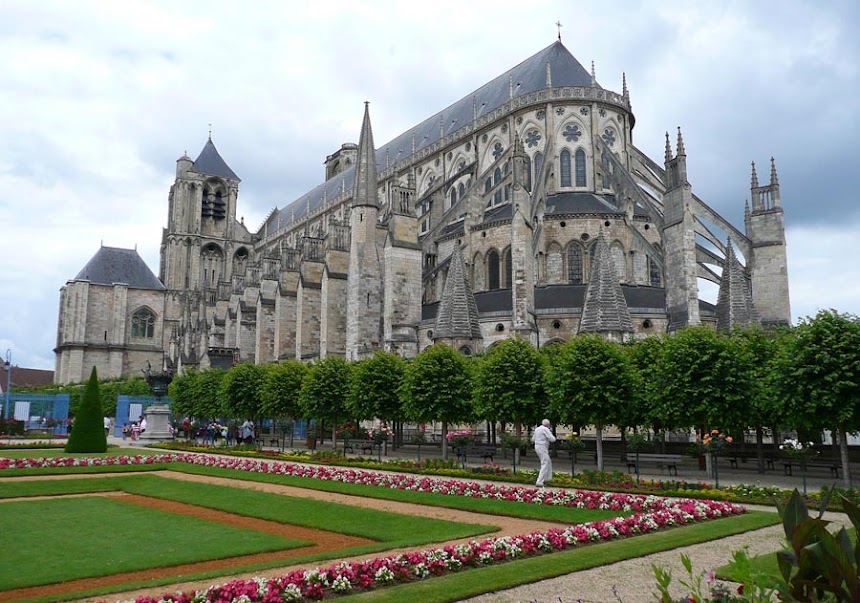 La Cathédrale de Bourges
Bourges is a small city about two hours east of Saint-Aignan. We drove over there yesterday to see the city's cathedral, one of the most remarkable in France. Many people know the cathedrals at Chartres, Reims, Rouen, and of course Paris, but the one at Bourges is just as impressive. Besides, it is surrounded by an amazingly intact Medieval quarter full of old half-timbered houses. 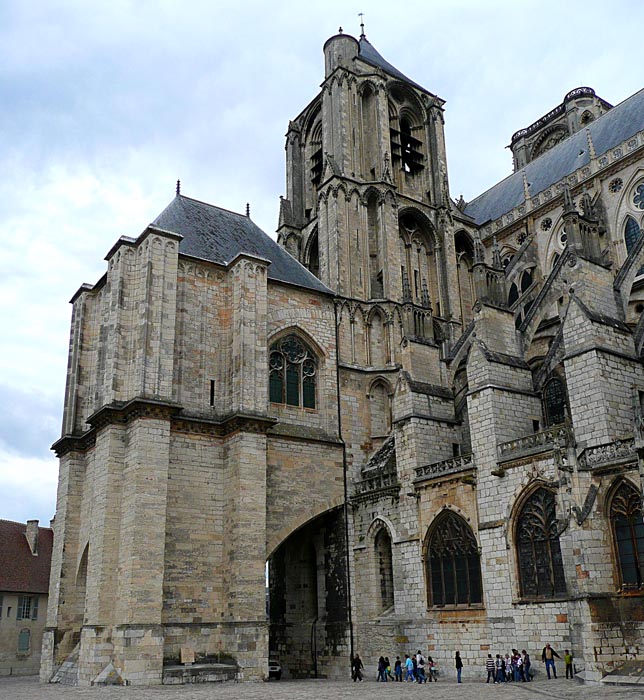 The people in this picture give you an idea
of the scale of this enormous cathedral.
In fact, the Bourges cathedral is the widest and one of the tallest in France. It was built over a period of 65 years, from 1195 to 1260, replacing an even earlier cathedral in Bourges that had been judged too small. The north tower is 65 meters high — that's 213 feet. It collapsed in the early 1500s and was rebuilt. 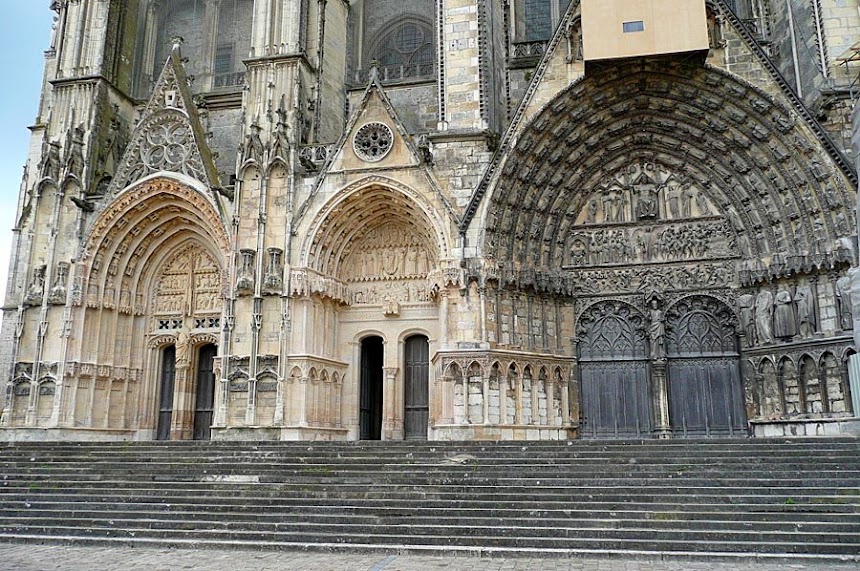 The cathedral has five entrance portals, which are being cleaned
at present. Two were hidden by scaffolding and tarpolins.
We left Saint-Aignan at about 10:00 yesterday morning and decided to take the autoroute over to Bourges. But the autoroute was closed at Romorantin for some reason, so just 20 minutes after getting on we were shunted off, and we ended up driving small roads through places named St-Julien, Graçay, and La Ferté. It was much more interesting than riding on the high-speed toll road. After some stops to take pictures, we finally arrived in Bourges at about 12:30. It was raining when we got there but the shower didn't last long. 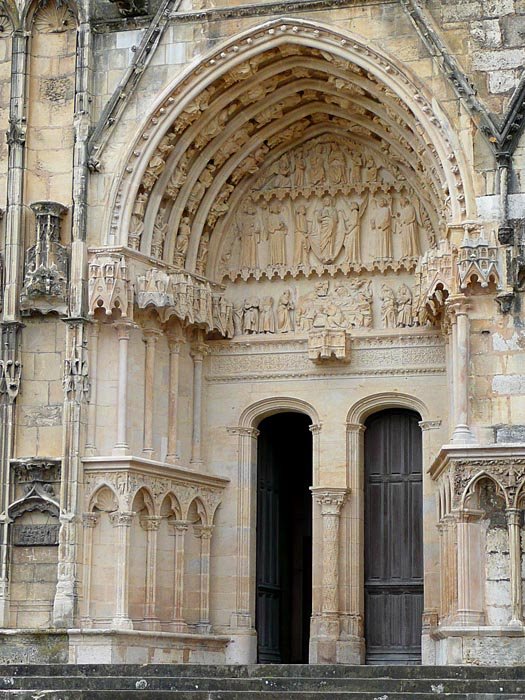 A close-up of one of the portals
I found a parking space on a street less than a block from the cathredral. The parking meter was broken, so instead of the usual parking receipt, I just put a little note in my window saying Horodateur en dérangement. I didn't get a ticket. We ate lunch in a nearby restaurant (foie de veau, calf's liver, very good) and then spent an hour or two walking around the cathedral, taking pictures of flowers in the Archbishop's Garden, and touring the inside to look at the architectural features and all the stained-glass windows. 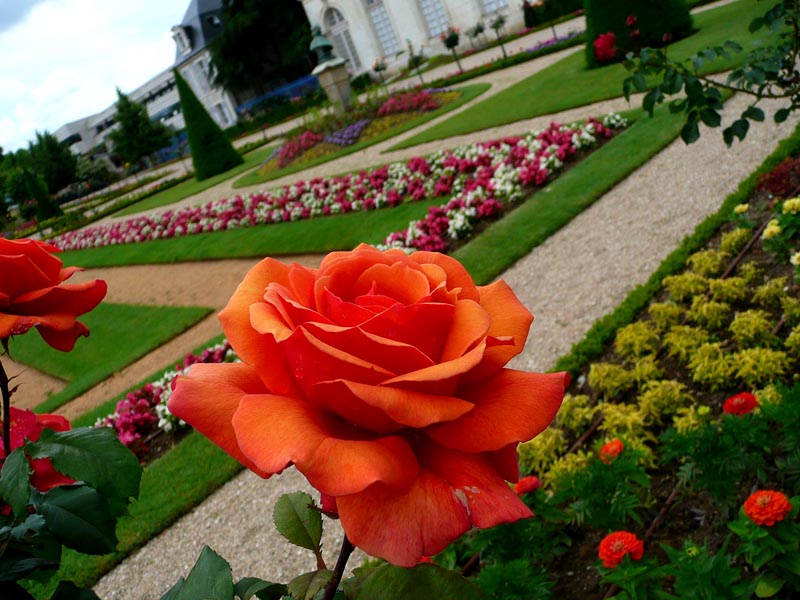 The gardens next to the cathedral, with
the archbishop's residence in the background.
It took us about three hours, with photo stops, to drive back to Saint-Aignan through St-Florent, Charost, Issoudun, Vatan, and Valençay. It's beautiful country with many little towns, churches, and châteaux.ý
Posted by Ken Broadhurst at 06:57