Walking and riding with Callie

Now that my new computer is up and running, both Walt and I are focused on trying to train Callie to enjoy riding in the car and walking on the leash. We took the dog to the vet's on Friday for a shot and a check-up, and the vet said we really ought to get Callie used to the car and the leash while she is still very young. She'll be fourth months old on June 22. 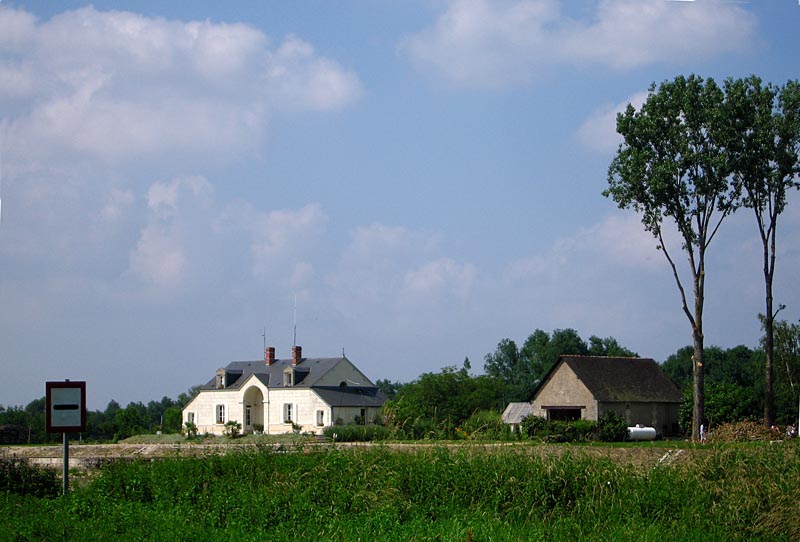 The lock-keeper's house on the Cher at Mareuil, near Saint-Aignan


Day before yesterday, I put the back seats down in the Peugeot to make a flat surface, and I laid down a couple of big old towels to catch any stray vomit coming out of the dog while we took a little driving trip. I put Callie in, despite her trembling and sullen attitude. She sat on the towels for a couple of minutes, but pretty soon she climbed down on the back seat floor and hid her head under the front passenger seat.


When we got to our destination, our friends' house out in the country about 10 miles south of Saint-Aignan, Callie jumped out of the car under her own power. We walked around the yard and house and she seemed to enjoy exploring. I didn't bother with the leash. Then I put her back into the car — she immediately hunkered down on the floor — and we drove back home. She didn't throw up. That's progress.


People keep telling me to take her on short rides and to make sure that the experience at the end of each ride is enjoyable. So yesterday I put her in the car, this time with the seats back in their normal positions and those two towels on the back seat cushions. She went for the floor immediately, again. We drove just about a mile down to the banks of the Cher river for a walk. 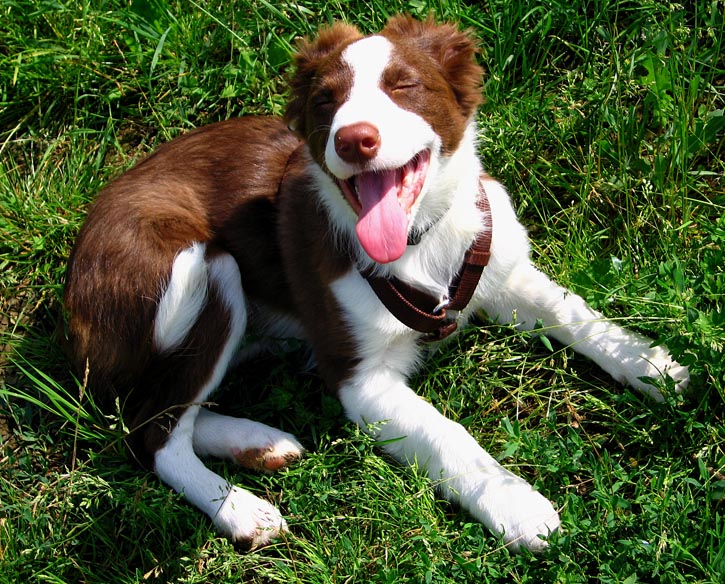 Au secours ! Sauvez-moi ! On me torture !


I had put a harness on her and carried the extension leash this time. She saw those and expected the worst, I think. To coax her along, I had in my pocket a zip-lock bag full of little chunks of Camembert and goat cheese that I thought would make good treats.


When we parked by the river, Callie at first didn't want to get out of the car. I coaxed and cajoled her, and I tried the cheese, but she wasn't having any of it. She was pouting. I had to lift her bodily out of the vehicle. 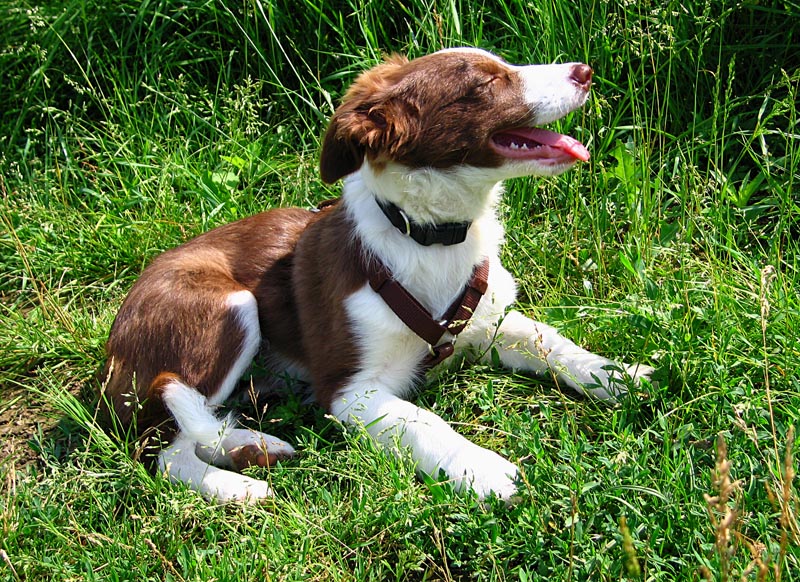 
Then she was willing to follow me along the riverside trail. I didn't use the leash, figuring that if I did she would just flop down on the ground and refuse to budge. After the first 50 steps or so, I stopped and offered her a chunk of goat cheese. She just looked at me with disdain in her eyes. I actually stuck the piece of cheese in her mouth. She spit it out into the sand. She was not a happy puppy.


So I just started walking again and she got up and followed. I tried the cheese routine again and she again spit it out onto the ground. This was the camembert, so I now knew it wasn't just because she didn't like goat cheese! 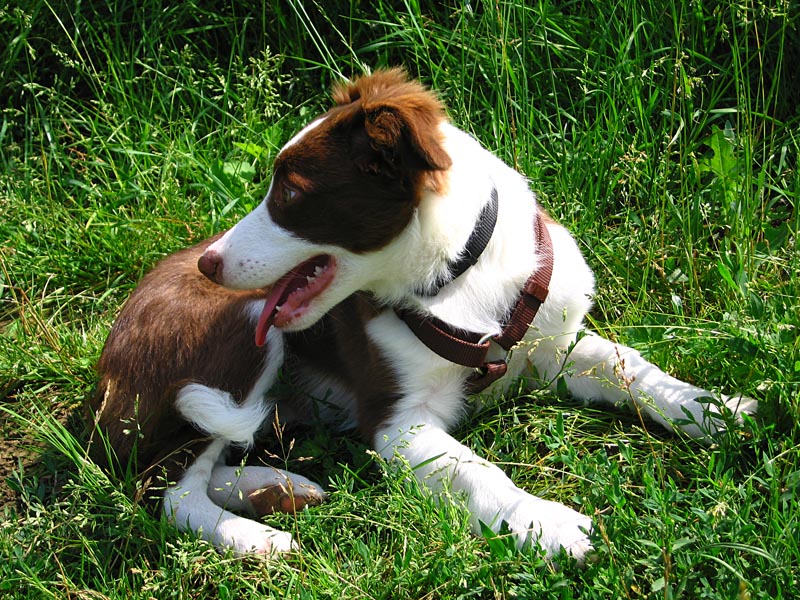 
When we had gone what I thought was far enough, I gave her another piece of cheese and this time she actually ate it. I told her we were going back to the car, and I went ahead and attached the leash to her harness. Miracle of miracles, she didn't flop down and act like she had died and gone to hell. She walked with me, not just following reluctantly but walking right alongside and even getting out ahead of me a couple of times.


When we got back the the car, she hopped right in. That's also great progress. She still hunkered down on the floor and hid her head under the seat in front of her, but hey, you can't ask the impossible.
Posted by Ken Broadhurst at 06:33