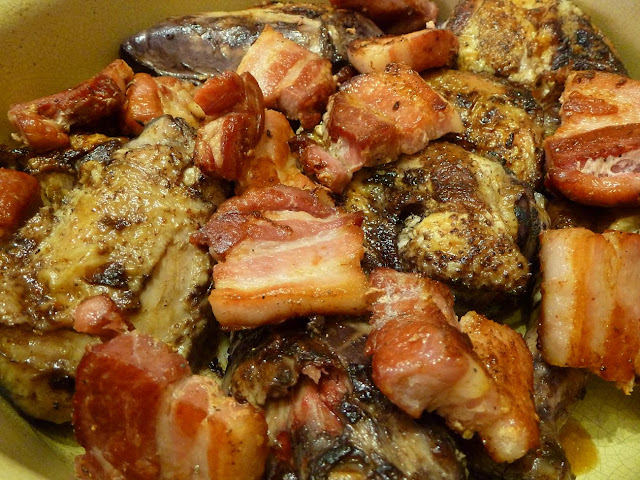 Here again is the basis for the Coq au vin-style turkey I've been blogging about. It's browned chunks of smoked pork bacon and browned turkey legs, thighs, wings, and breast halves. They're in the baking dish, ready to have the slightly cooked vegetables and red-wine marinade poured over them. 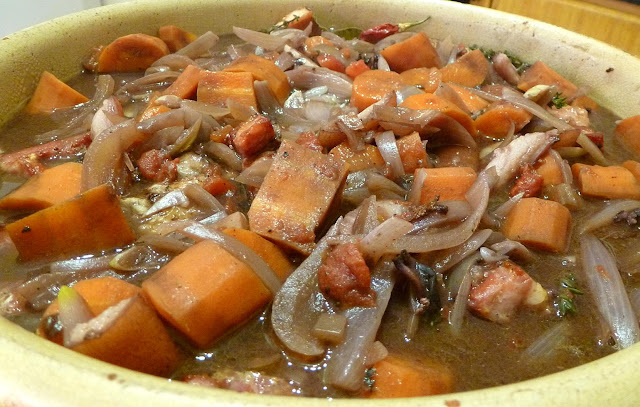 And yes, all the meat is under there. The vegetables are carrots, onions, and garlic. They've been lightly cooked or "sweated" and then simmered for a short time in the marinating liquid — mainly to bring the liquid up to the boil so it would thicken and then go into the oven hot. 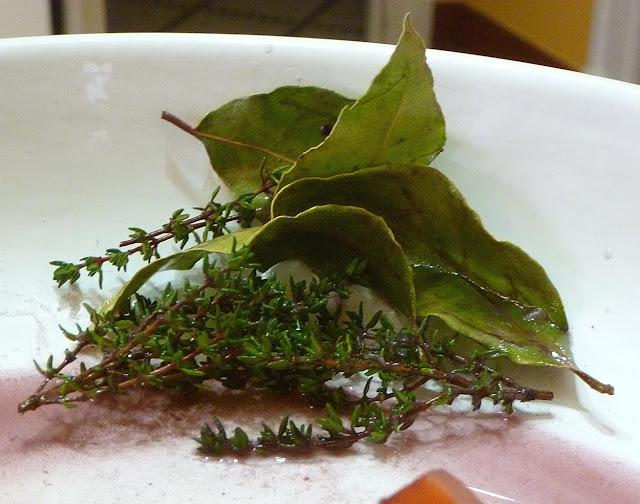 There's also an herb "bouquet" in there. I just used sprigs of thyme and a few bay leaves (both from the back yard) that had marinated with the poultry, pork, and vegetables. I also put in a couple of little habanero peppers that Walt grew last summer. 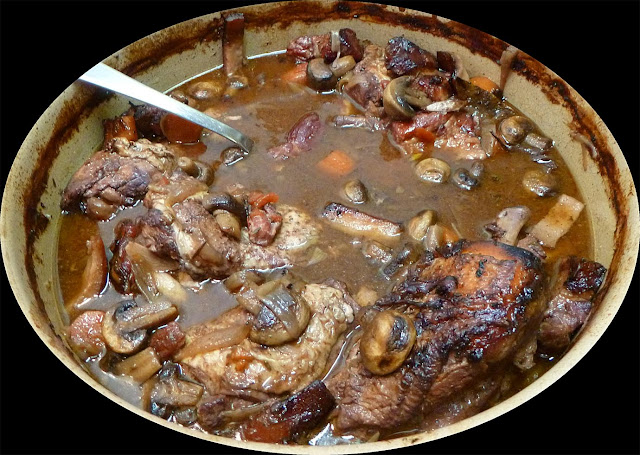 So here it is. This is not the prettiest photo because I had already taken some of the turkey out of the dish. Call it blogging-vérité. Toward the end of the cooking time, I had sauteed half a pound of button mushrooms and added them to the stew. 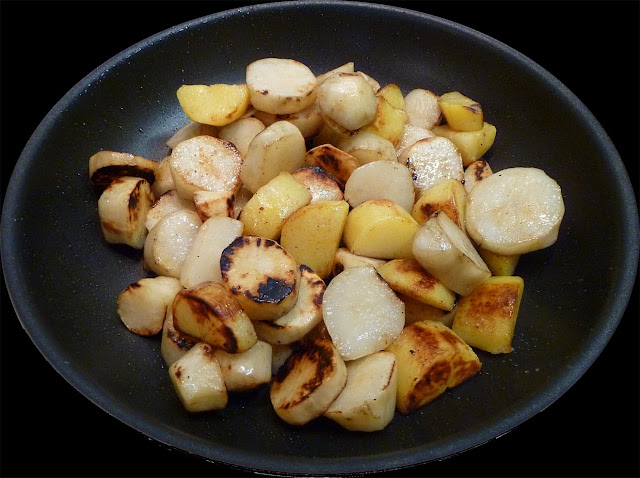 As a side dish, we peeled, sliced, steamed and then sauteed some Jerusalem artichokes (topinambours) and a couple of potatoes. The Coq au vin would also be good with mashed potatoes, pasta, or even rice.