At some point earlier this month, I realized I had bought far too many kinds of cheese over the holidays. Having lots of left-over cheese is pretty much inevitable in France. Several pieces were lurking in the cheese drawer in the refrigerator, including some that hadn't even been cut into yet. One of those was a heart-shaped Normandy cheese called Neufchâtel. It's one of my favorite cow's milk cheeses. 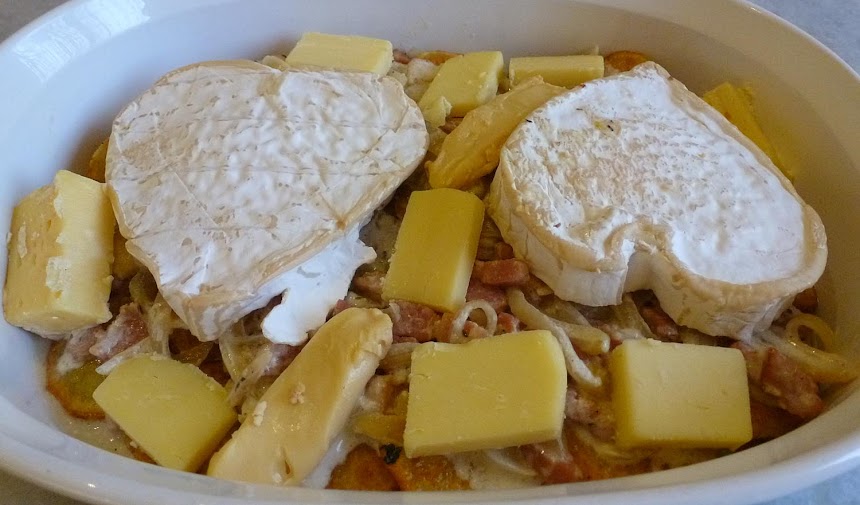 I decided that the best way to eat the little pieces of left-over cheese and the whole Neufchâtel would be to make a dish of  "au gratin" potatoes with melted cheese. In the Alps, this kind of dish is called une tartiflette and is made with the local Reblochon cheese. In the Auvergne mountains, it's called une truffade and is made with the local Cantal or Salers cheese. These are wintertime "comfort" foods. 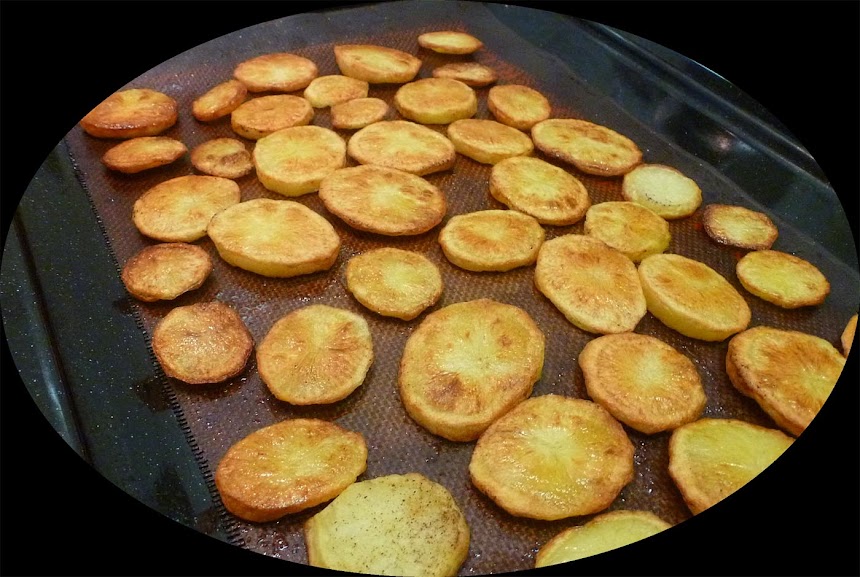 The first step was to peel, slice, and brown the potatoes — about a kilogram of them.  It seemed like the easiest way to brown them would be to arrange them on silpat (or parchment papier de cuisson), brush them with oil, and put them in the oven to cook and get golden brown on top. Actually, you don't really need to brown the potatoes. You could use steamed or boiled potato slices, but the browning does add flavor and texture. 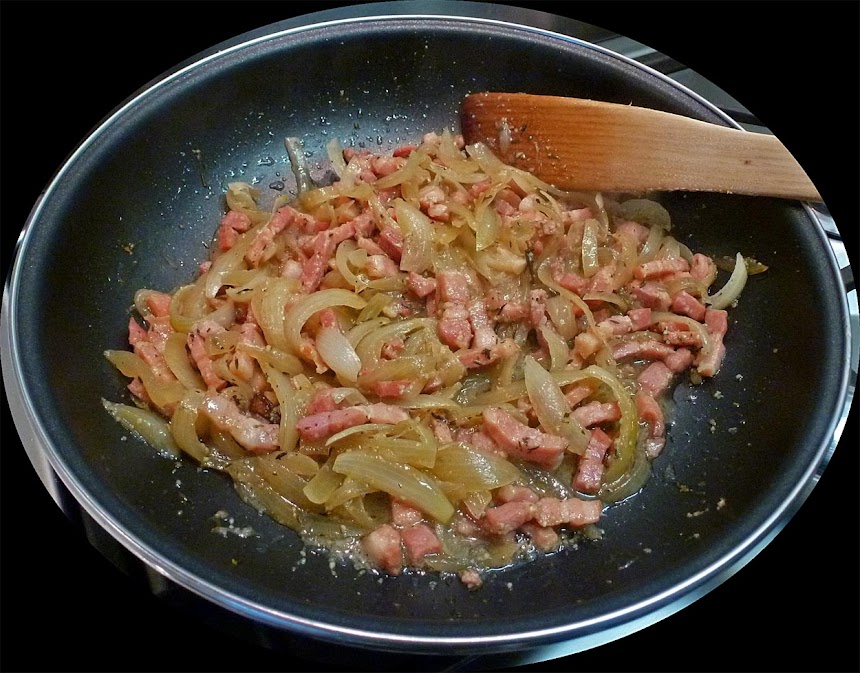 Meanwhile, recipes like tartiflette and truffade include flavor ingredients including onions, garlic, smoked pork lardons (bacon), and, for tartiflette, small amounts of cream and white wine. I had all those things in the fridge too. While the potatoes were browning in the oven, I cooked the bacon and onions in a pan on top of the stove. 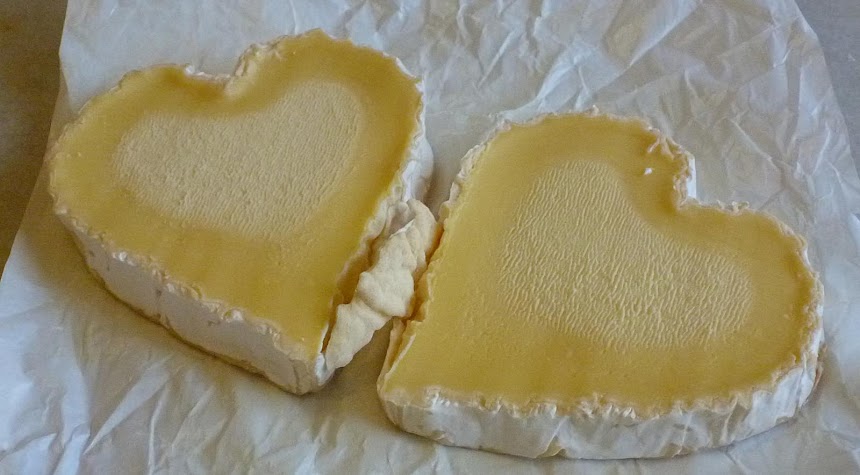 Finally, the idea is to cut the main cheese through the middle horizontally, as is done with Reblochon for a tartiflette. The other pieces of cheese I had left over were Munster, Pont-l'Evêque, and Cheddar, if I can trust my memory. Use whatever melts well. 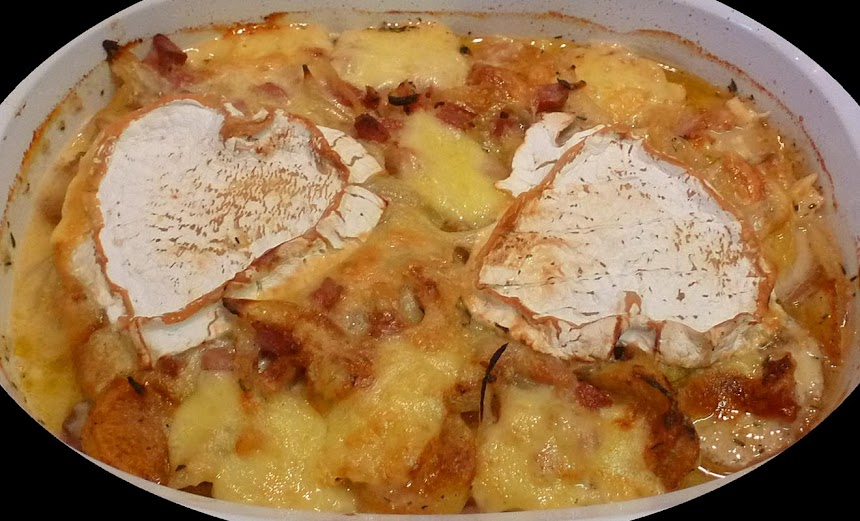 I did the Neufchâtel the way I would do Reblochon for a tartiflette. You could do the same with a Camembert or a small Brie. I cut it and put the cut side down on top of the potatoes after making layers of golden brown potato slices and the bacon-onion mixture. That way, the soft center of the cheese melts down into the potatoes, and the cheese crust gets, well, crustier. Pour on a little cream and wine — just enough to moisten the potatoes. Bake in a hot oven. This was a success.
Posted by Ken Broadhurst at 06:50