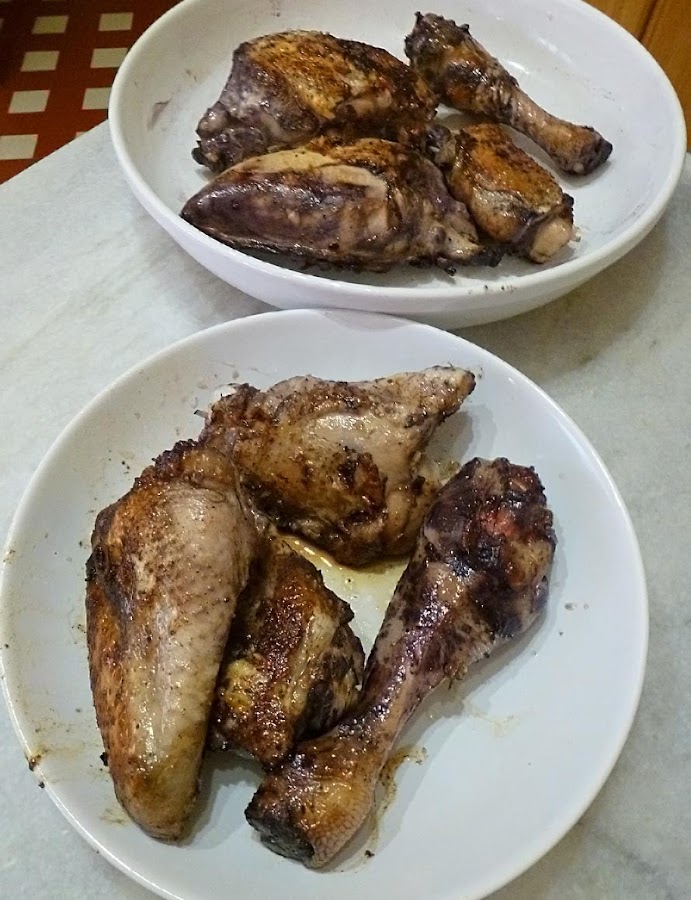 With the turkey or chicken marinated and drained, and the bacon or smoked pork lardons sauteed, the next step in making Coq au vin is to brown the poultry pieces. You can brown them in bacon or pork fat, in vegetable or olive oil, or in butter. I like to do this in a big pot with high sides, because it's less messy. The splattering is contained and not all over the stove and walls! Another option is to put the poultry pieces on a baking pan and set the pan in a hot oven long enough to do the browning. I did the browning in two batches in a big pot. 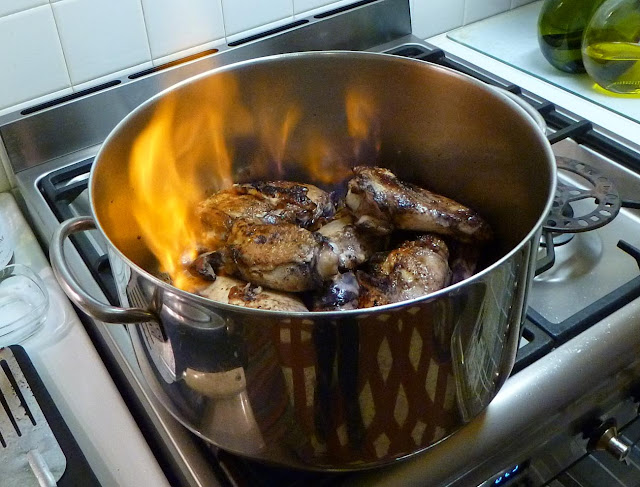 One advantage of browning the poultry in a pot is that you can flame it with cognac. The flaming is absolutely optional. You can put the cognac in without flaming it, or leave it out entirely. 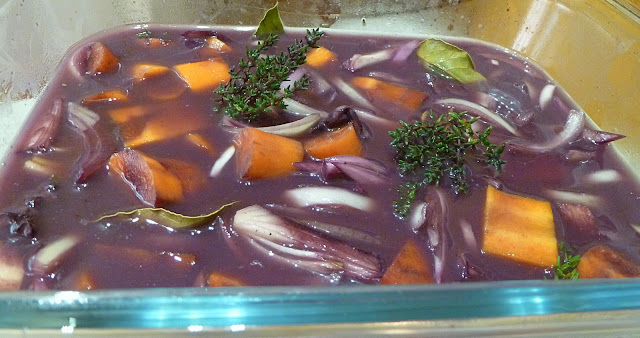 Reserve the browned turkey or chicken pieces while you strain the wine marinade. Don't throw anything away. Next, "sweat" (lightly cook) the carrots, onions, and garlic in the same pan or pot you browned the pork and/or poultry in (if that's how you did it). 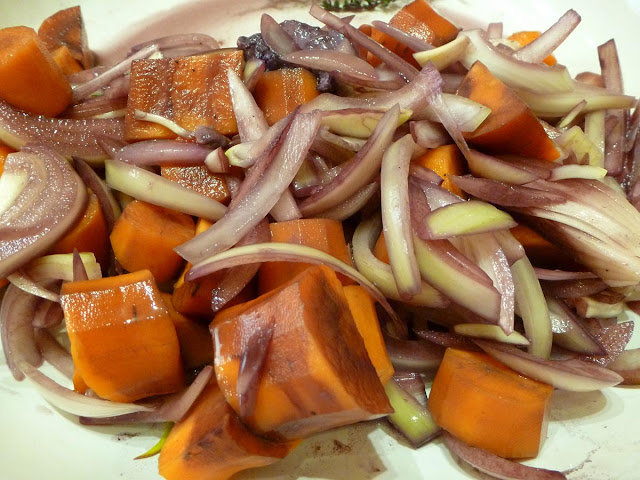 When the extra liquid from the marinated vegetables has mostly evaporated, sprinkle a quarter-cup of flour over the vegetables and stir everything around well. Don't overdo the thickening — better thin than gloppy. After two or three minutes, pour the marinade liquid into the pot and drop in the herbs (thyme, bay leaves) that you had also put into the marinade. The liquid will start to thicken slightly. Add 1½ cups of turkey or chicken broth, plus, optionally, a tablespoon or two or tomato sauce or paste (for color as much as flavor). Salt and pepper to taste. 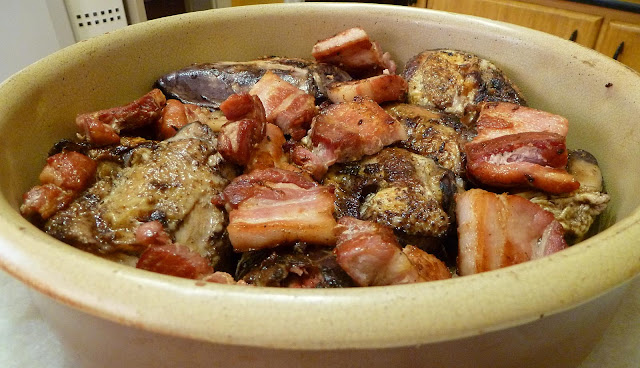