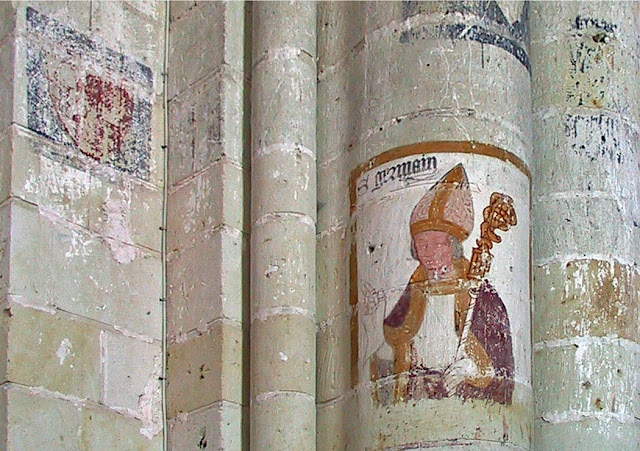 The Michelin Guide Vert mentions that there are a few 15th century wall paintings remaining in the church at Cunault. Here are some I took photos of on my last visit there. 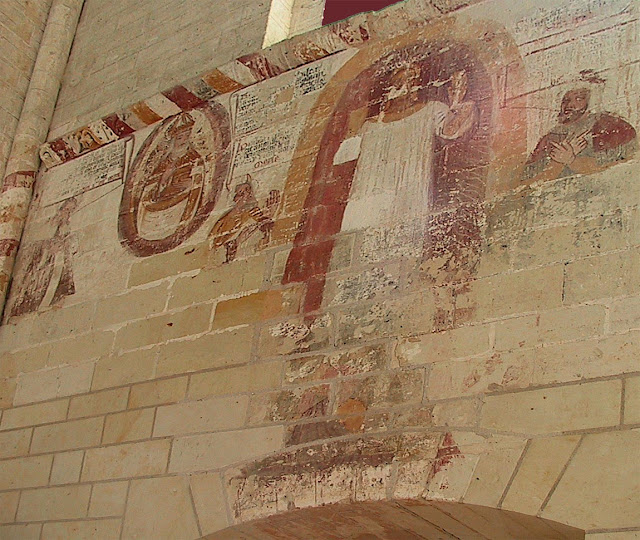 I don't really know anything about these paintings, but there must have been many more of them decorating the walls and columns of the church all those centuries ago. 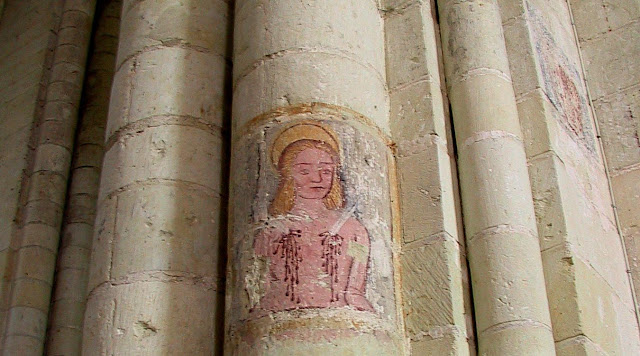 In the mid-19th century the church was classified as a monument historique by the French government. A report from that time describes the church as privately owned and in pitiful condition. 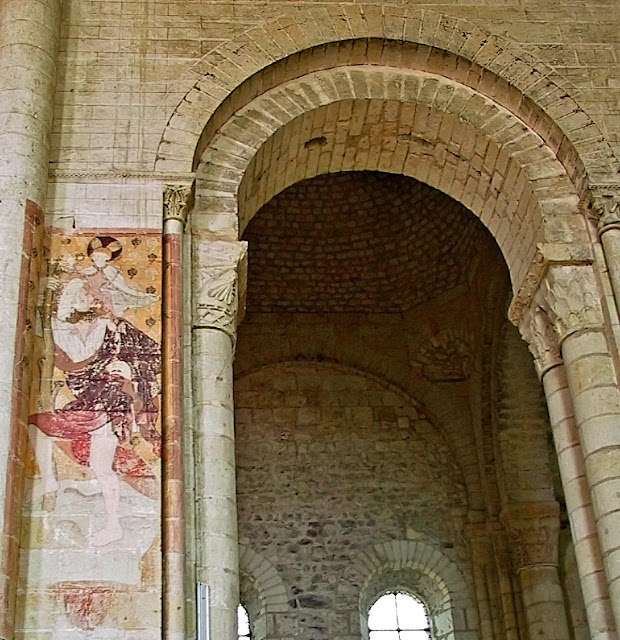 A famously miserly and wealthy man named Mr. Dupuis-Charlemagne, who lived in nearby Saumur, owned the church building, which he used as a warehouse to store wood and other stuff. He had two "doors" — crude openings, really — cut through the north and south walls of the church for the convenience of his workers. 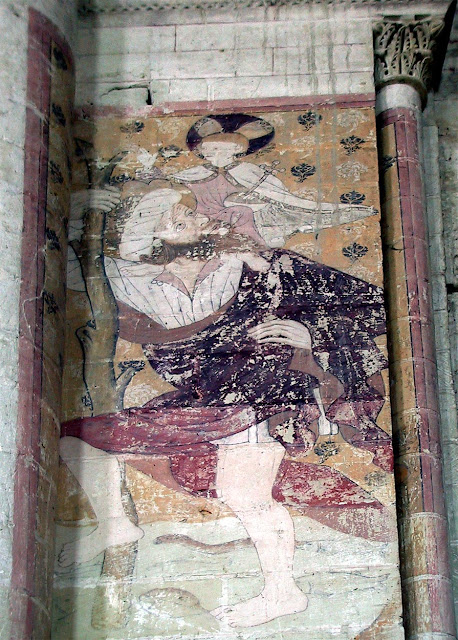 It's amazing that any of these paintings survived the neglect and mistreatment the church suffered over the centuries. The so-called "restorations" of the nineteenth-century often did much damage to churches like Notre-Dame de Cunault as well.
Posted by Ken Broadhurst at 07:00