Guess what — it's raining again this morning. Yesterday the morning walk with Natasha the sheltie dog got washed out. Besides, when we went out in the rain at about 8:45, a procession of cars drove into the vineyard. The drivers were hunters, carrying shotguns, out for an organized hunt called une battue, which I suppose means that they "beat the bushes" to flush out game. In this case, it was a fox hunt. Foxes are treated as pests here. 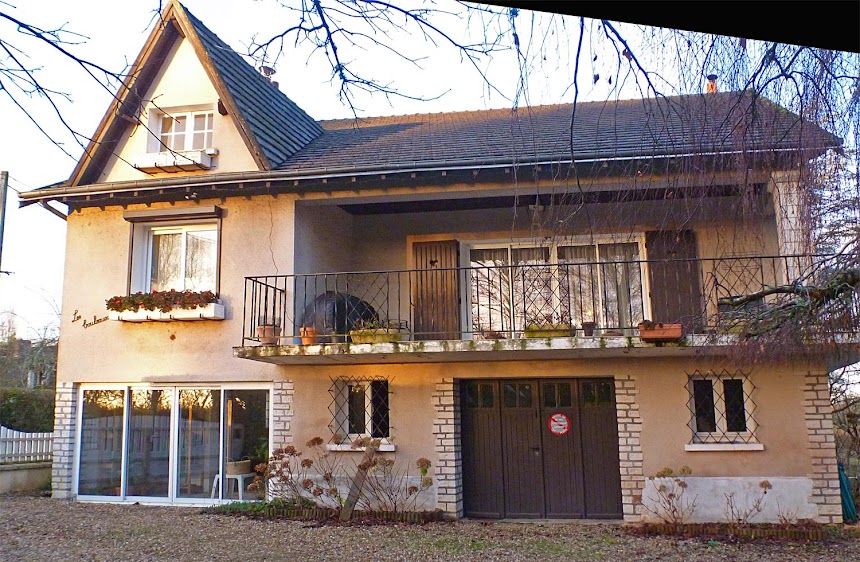 Here's a photo of our house in wintertime. As you can see, the edge of the terrace now has a lot of moss and algae (I guess that's what it is) growing on it. It's been that damp. But we still have geraniums blooming in the kitchen window planter boxes. It's been that mild. For a month or two now, a little bat has been spending the daylight hours behind one of the big brown shutters on the terrace. 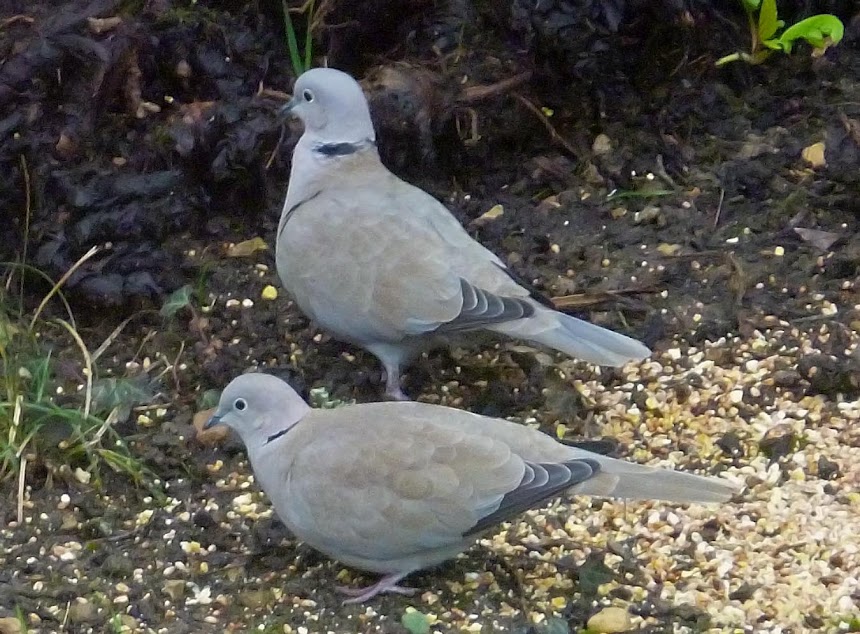 Two tourterelles have discovered a food source under the bird feeder we have hanging from the branch of a maple tree out front. Other birds perch on the feeder and end up throwing a lot of seeds on the ground. The tourterelles (turtledoves) are not too proud to scavenge there. Once it a while we see jays, wood pigeons, blackbirds, or robins out there. 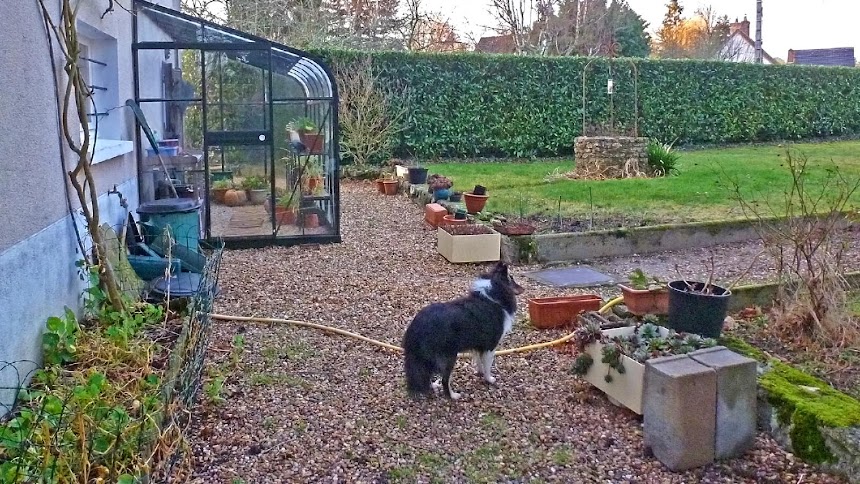 Out back, we didn't get as much cleaning-up done back in the fall as we would have wanted to do. That green garbage can has not garbage but potting soil in it. Anyway, the plants we left outdoors don't mind cold weather — if we ever have any this winter, they'll be fine. This morning the temperature is close to 12ºC. That's getting into the mid-50s in ºF, and is much warmer than normal. Tasha is surveying the yard.
Posted by Ken Broadhurst at 06:30