One of the key figures in the history of Christianity in Europe — especially here in the Loire Valley — is the man called saint Martin de Tours. Martin was a Roman soldier born in the early part of the 4th century (316 or 336, depending on who you believe) and deceased at the end of that century. He converted to Christianity in mid-life and then converted a lot of other people in the Loire Valley. One of his disciples was a man named Maxenceul, also a saint, who evangelized the area west of Tours, near Saumur on the Loire, where the Eglise Notre-Dame de Cunault now stands. 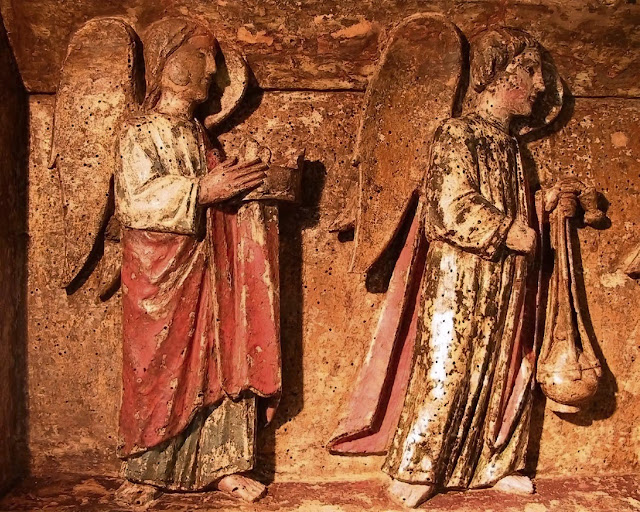 Without doubt, one of the most amazing things there is to see at Cunault is a reliquary chest — une châsse in French — that is said to have been carved from a massive piece of walnut wood in the 13th century. The word châsse is etymologically related to "case", "cassette", and French caisse, meaning "trunk" or "crate". One source I read says that the poly-chrome painting is not original but a later "improvement" (no date specified). 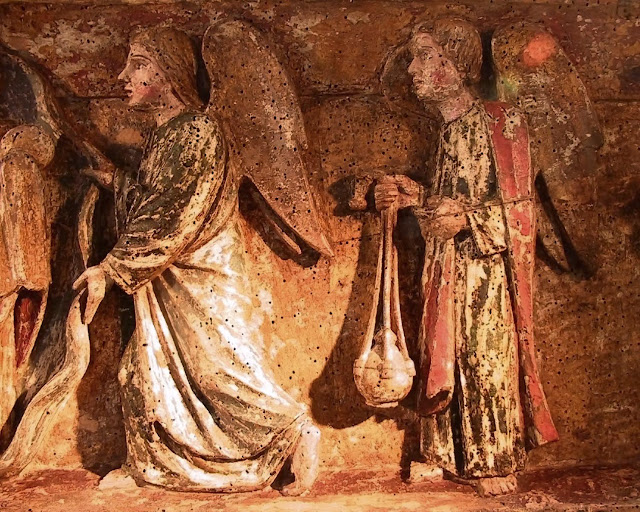 Maxenceul lived nearly a thousand years earlier than the 13th century. He founded a monastery in the Cunault area, on the model of Martin's in Tours. Five hundred years after its founding the Normans (Norsemen, Vikings) invaded central France, pushing up the Loire River. The religious community at Cunault had to retreat eastward. 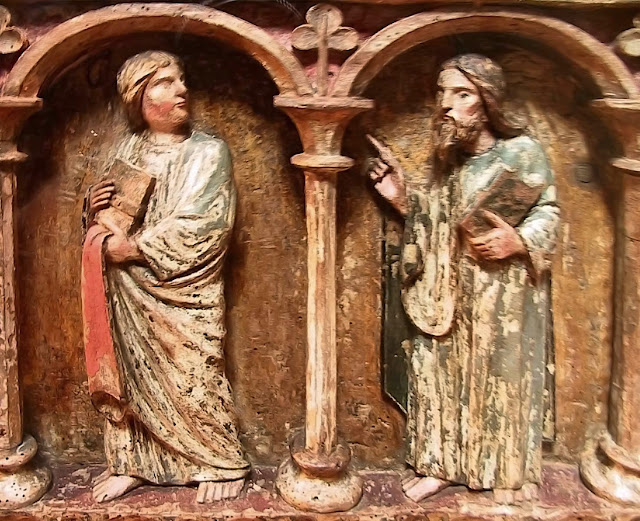 The monks ended up in Burgundy, carrying the "relics" or remains of Maxenceul with them. A few decades later, when calm returned to the Saumur area, a few of the monks from Cunault returned. With the support of the dukes of Anjou, including Foulques Nerra, they founded a new monastery and built the Cunault church, which was built between the 11th and the 13th centuries. Sometime around the time the church was being completed, some artist or group of artists carved a chest to keep the revered "relics" of Maxenceul in. 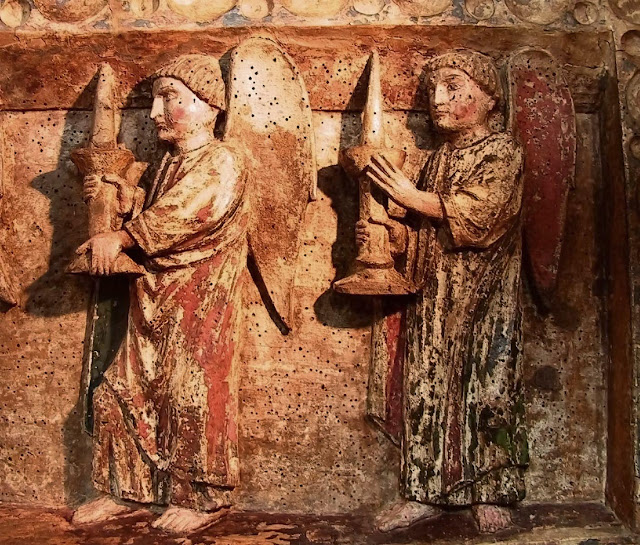 I read in another account that one of the miracles cited at the time of Maxenceul's beatification was something that happened in the 16th or 17th century, during the wars of religion. The reliquary chest that supposedly contains Maxenceul's relics (there is some doubt about what is actually inside the chest) was thrown into waters of the Loire by Huguenots. Instead of sinking and being lost, it miraculously floated a few miles downstream and washed up on the banks of the river. Wood floating — imagine! 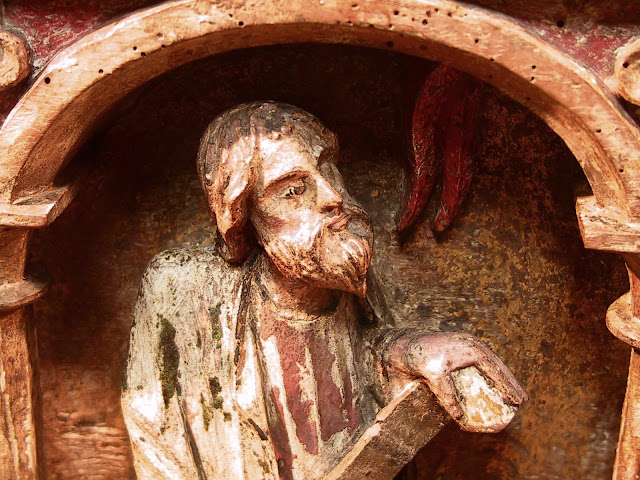 I wonder if the chest was painted after that incident. Anyway, it's a beautiful piece of work. I was lucky to have good light conditions back in July 2006 when I took these pictures. I wasn't using a tripod, and my camera then was vintage 1999. Maybe these photos are another miracle! I have some more that I will post tomorrow.
Posted by Ken Broadhurst at 06:45