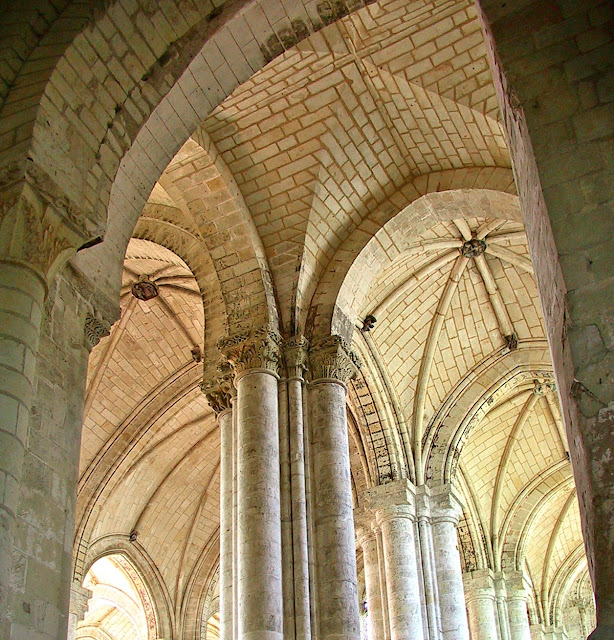 Of the Église priorale de Notre-Dame de Cunault, the Michelin Guide Vert says that from the outside, the church offers the eye nothing noticeably extraordinary (« n'offre rien qui retienne véritablement l'attention »). It goes on to mention the "massive" bell tower with its stone steeple and the church's "wide and flat" façade. 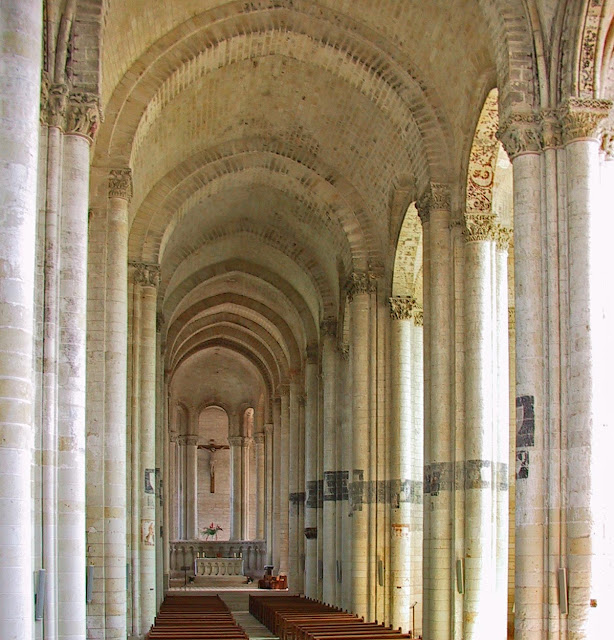 So what you see once you go inside is almost astonishing. You might be amazed by the breadth and height of the columns holding up the vaulted ceiling and roof. Quoting the Guide Vert, « on reste saisi par l'ampleur et la hauteur des piliers... » Cunault is "one of the largest Romanesque edifices in western France," according to the Cadogan Loire guidebook. 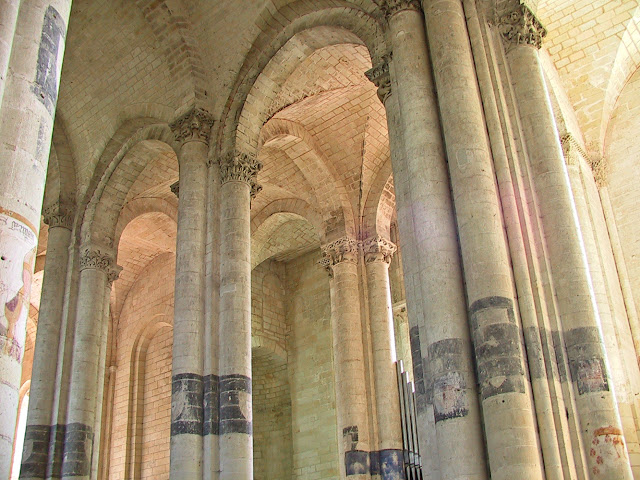 Monks fleeing the 9th-century Norsemen who invaded their island, Noirmoutier, off France's Atlantic coast, founded the abbey at Cunault further inland in the year 847 of our era. Only 15 years later, the invading Norsemen forced the religious community to move much farther east, all the way to Burgundy. 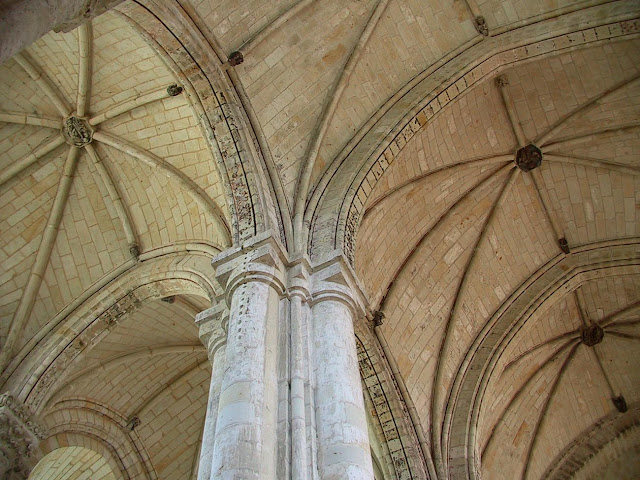 Decades later, the monks returned to Cunault and built an abbey church in the style of the Benedictine churches of Burgundy. It was designed to accommodate large crowds and processions of the faithful on annual pilgrimages to the site. Of the monastery, only the church built in the 11th to 13th centuries survives. 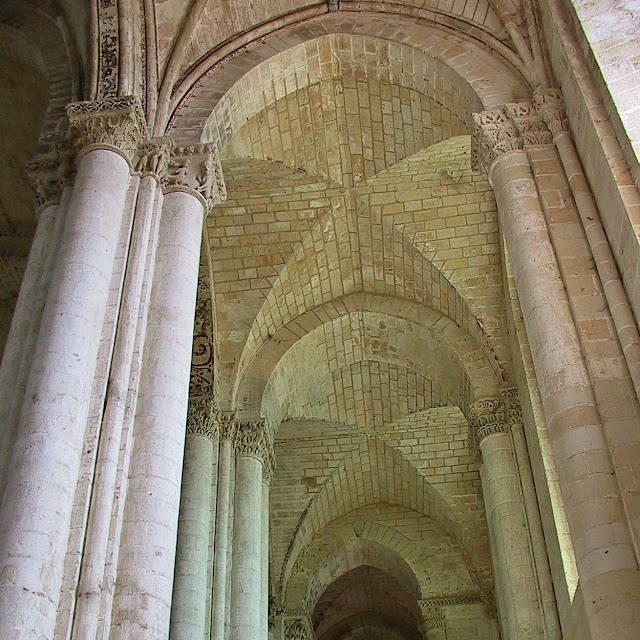 In medieval times, Cunault was  a prosperous river port on the Loire. It's not far from the town of Saumur, and the city of Angers less than an hour away by car. The author of the Cadogan guidebook describes the surrounding area along the south bank of the river as "a string of utterly charming Loire-side old villages" with several beautiful churches and the ruins of an old fortress set in "delightfully wooded" countryside with nice river views.