The river is an important part of the landscape at Chinon, as rivers are in so many French towns and cities (Tours, Blois, Orléans, Paris, Saint-Aignan... need I go on?). The river at Chinon is a medium-size tributary of the Loire — at 1000 km (600 mi.), the Loire is the longest river that runs entirely on French territory.

I see little skiffs like this one on all the rivers around here — on the Vienne at Chinon, the Cher at Saint-Aignan and Montrichard, the Creuse at Descartes... "Skiff" is the term I would use for such a little boat in North Carolina. I think it's called « une barque » in French. Above is the Vienne as it flows past the western end of the town of Chinon. The river's headwaters are 350 km (200 mi.) away, and it flows into the Loire just 12 km (7 miles) west of town. 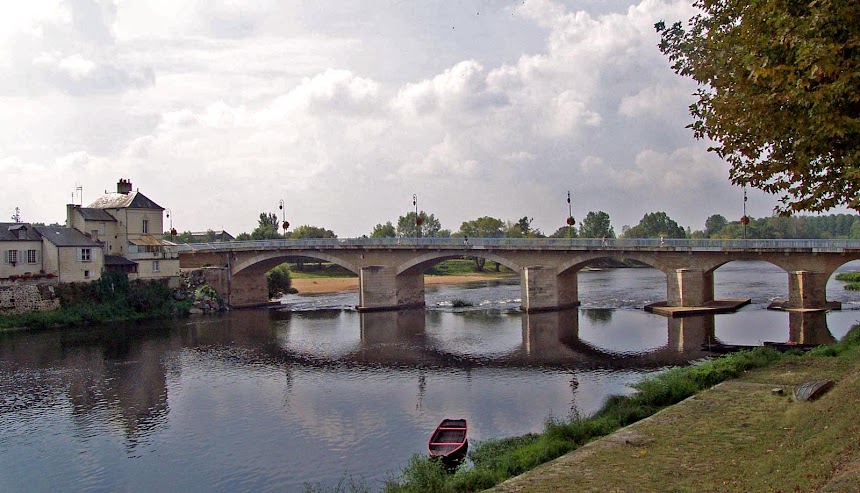 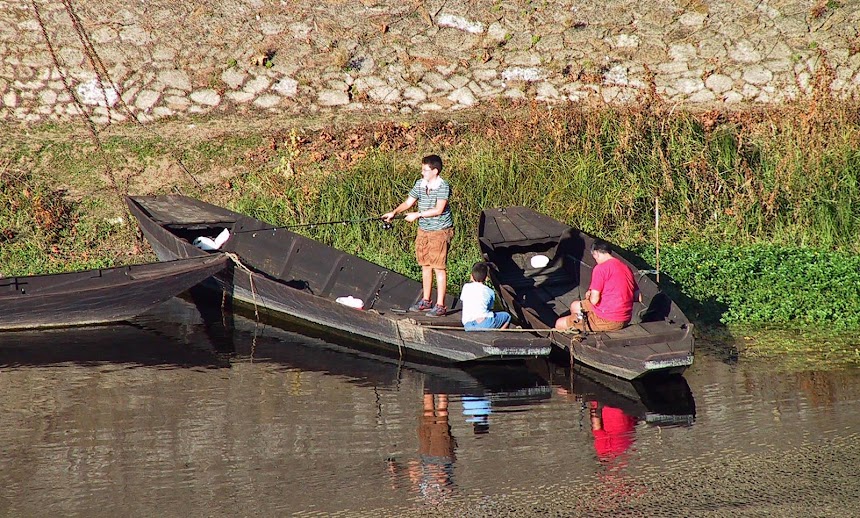 And this last photo looks like a father-and-sons' fishing outing to me. They had nice weather for it.
Posted by Ken Broadhurst at 07:15