Did you know that one of the most popular and recognizable French songs of the past three or four decades is called « Quelque chose de Tennessee »? It's not about the U.S. state of Tennessee, but about the American writer named Tennessee Williams. It was written and recorded by Michel Berger, who died 25 years ago, but it was specifically written for the recently deceased French rock and pop star Johnny Hallyday. The title above is a link to Johnny's version on YouTube, showing audience members singing along— very French. The song was also recorded by Berger and Hallyday together in 1985, when Johnny was younger. 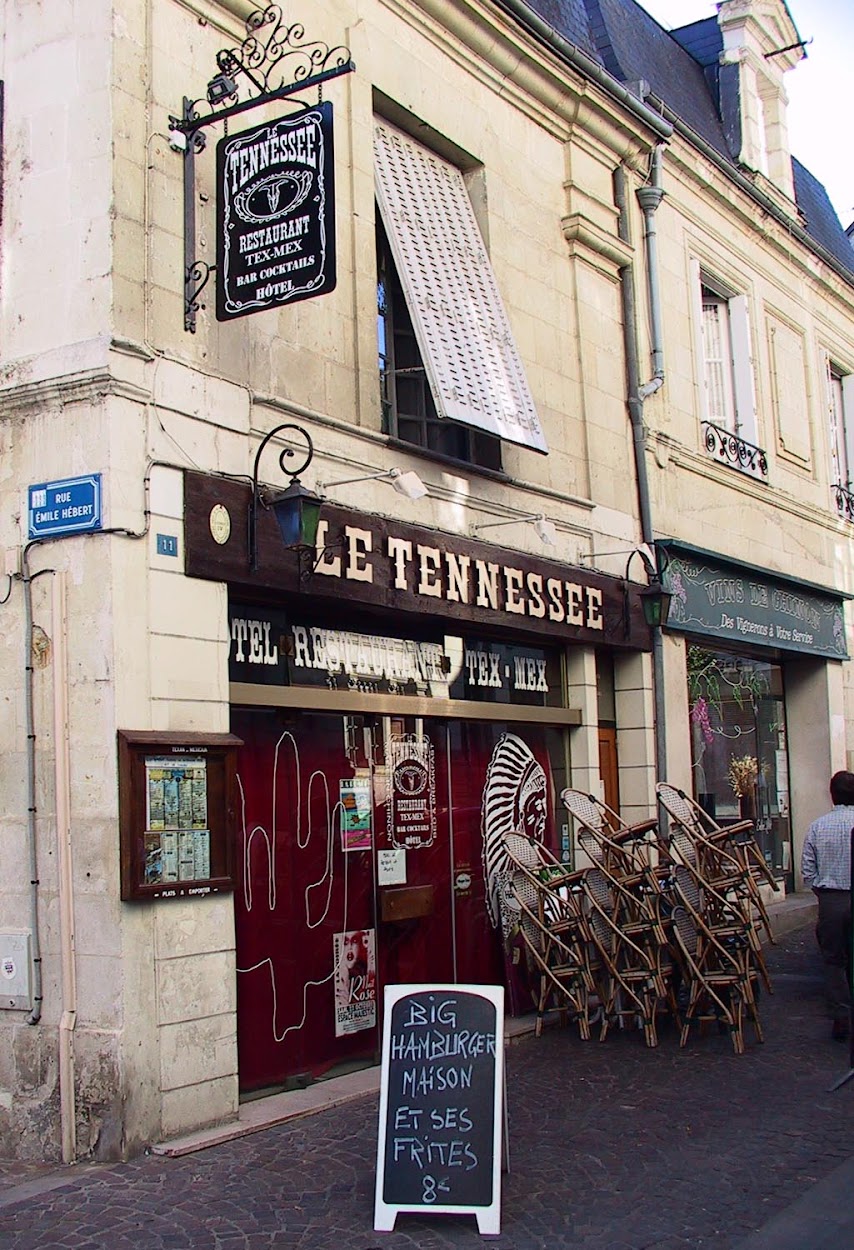 I took the photo above in Chinon in September 2003. Why a Tex-Mex restaurant would be called Le Tennessee, and not Le Texas, I don't know. It's probably not the kind of place you would be interested in if your were on a holiday in France. But when you live here full-time, as an American expatriate, you might be tempted. I see extremely mixed reviews of Le Tennessee on Trip Advisor. And on another web site I see that the restaurant may well have gone out of business. Too bad. Hope you enjoy the Johnny Hallyday clip. It might give you a new view of him and his music, and an idea about how people here loved and admired him. You can read the lyrics here.
Posted by Ken Broadhurst at 06:35