A dry sunset for a change

It's raining this morning, but the sun was shining yesterday afternoon during my walk in the vineyard with Natasha. She was happy and so was I. And it was relatively warm at about 55ºF. I don't often get to take sunset photos at this time of year.

Predictions are for fairly heavy rain today. That's not a huge problem here, as far as I know, even though the Cher River down the hill is slightly out of its banks. The bigger problem is Paris, where the Seine may well crest on Saturday at even higher levels than we saw during the floods of May and June 2016. It all depends on how much rain falls today. 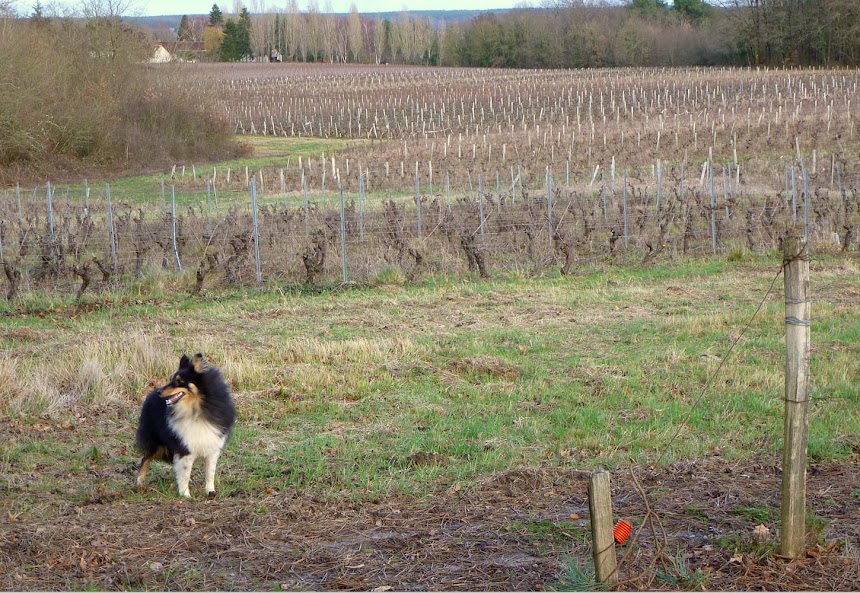 Already, the expressways and train tracks that run along the banks of the Seine through central Paris are flooded or so at risk of flooding that they have been closed for safety reasons. The RER-C trains along the left bank of the river are not running and the line won't re-open before next Wednesday.

We are in no danger of flooding where we live, but we always worry about leaks that might cause water damage inside the house. So far so good — the kitchen ceiling is dry for now. By the way, Bertie the black cat just came inside, soaking wet. He let me dry him off with a towel. He spends most of his days in the house right now.
Posted by Ken Broadhurst at 06:45