I've had my eight-hour snooze now and it's still not even midnight on the U.S. East Coast, where I'm from and still have family. So I can wish you Happy New Year without feeling like I'm late. In France, it's 6 a.m. on January 1 as I type this. 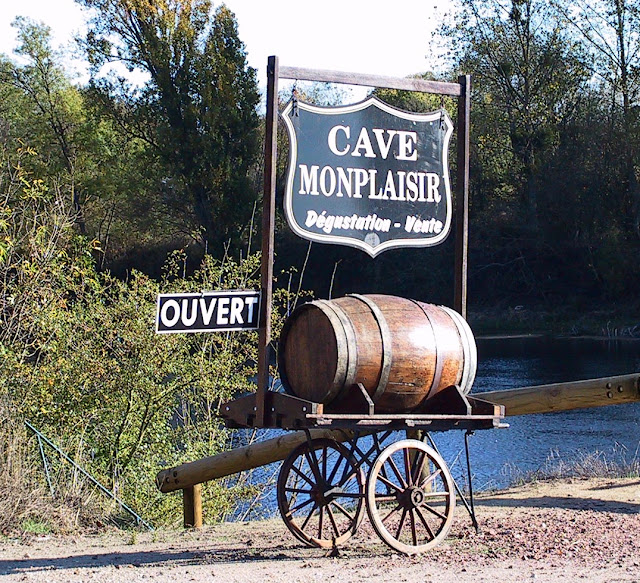 Today is a cassoulet day for us. I made confit de canard a month ago, and we'll have it with white beans cooked in duck fat and some sausages, for our New Year's Day dinner. Eating white beans is for me the French equivalent of eating black-eyed peas on January 1. We'll have some good Cahors vin noir with the duck and beans. The photos in this post, however, show a wine cave we have visited several times in Chinon, where a fine red wine is made from Cabernet Franc grapes. 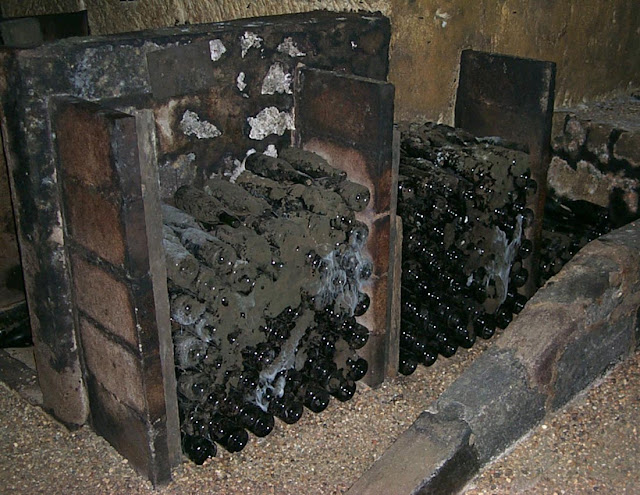 I've been off to the past and to some favorite places around the Loire Valley and Touraine over the past five or six weeks — on this blog, I mean. This is the time of year when the hours of daylight are short, and when even the days are dark because of persistent overcast and fog. (The mold and mildew you see in the pictures here is a good indication of the kind of winter weather we've had to get used to, living here.) 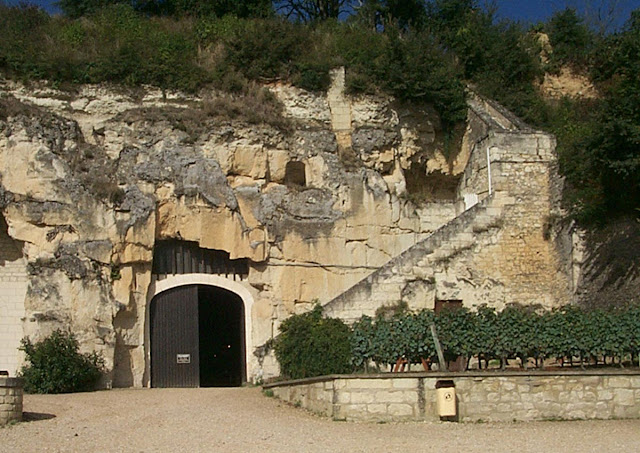 So about the only photography I can do has to be done indoors, and that means the kitchen. Never fear, I have been cooking as usual, and even taking some pictures, but I haven't been posting them. Maybe later. Cuisses de canard confites. Chestnut, chicken liver, and sausage stuffing for the Christmas turkey. Gratin d'endives aux jambon. Et ainsi de suite. 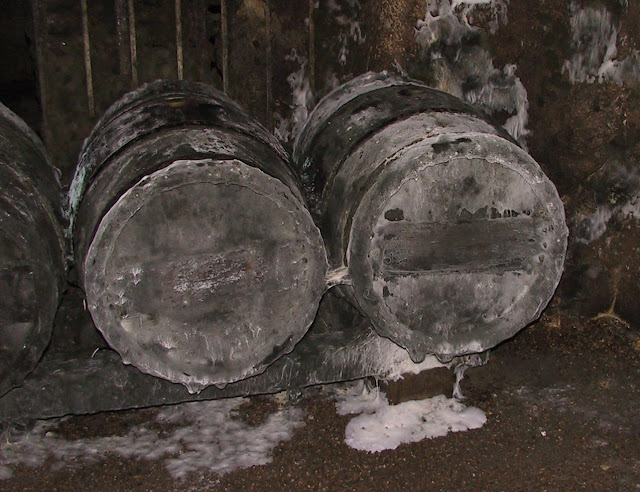 Another reason picture-taking has been hard this year is because up until recently we've had to walk Tasha on a leash. She was too tempted to run off in pursuit of a deer, a pheasant, or some other animal out in the vineyard. She's too young to run free that way, and it's dangerous. Thus the leash. 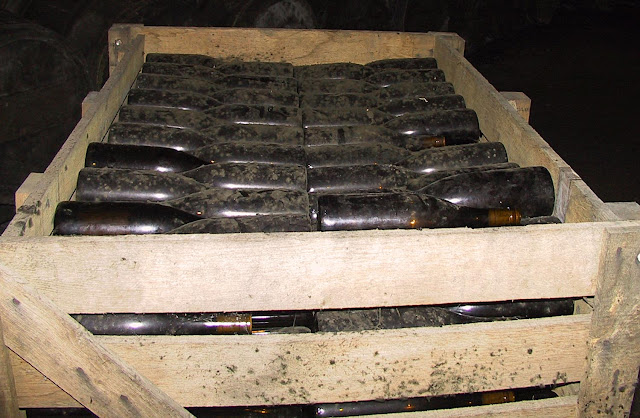 Well, the good news is that Tasha seems to have understood that we want her to stay close to us when we go outside together. For the past week or ten days, I've been walking her more and more, and farther and farther, without the leash. That makes the walks more fun for both of us, and it means I'll be able to start taking outdoor photos again if the weather ever gets better. 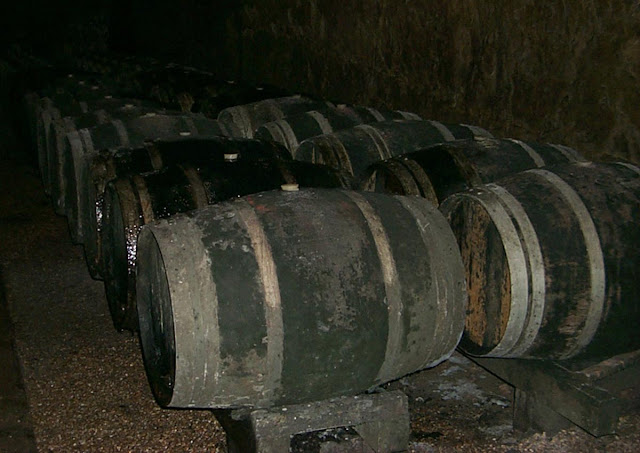 I mentioned fog and overcast. That's normal weather for November and December here in Saint-Aignan. The good news is that, as is often the case in January, the fog and low gray clouds have suddenly dissipated. Instead, it has started raining! In fact, today we are supposed to have a serious rain- and windstorm. We need some rain, and now we're getting it. Maybe the wet ground will produce a pretty springtime for us in 2018.
Posted by Ken Broadhurst at 06:30