King Richard I of England, also known as Richard Lionheart or Richard the Lion-Hearted (Richard Cœur de Lion in French), was born in England but mostly lived and then died in France. In fact, some sources say he never learned to speak English and spent only a few days during his 10-year reign as king of England actually in England. 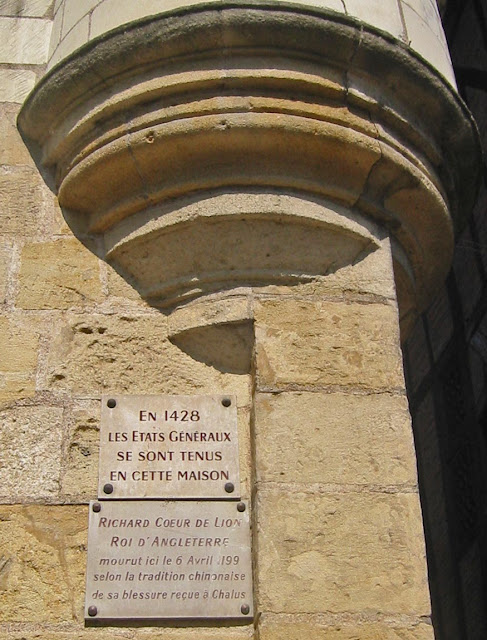 Richard's parents were king Henry II Plantagenêt of England (who was "French" from the Anjou province in present-day France) and Aliénor d'Aquitaine. He reigned over England from 1189 until 1199. His territories on the continent included Normandy and Aquitaine (in the southwest), as well as Anjou. His greatest rival, and some say greatest friend when he was a young man, was king Philippe Auguste of France. 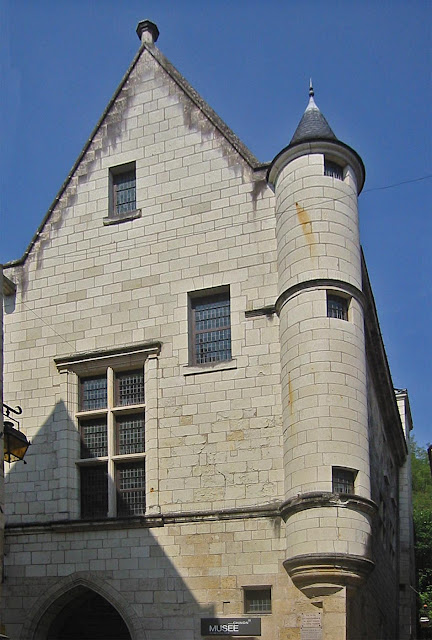 Richard was killed in a battle in France. He was mortally wounded when shot with an arrow. The arrow was removed but gangrene set in. Apparently, he was not wearing armor. According to the plaque above many people in Chinon have long believed the wounded king was brought to their town, where he died in this house that is now a museum (Musée du Vieux Chinon). He was about 42 years old. 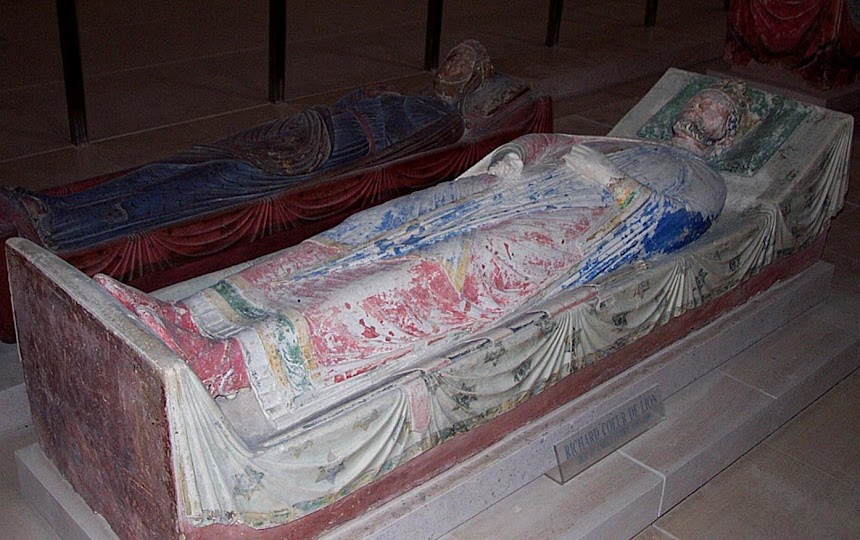 Richard's tomb and recumbent funerary statue (son gisant) are kept in the abbey at Fontevraud, just a few miles west of Chinon. His heart was embalmed, placed in an urn, and taken to Rouen in Normandy, where it has stayed to this day. There's a funerary statue of Richard there too, and I must have a photo of it somewhere. I'm looking for it...
Posted by Ken Broadhurst at 06:45