Here in the Saint-Aignan area, the wind has been howling for hours. A weather observer on the Météociel site is reporting wind gusts up to 97 kph, nearly 60 mph, in Blois, the big town 25 miles north of us. I'm waiting for day to dawn so I can see if more tree branches are littering the yard. The storm is bringing warm air up from the south, and the low temperature this morning is in the 13 to 15 ºC range — the mid-50s in ºF. 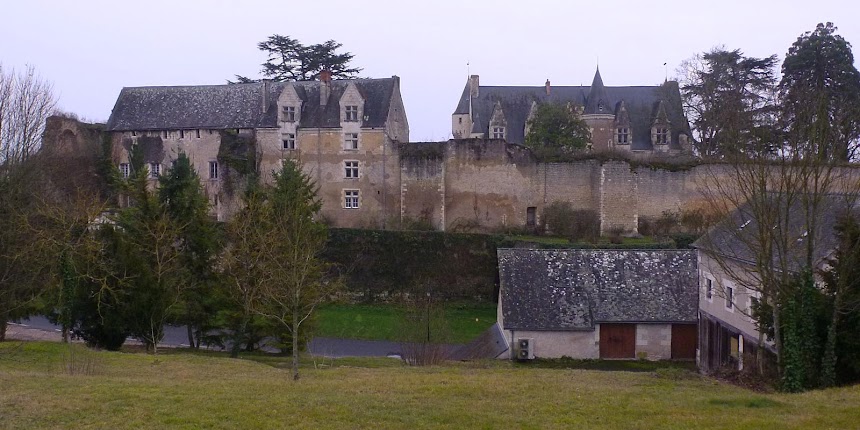 Yesterday morning, I decided on the spur of the moment to drive over to Loches, 40 minutes west of here, to do some grocery shopping. On the way, I drove through Montrésor, the little town I blogged for four weeks in November and December.

Despite the fact that it was raining, I stopped and took a few photos. The first one, above, shows the view of the château, on the right, and the building called "the commons" (les communs), on the left, looking from the north as you drive into town. The second shot is a closer view of those two buildings. 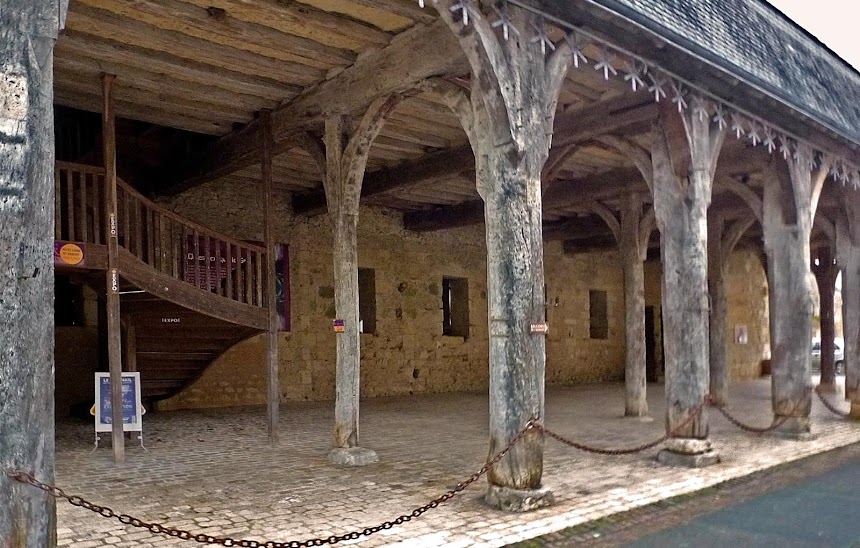 Then I remembered I had wanted to go take a picture or two of the old market hall, called la halle aux laines, on a narrow side street in the village. The rain — drizzle at that point — was gradually getting heavier, so I didn't stay out long. I didn't even turn the car's motor and headlights off. 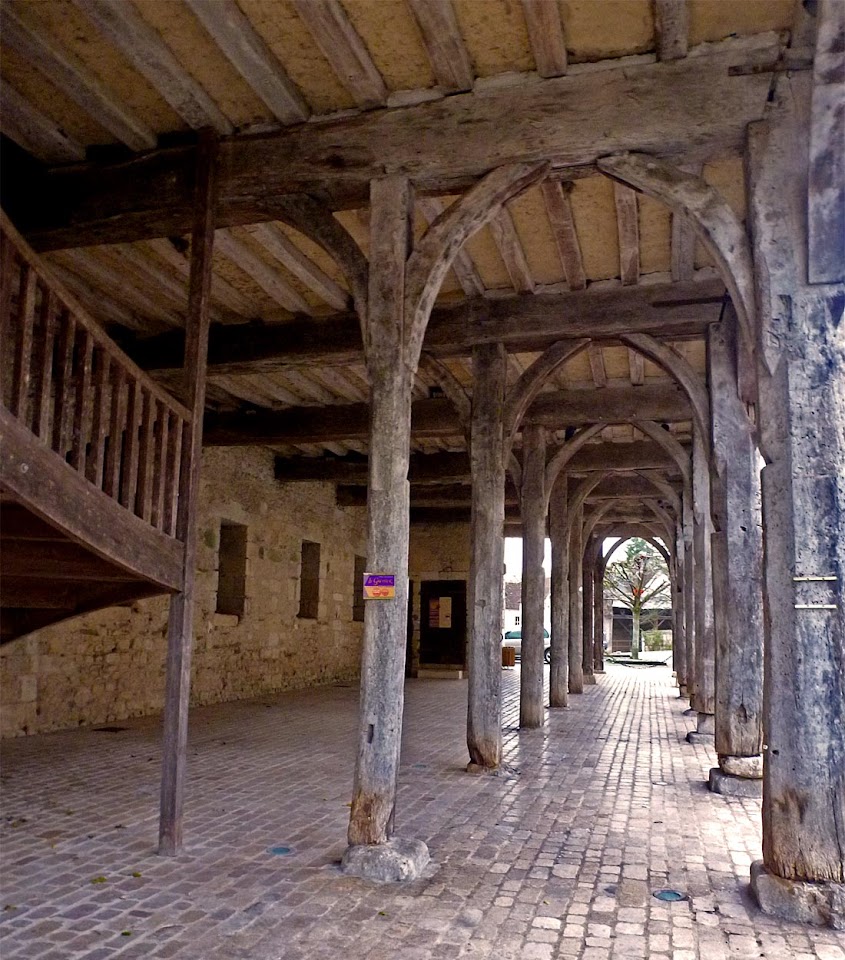 There was an important wool industry in the area around Montrésor starting in the 17th century. Sheep grazed in fields around the area. Mills along the local rivers processed the wool to make sheets and blankets. The market hall was built at that time, and woolen goods were sold there until the end of the 19th century. Today, the market hall shelters the Montrésor food market (held weekly in summer, monthly in winter). 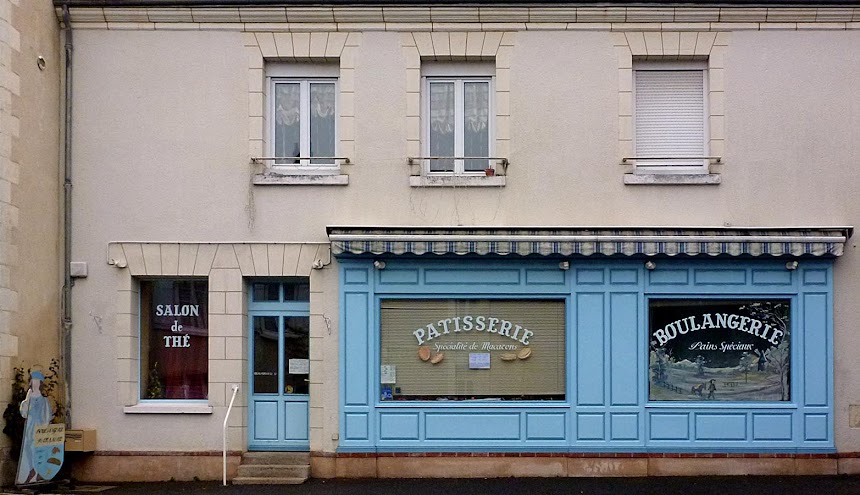 I noticed also that there is a boulangerie-pâtisserie just across the little street from the market hall. Its specialty is macarons (almond cookies) but it was shut up tight yesterday.
Posted by Ken Broadhurst at 07:00