First, there are two things I want to say about coq au vin. Most of the time if you order it in a restaurant in France, it will be a standard chicken that you are served cooked in red wine. A chicken doesn't need such long slow cooking. Also, coq au vin is a kind of fricassée and can be made with either red wine or white wine. I've made the white wine version before, and I've made it with a guinea fowl (une pintade) instead of with chicken. Look through these old posts from my blog to see examples of poultry stewed in wine. 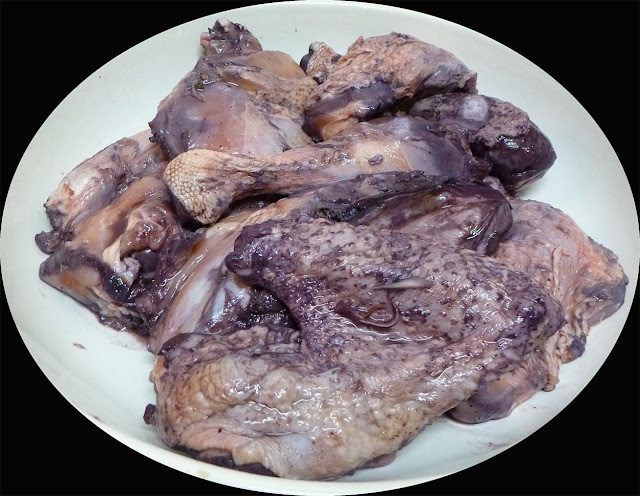 Since I don't know if you can get a turkey as small as the one I had, I'll say you can always use a big chicken. The first thing you have to do is cut it up into serving pieces — thighs, drumsticks, wings, and breast meat (or buy pre-cut parts). You can cut the white breast meat into either two or four pieces. Here are a couple of photos of the turkey pieces after they marinated in the red wine and aromatics. 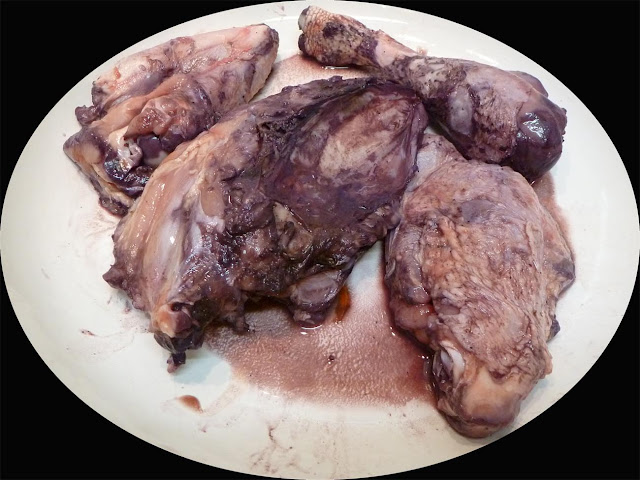 Make some broth with the back and the wing tips while the fowl in in its marinade, because the cooking liquid should be a combination of wine and broth. And don't throw out the onions, garlic, herbs, and carrots when you take the pieces of turkey out of the marinade. You'll cook them in the stew. (Actually, marinating the poultry is optional. Skip it if you don't have time.) 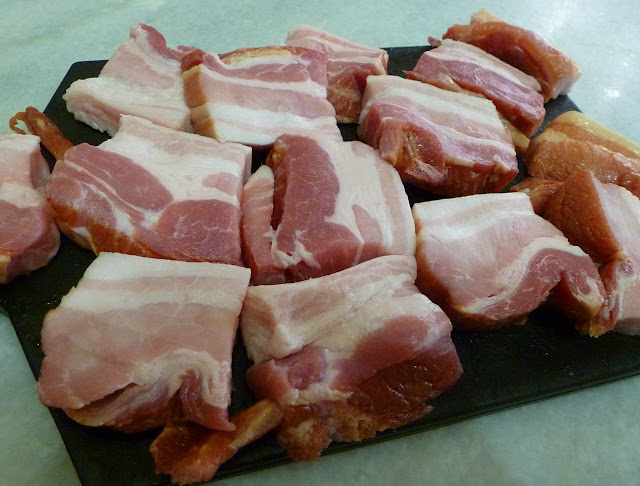 Another important flavor ingredient in coq au vin is what is called poitrine fumée — smoked pork belly, bacon, or "side meat" in the U.S. — in the form of lardons (sliced or diced). I cut up a slab of smoked pork because I wanted big pieces in the stew. If you can get slab bacon, you can do this, or you can use thick-sliced American bacon. 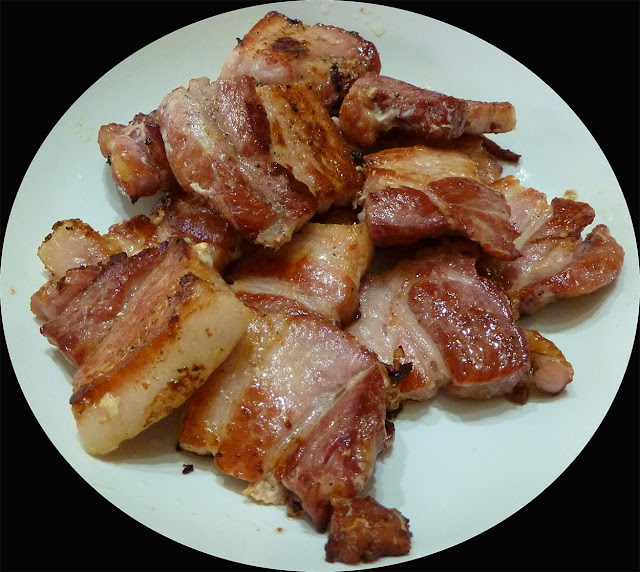 I put in a good amount of pork partly because the turkey I was cooking was smaller than the one called for by the recipe I was following. I wanted enough meat for the amount of wine I was putting in (a whole bottle, which is three-fourths of a liter). The first step in the cooking is to brown the pork in a pan or pot. Then you can take the smoked pork out of the pan and brown the poultry in the pork (bacon) fat.