"King François 1er's 'hunting lodge' is a palace, not a cottage... It is one of the great European symbols of royal megalomania, a truly glorious and absurd monster of French architecture. From whichever way you approach Chambord... it makes a staggering sight, looking like a riotously exuberant yet self-contained royal city." So writes the author of the Cadogan guide to the Loire Valley — more quotes below. 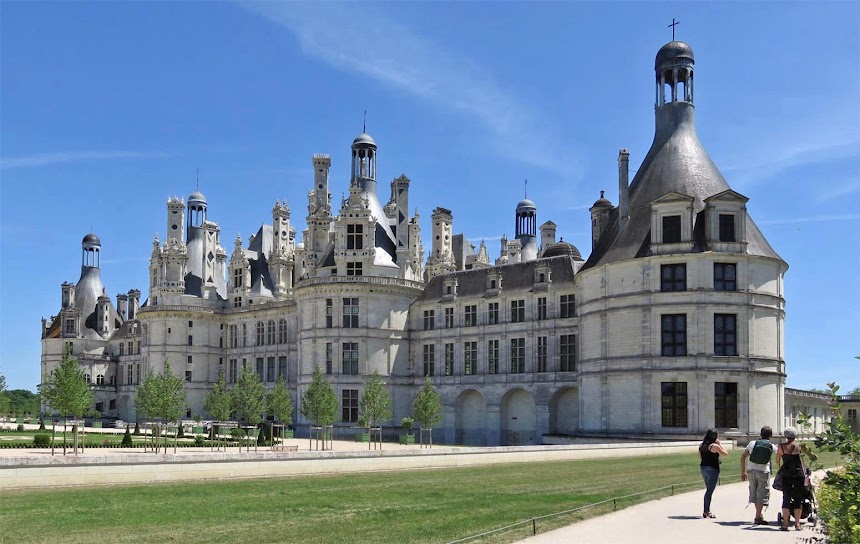 "On first seeing it, you immediately realize you're in front of one of the greatest buildings in France." Or the world, I'd say. 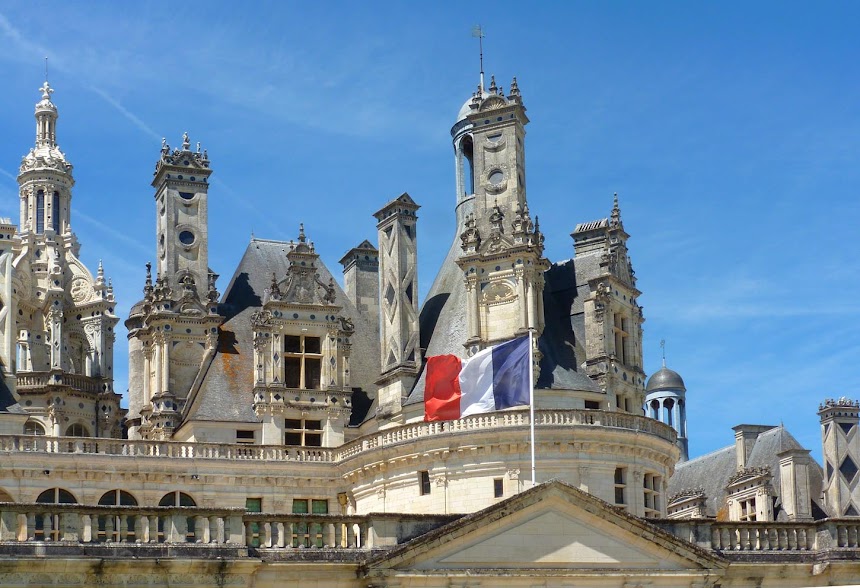 "Work began on Chambord in 1519, but it's something of a mystery as to whom the original architect was. The name of Leonardo da Vinci, who spent the last few years of his life at [nearby] Amboise... is tantalizingly associated with Chambord, without firm evidence." 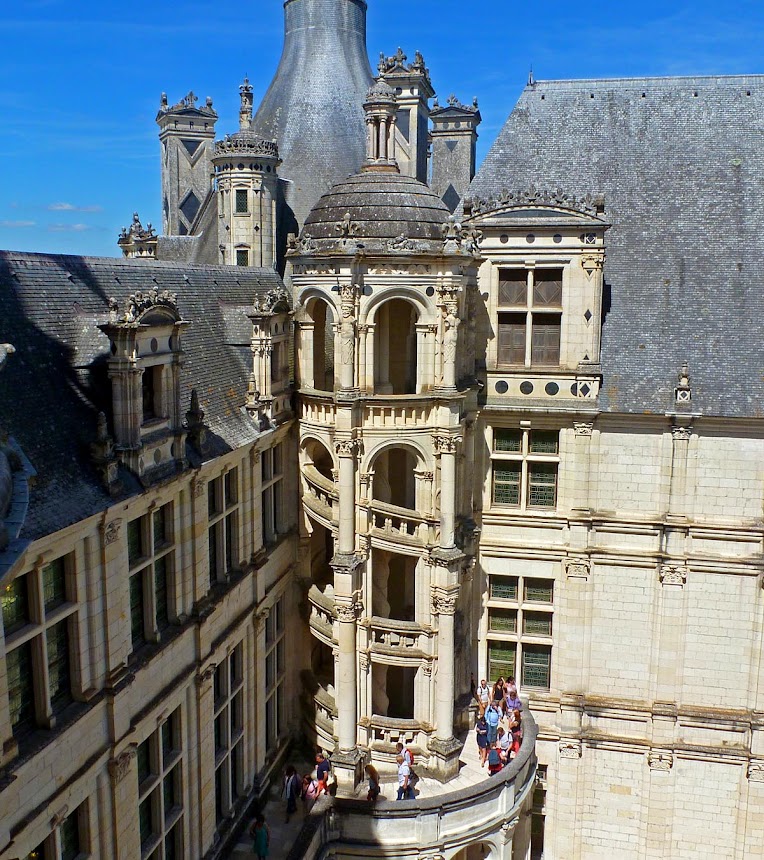 "The palace was virtually never lived in; as it was a building site for almost the entire span of François’ reign [1515-1547], he was scarcely able to spend much time here beyond the odd extravagant reception." 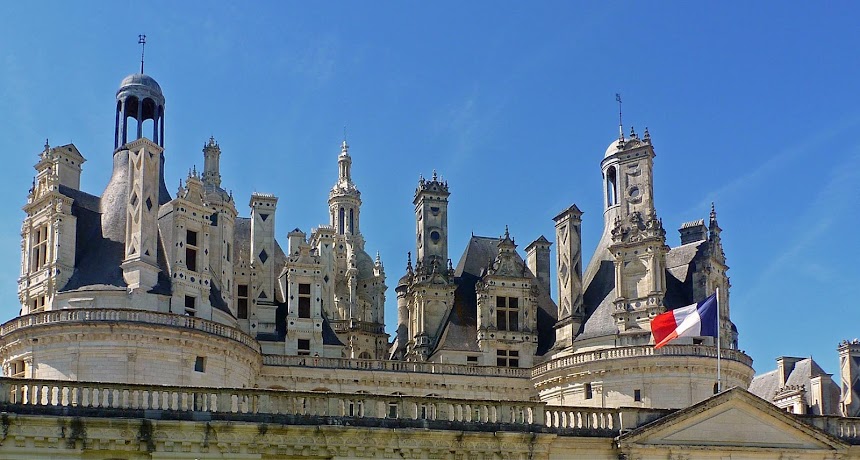 "François 1er wasn't a man afraid of advancing his own ideas, so it's quite possible he had a major influence on the planning [for Chambord], for instance maybe insisting on some of the features which have a traditional French feel." 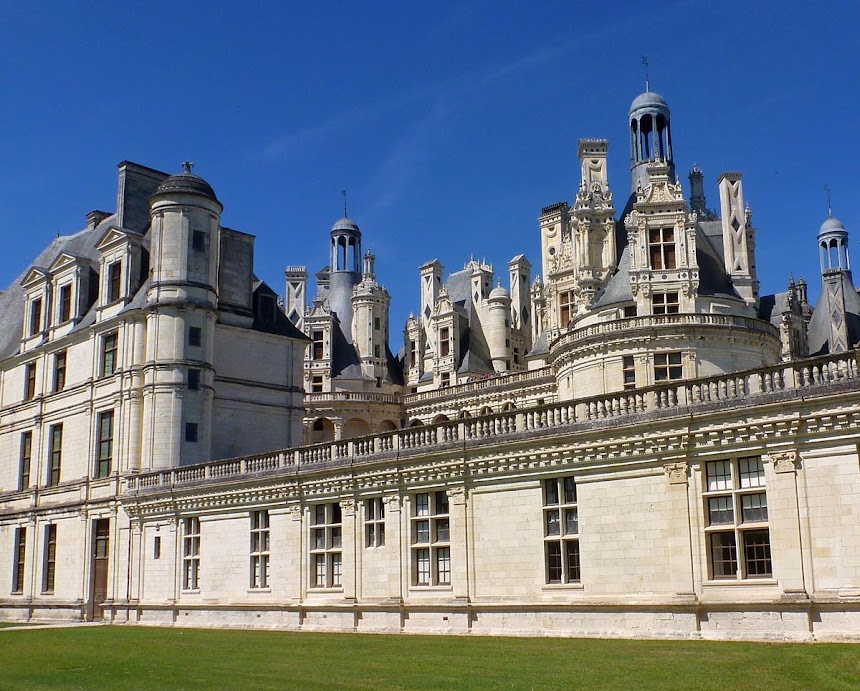 "For although Chambord contains a panoply of Italianate Renaissance features, its general forms actually harp back a lot to medieval architecture. The formidably solid round towers at the corners, in particular, with their roofs like great upturned funnels, could come from a textbook image of a chivalric castle."
Posted by Ken Broadhurst at 07:00