You can finish that line. 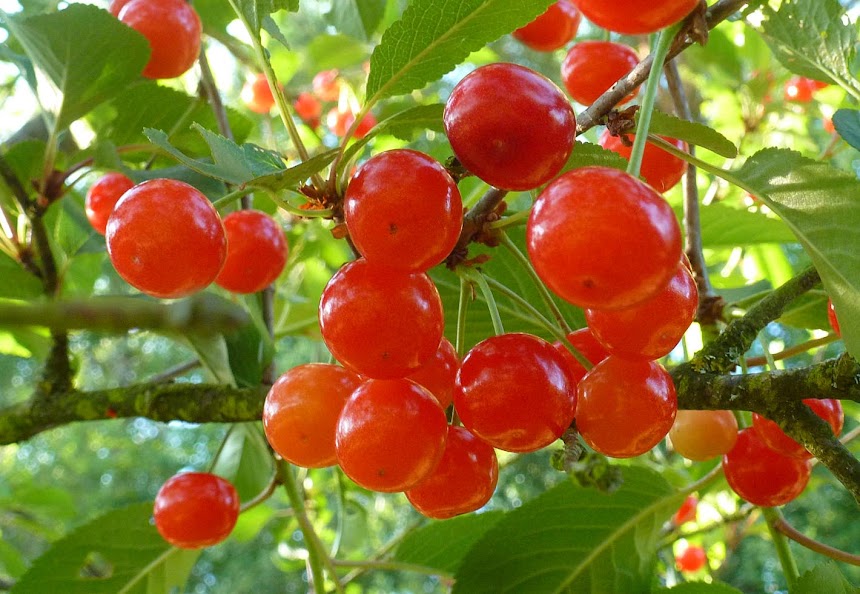 Just on the north side of our yard, there's a strip of land that's planted in plum, cherry, apple, peach, and quince trees. There aren't all that many of any one kind. We've been know to go pick fruit over there when it's been obvious that nobody else was going to take any of it. 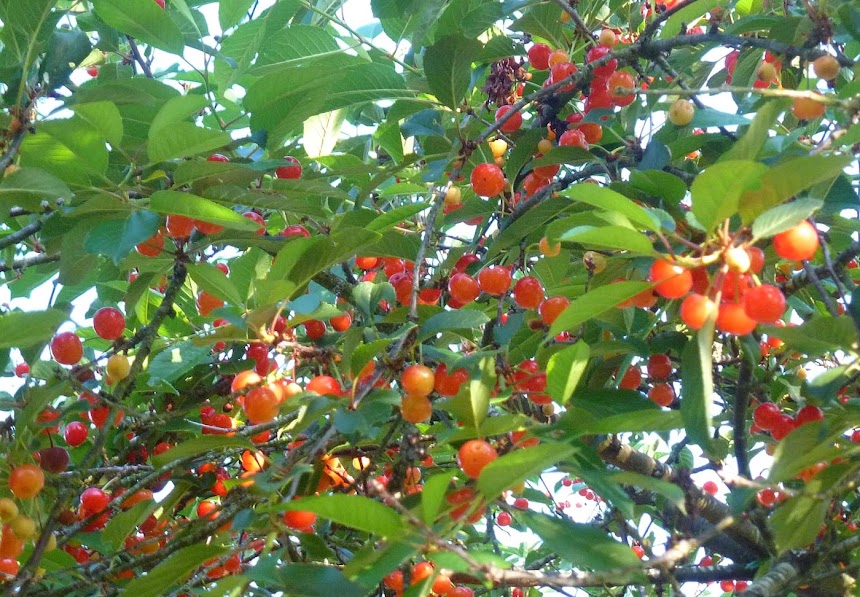 A few weeks ago, some people in a big silver Mercedes came and parked behind our back gate. We heard mowers and other trimming equipment running on the old orchard plot, which had previously been pretty much neglected. 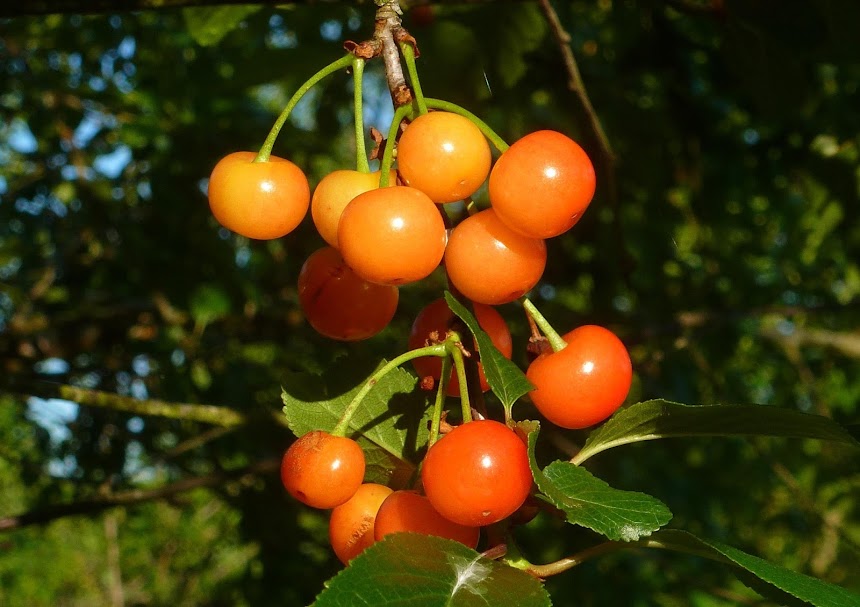 I was out in the back yard when the people finished their work for the day and came back to their car. I talked to them. They turn out to be the daughter and son-in-law of the woman who owns the little orchard. She used to live in Saint-Aignan but now she's lived in Brittany for many years — and they do too. 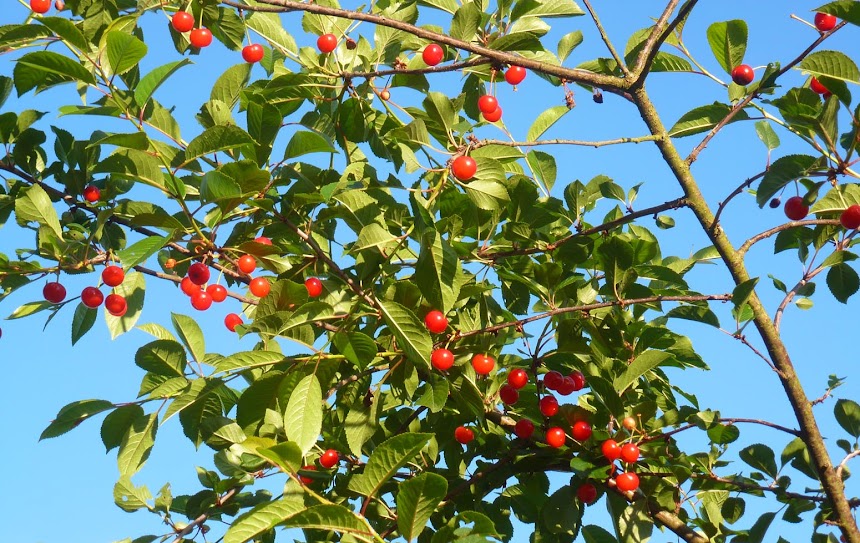 This past weekend they were here again. They mowed and trimmed and picked cherries — now is the season. Again, I saw and talked to them. As they departed, they said they were going to drive back to Brittany the next morning. 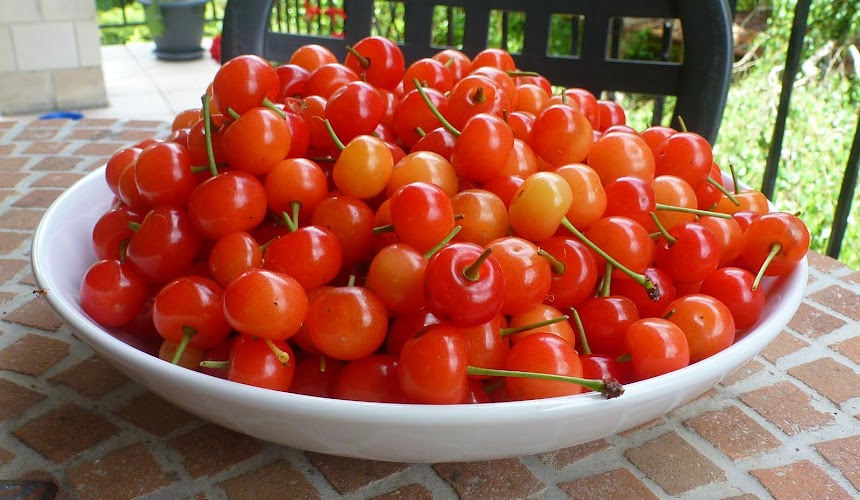 Go pick all the cherries you want, they told me. Otherwise, the birds will get them all. Or strangers might come and pick them. We'd rather you have them. I thanked them profusely, and wished them bon voyage. Yesterday was the day. It was bright and sunny, so I went and picked a bucketful of cherries. I see another clafoutis in our immediate future.
Posted by Ken Broadhurst at 07:00