Newly restored 18th-century gardens at the Château de Chambord, in the Loire Valley near Blois, opened to the public in March 2017. 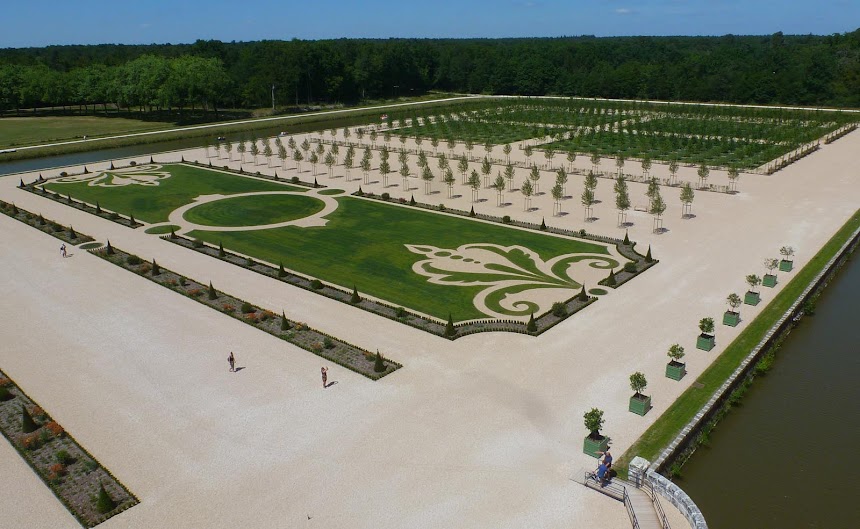 The formal gardens are located along the north and east façades of the huge 16th century château, which was the work of the Renaissance-era French king François 1er. 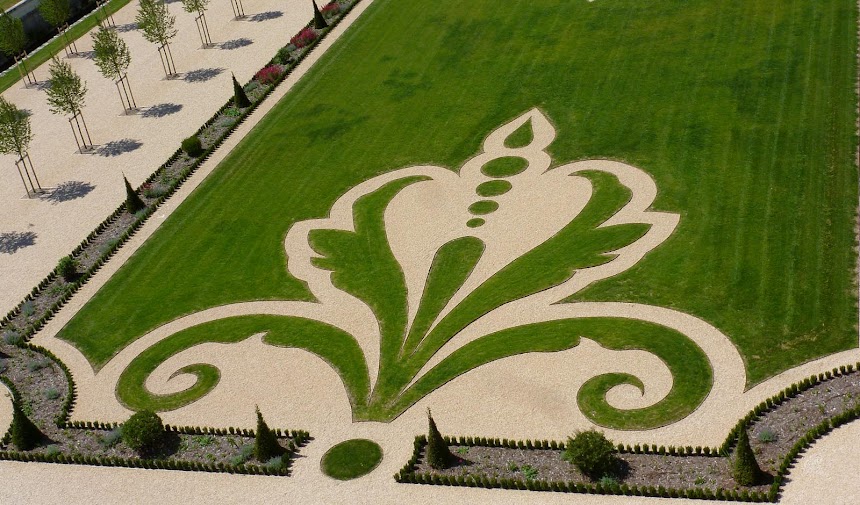 I took these photos from the roof of the château, which is also open to the public. 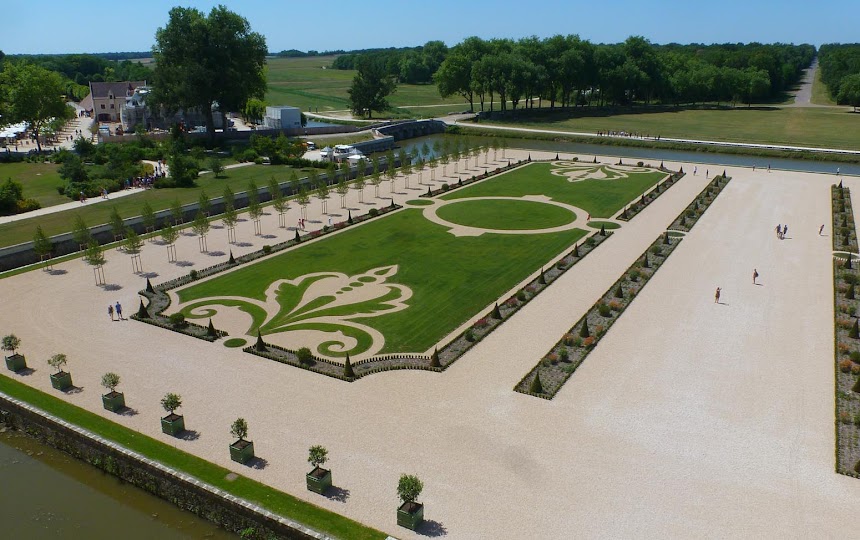 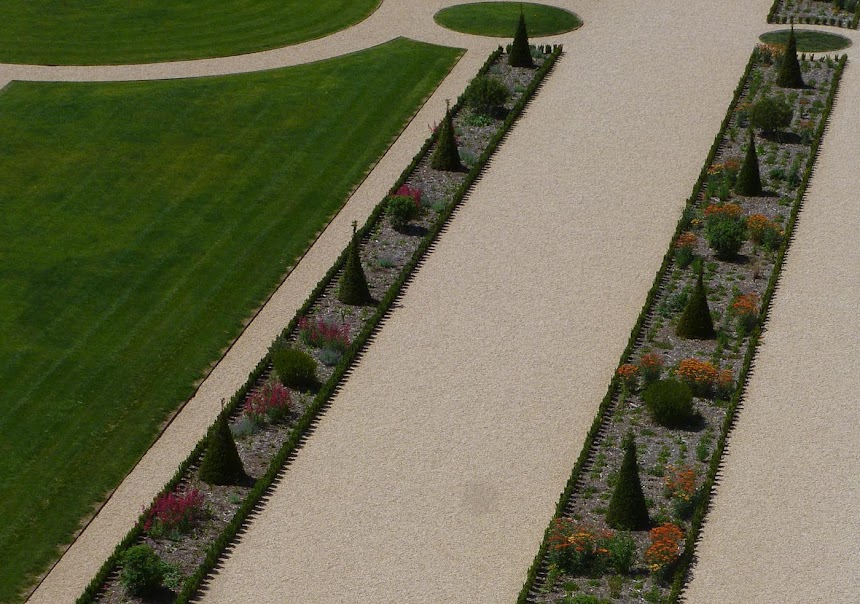 They gradually fell into disuse and disrepair after the 1789 French revolution, and by 1970 the space they occupied had become a simple lawn. 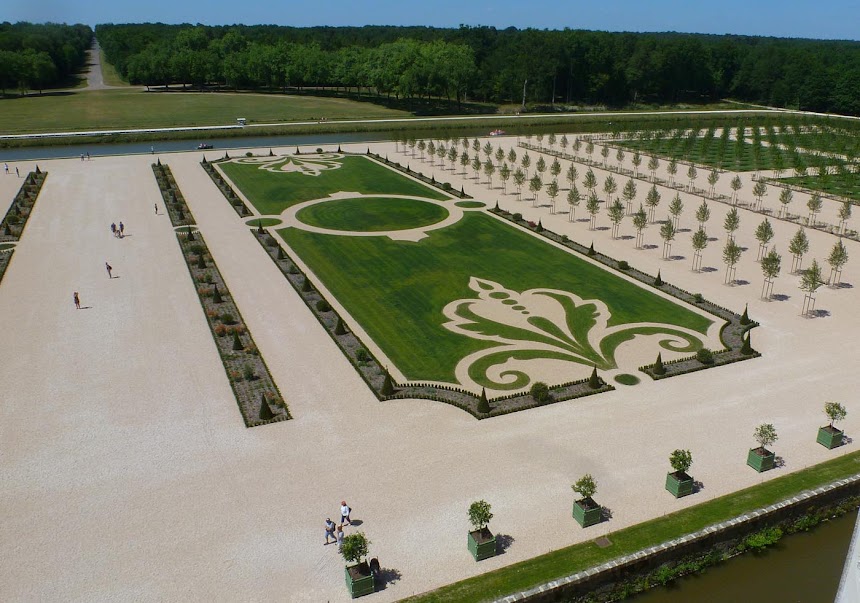 The garden restoration project has been financed by an American investor and philanthropist, Stephen Schwarzman, who has a personal fortune of more than $10 billion. The gardens include some 200 rose bushes, 600 trees, 800 shrubs, and more than 15,000 plants in all.
Posted by Ken Broadhurst at 07:35