I've seen this snail three or four times over the past year or so. It looks like a ghost, I think. But it is not, and it is not an albino. It lives near a small water hole on the edge of the vineyard, near woods. Besides the day when there were two of them out there, it's the only one I've ever seen. I've read that the lifespan of a snail like this one is 3 years in the wild, but as long as 10 years in captivity. 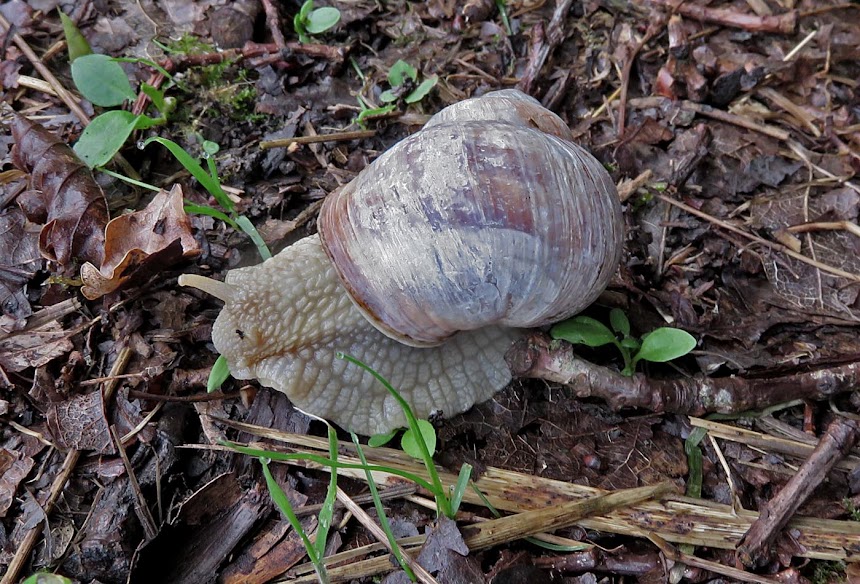 It's the snail called the escargot de Bourgogne or « le gros blanc ». It's bigger than the snails we see mostly around here, which are called « petits gris » and are much more plentiful. Both species are edible. At 30 to 45 grams (1 to 1½ oz.), the Burgundy snail is two to three times bigger than its little cousin. 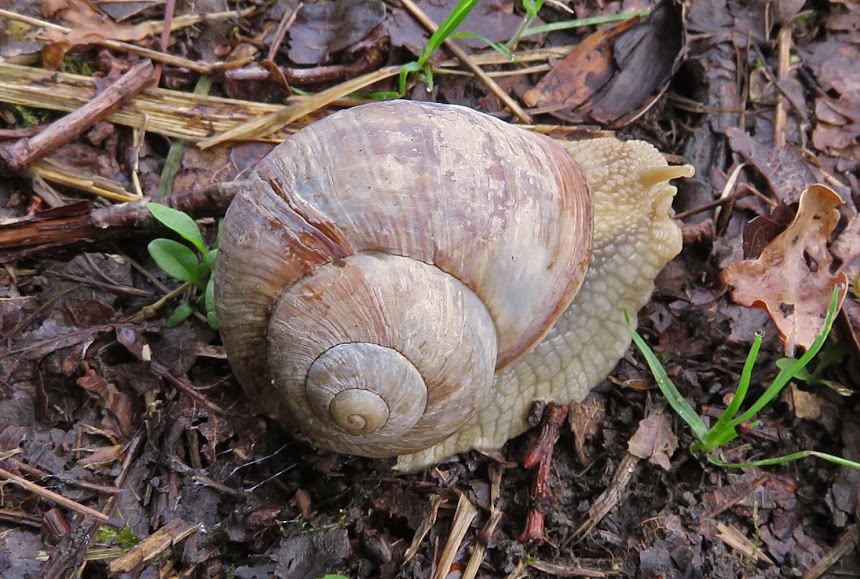 It's illegal in France to gather gros blancs snails during their reproductive cycle, from April through the end of June. They are protected and they are difficult to raise commercially, they say. Snails have been consumed by humans since prehistoric times, and they were a Roman specialty. Here in France, we can buy snails in cans or frozen, and we can also buy frozen garlic-parsley butter that is commonly called « beurre d'escargot ».
Posted by Ken Broadhurst at 07:00