Back in mid-May when I spent a morning taking photos in and around Saint-Aignan before going shopping at the outdoor market, I saw a cat. 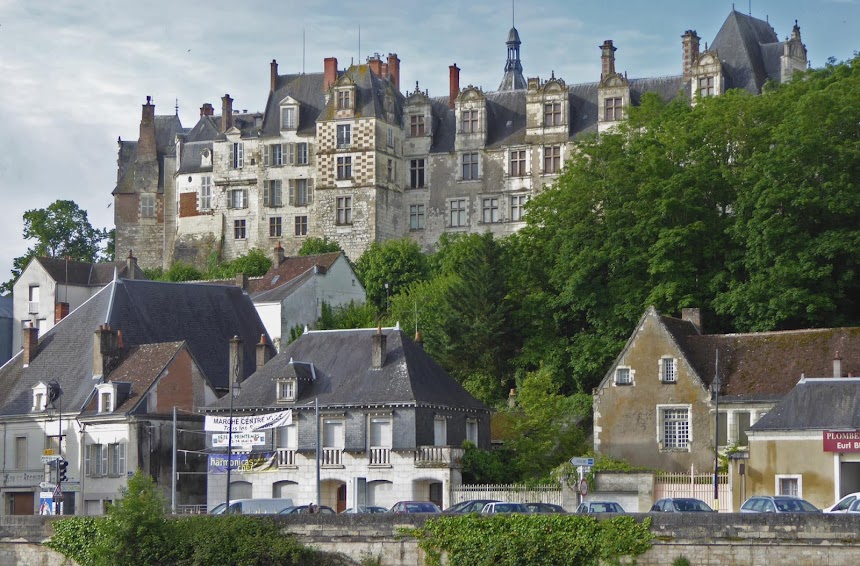 At first I didn't think it really was a cat. It was perfectly immobile, even when I walked up behind it on crunchy gravel. It's hard to sneak up on an animal or a person when you're making that much noise. The cat didn't move. 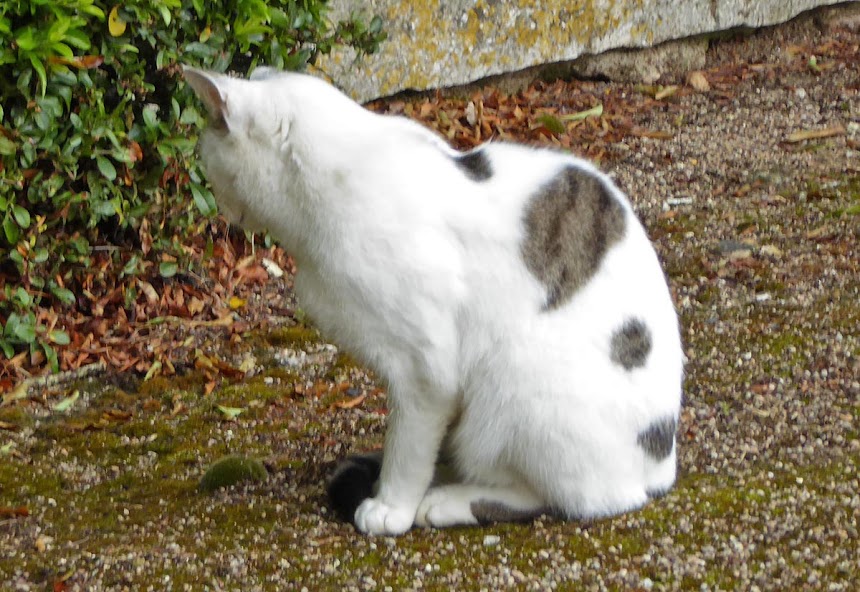 It must have been hunting, or at least watching some animal or movement. It was staring into the ivy growing up the front of one of the buildings on the château terrace. You can barely see it in the photo below. 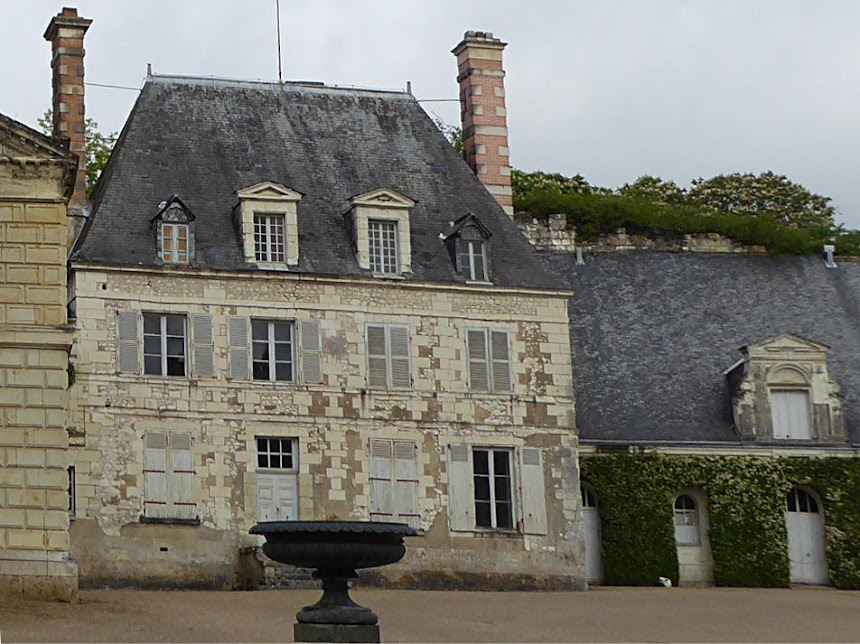 I briefly thought what I was seeing might be some kind of lawn ornament. Then suddenly, but not hurriedly, the cat stood up and started walking toward me. It actually startled me. The cat seemed very tame and self-assured. 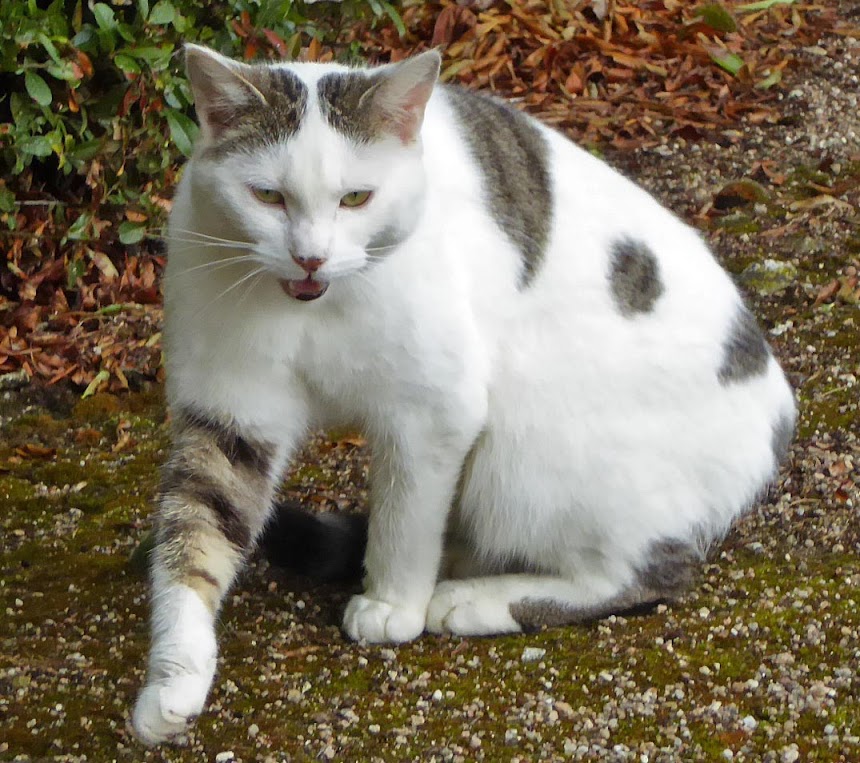 I thought about trying to pet the cat but then decided to leave it alone. Our cat Bertie has twice scratched strangers who've tried to pet him or pick him up. 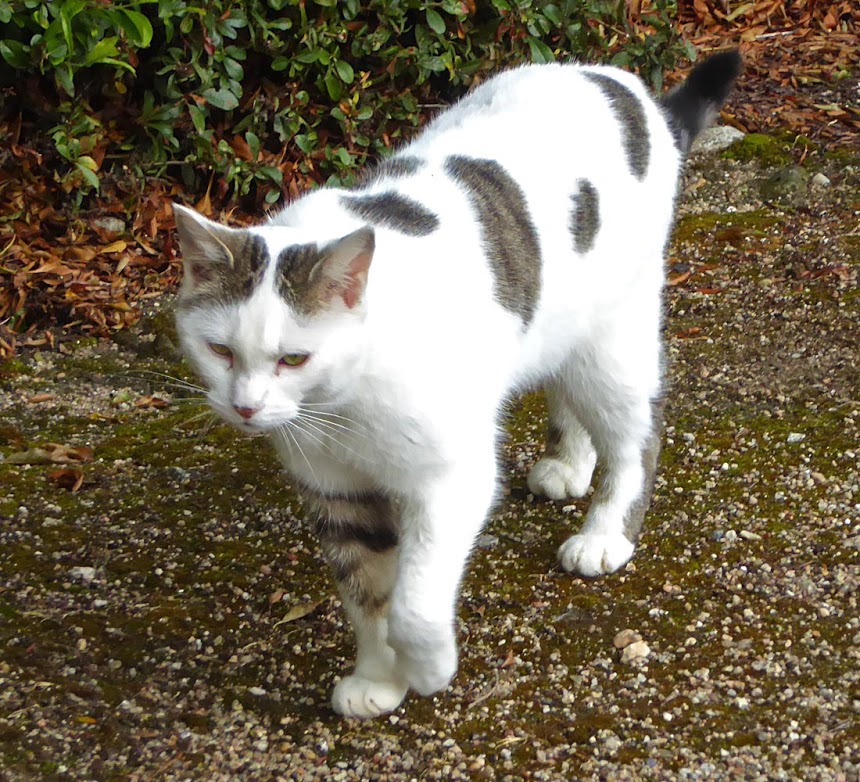 The cat and I just continued our separate walks around the château and the terrace. I like to think that the cat lives in the château with the owner, Madame de la Roche-Aymon. 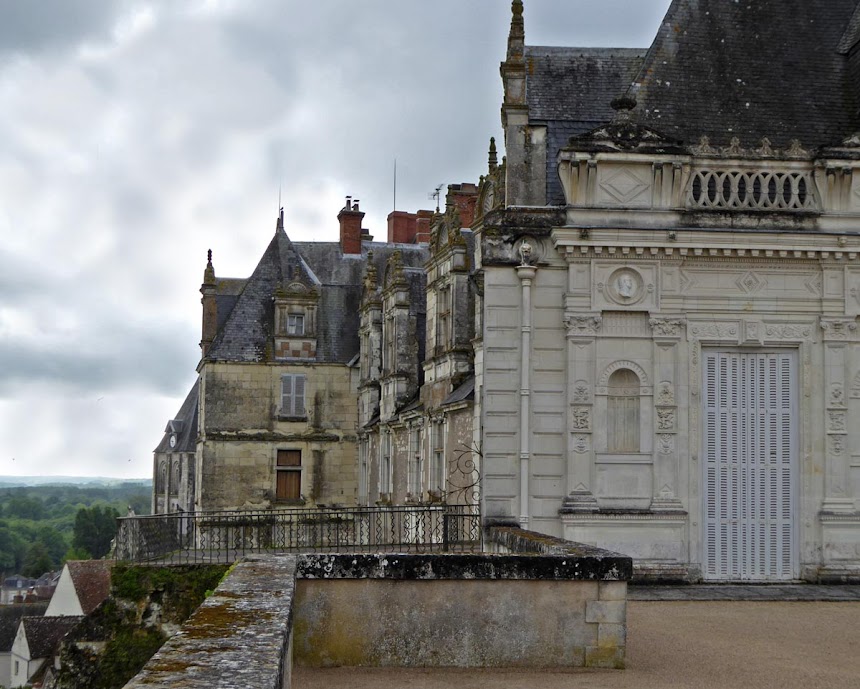 * * * * * *
Our internet connection seems stable this morning, for the first time in a week. My theory is that the phone company is working on the infrastructure, but the work only goes on during the week, not on the weekend. Because of all the flakiness, our wi-fi laser printer is completely discombobulated. We spent a few hours yesterday trying to get it working again, but no dice. It's frustrating but we'll eventually figure it out.
Posted by Ken Broadhurst at 07:00