A restored kitchen at Chambord

A room that served as a kitchen at the château de Chambord from 1782 has been opened to the public. It was only used as a kitchen for a few years, because the French Revolution of 1789 plunged the country and Chambord into chaos. King Louis XVI, who had the kitchen set up, met his demise in Paris, along with queen Marie-Antoinette. 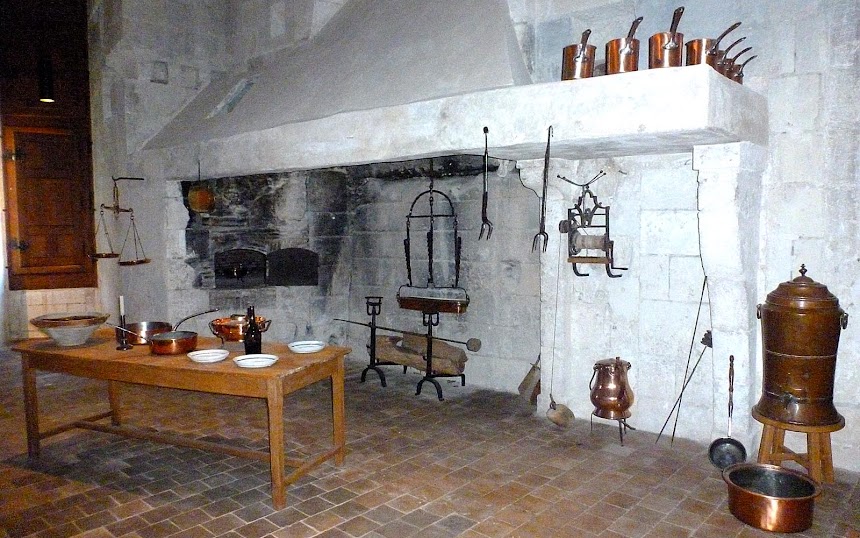 According to the sign posted in the kitchen, the fireplace dates back to the 16th century, when the château was built. The kitchen was re-configured in the 19th century, when a mezzanine-level floor was removed and the beams were used in the restoration of other parts of the château. 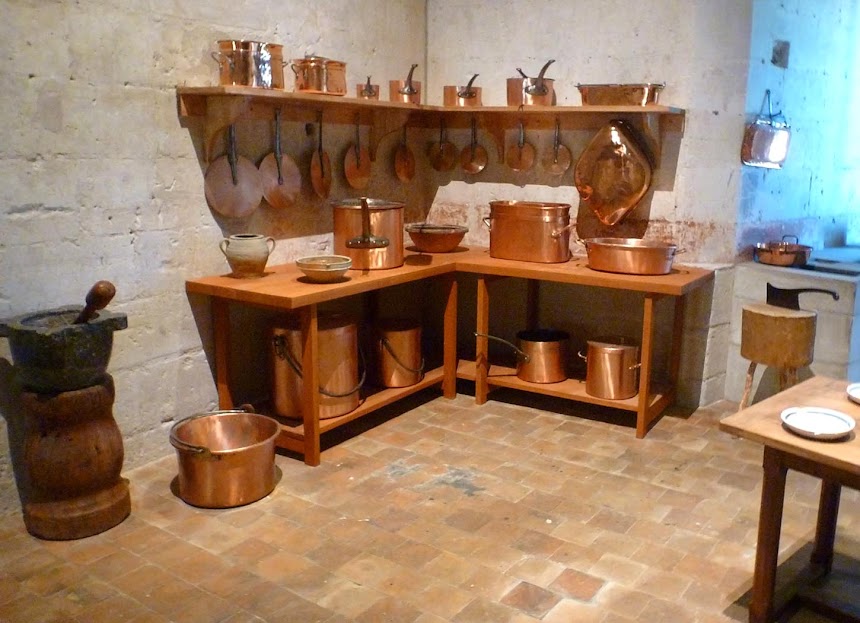 The kitchen was restored starting in 2015, with the main purpose of preserving the room itself, the old fireplace, and 18th-century tables and other pieces of furniture that remained. 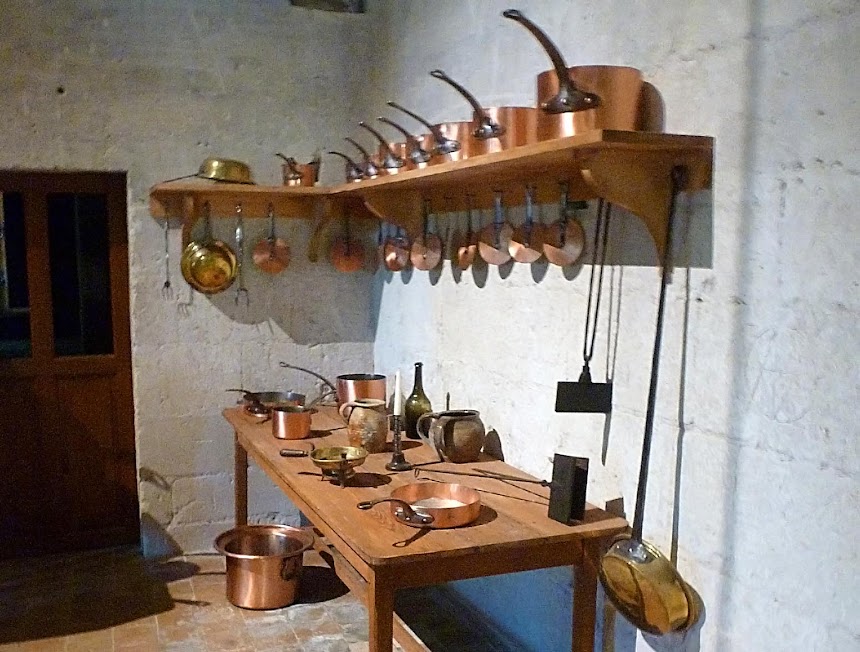 The 18th-century copperware was recently acquired by the château de Chambord from various sources, including collections in Paris, and other objects are on loan from a museum in Bordeaux. 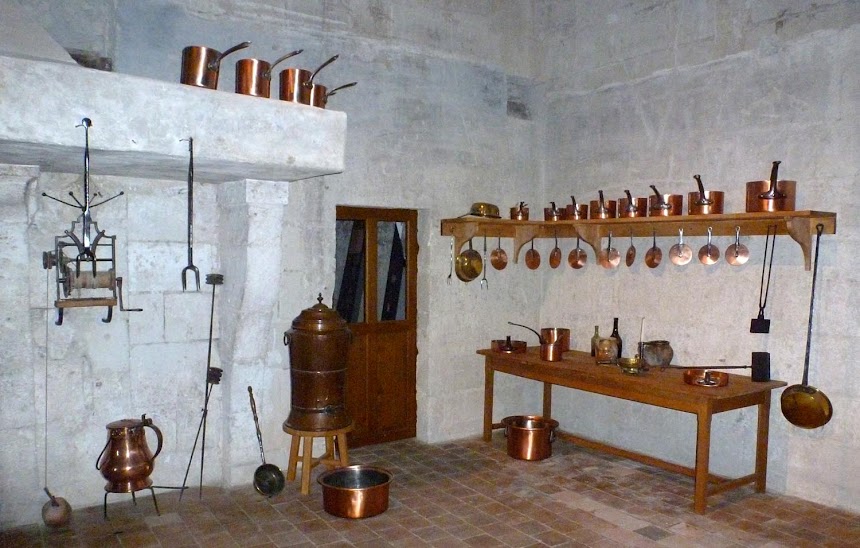 Excavations at Chambord, mostly in the old latrines, turned up sandstone and earthenware plates, bowls, and platters, as well as broken bottles and glasses that had been discarded in the 1700s. 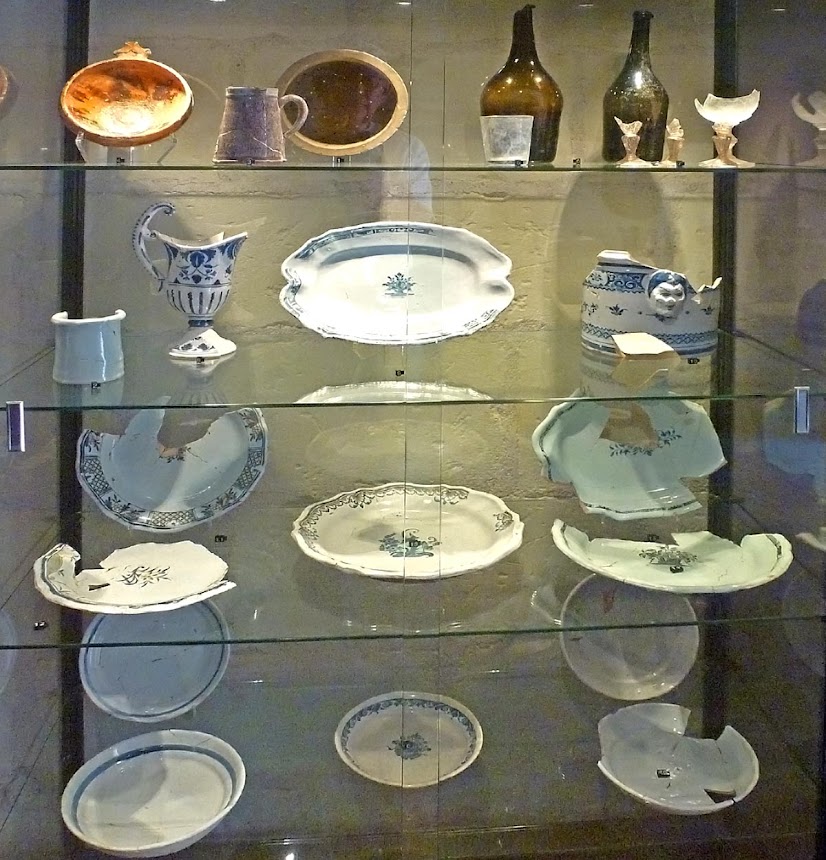 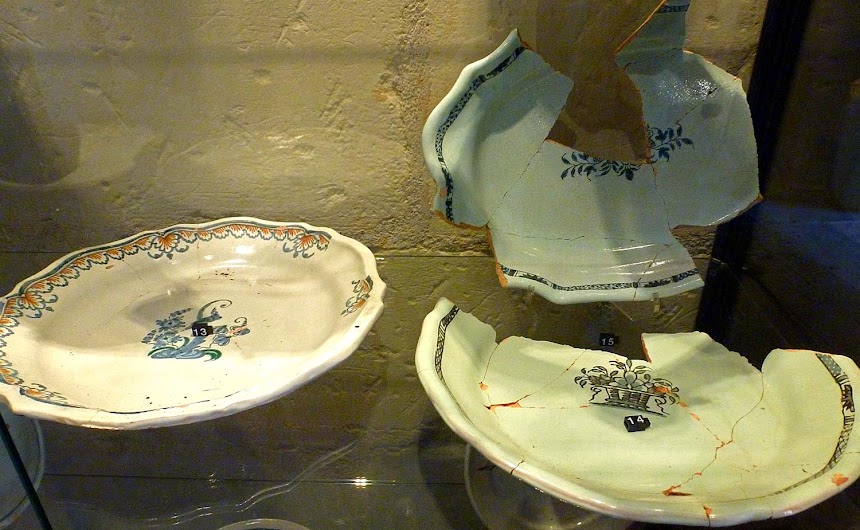