L'automne, je veux dire. Tomorrow it will be two weeks since I went to Chambord with Judy and family, and two weeks since Callie had her fatal incident or attack. And today feels like the first day of autumn. It's cold! Not too nice for the last day of June. 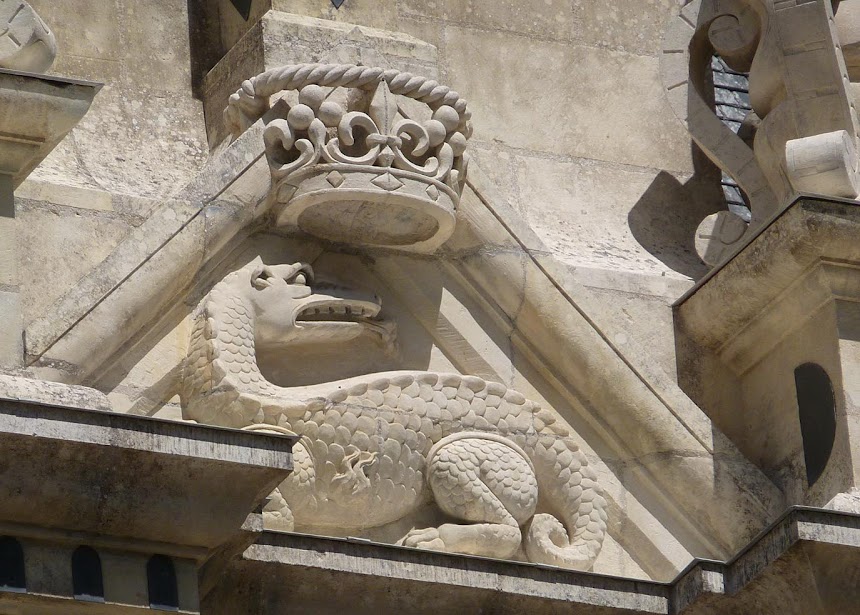 Instead of morning low temperatures of 20+ºC (70+ºF), and highs in the 30+ºC (90+ºF), this morning it's raining and the low temperature is supposed to be about 13ºC (55ºF). Worse yet, today's high will be only 16ºC, or 60ºF. Our furnace may well come on this afternoon. When British friends tell us they come to France for the warm, sunny weather, I really have to wonder how bad the climate must be across the Channel. No wonder so many British people (including my family) emigrated to warmer places. 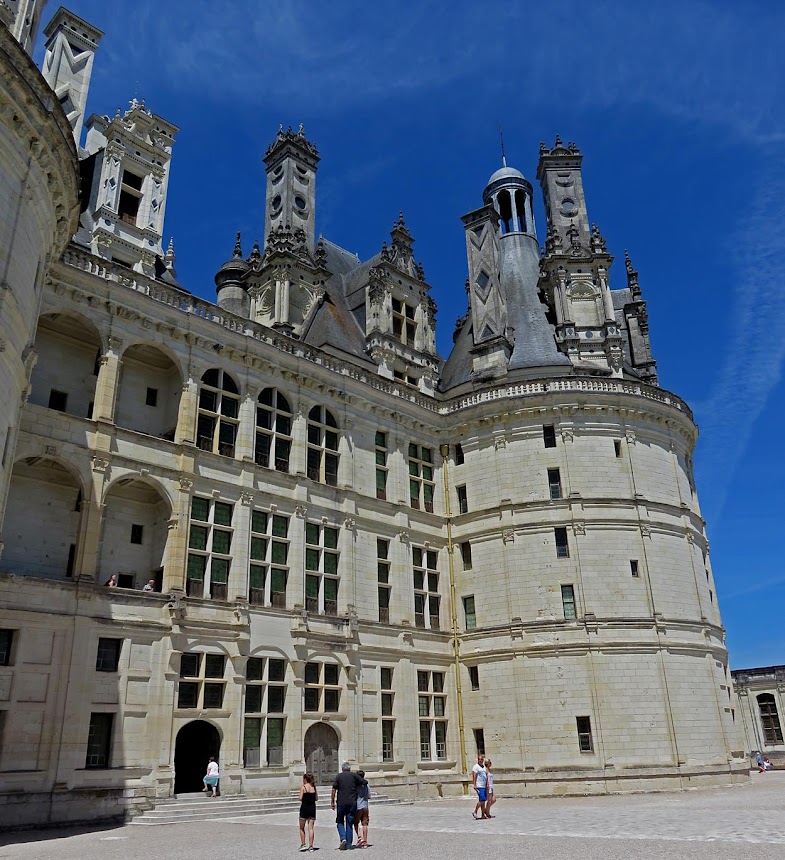 The temperature here won't hit 70ºF again until the middle of next week. This is why air-conditioning is pretty much superfluous in this climate. Even though our high temperature on June 20, 21, and 22 was above 95ºF... We don't know if summer will return. I hope this current "autumn" really will be just a mini-season, but we can't actually count on that. 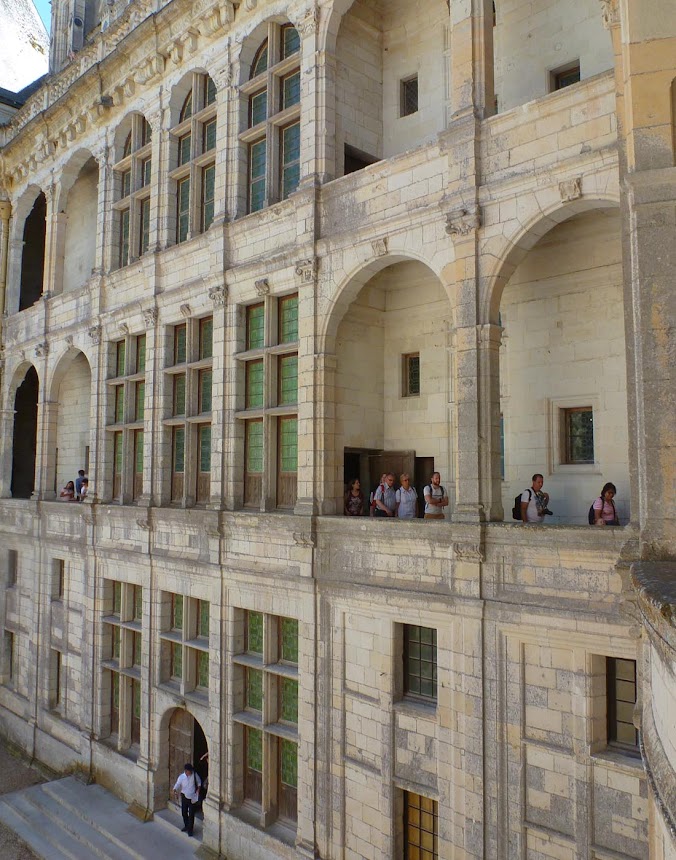 So here are some photos of Chambord castle exteriors that I took "last summer" — two weeks ago. Realize that I'm not complaining about the weather. It's a reality of life. Our vegetable garden is enjoying the rain for now (and so are the weeds). The plants here are adapted to cool, damp summer weather, and some have suffered because of the short-lived heat wave and dry spell we went through earlier in June. Given the choice between extreme heat and chilly damp, I'll take the latter. At least for a while. 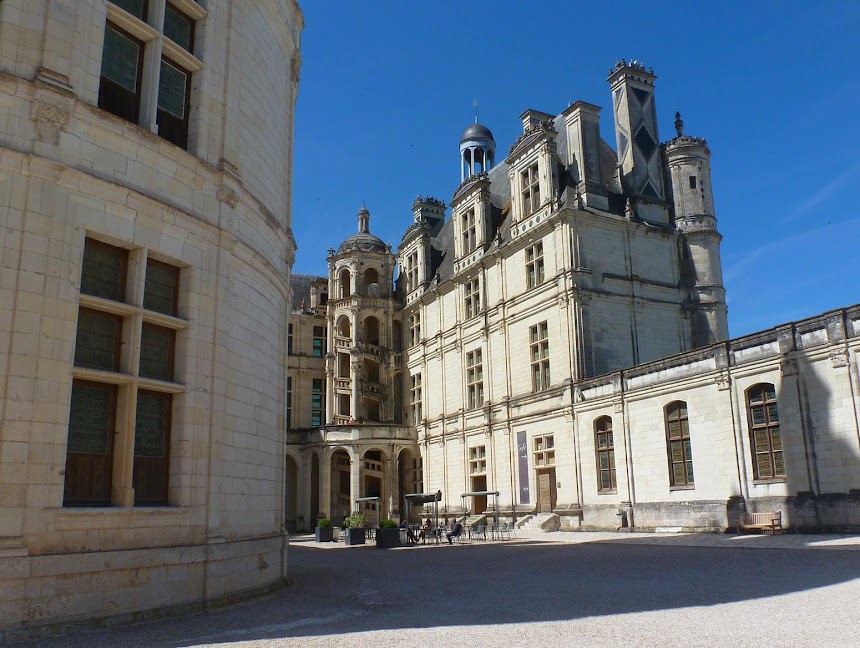 So I guess this means that things are back to normal. We could use some normal about now. Summer might — and probably will — come back in 2017. Poor Callie won't. Meanwhile, today is the first anniversary of the untimely death of my old friend Cheryl in California. Oh, and the clutch seems to have gone out on the old Peugeot. The U.S. dollar is dropping like a rock against the euro (thanks, Donald). My monthly check will be 10% smaller than it was just a couple of months ago. And I have scheduled an appointment with the dentist because I think I have a broken filling. Sigh...
Posted by Ken Broadhurst at 07:00