Busts and bust-ups at Chambord

Louis XIV, le Roi-Soleil, stayed at Chambord nine times between 1660 and 1685, stsrting when he was 22 and ending when he was 47 years old. He sponsored major restoration projects at the then century-old Loire Valley castle. By 1685, Louis had moved his residence and seat of government out of Paris and into the newly constructed château at Versailles, and he didn't return to Chambord before his death in 1715. 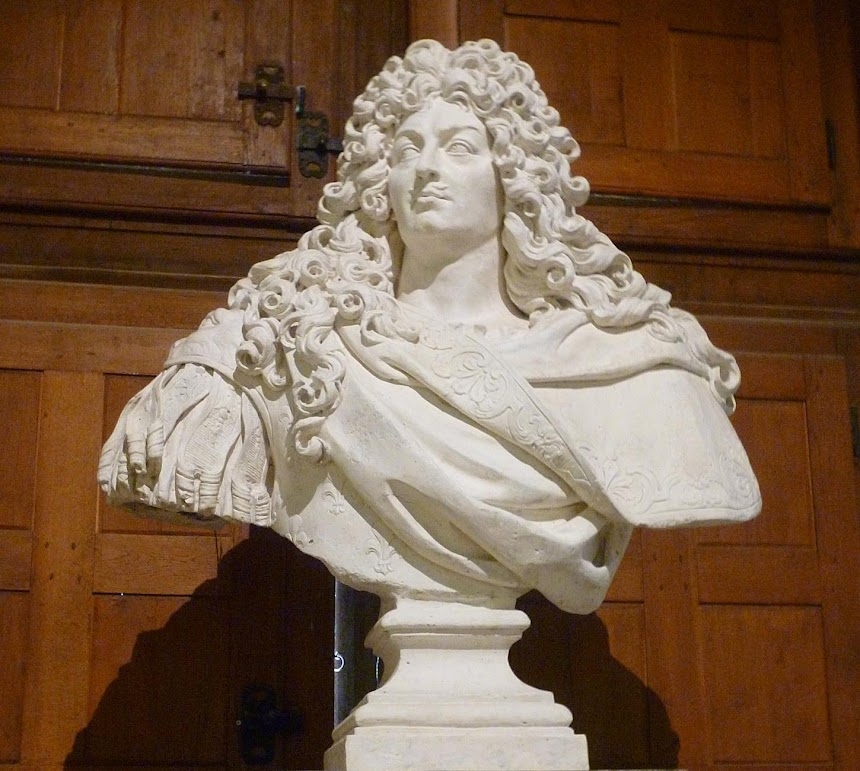 
Louis XIV was a patron of the arts, and two of his protégés were the playwright Molière and the composer Lully. Molière, born Jean-Baptiste Poquelin in 1622, was at the height of his career and in his 40s when he presented plays at Chambord (as well as in Versailles and Paris) in the late 1660s and early 1670s. Le Bourgeois Gentilhomme and Le Malade Imaginaire, for example, were first presented in the early 1670s. Molière died at the age of 51 in 1673, probably from tuberculosis, after performing in Le Malade Imaginaire for the fourth time. 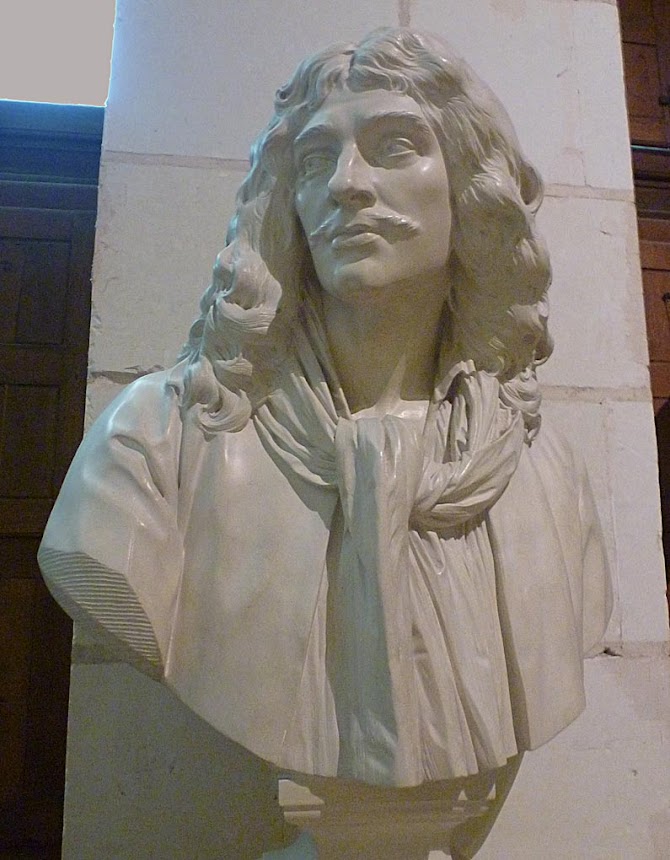 
Jean-Baptiste Lully, a.k.a. Giovanni Battista Lulli, was Italian and 10 years younger than Molière. He came to live in France at the age of 13, and he was naturalized French in 1661. For a decade, he collaborated with Molière on plays including Le Bourgeois Gentilhomme, performed for Louis at Chambord in 1670. However, in 1671 « les deux Baptiste » had a falling-out and became enemies. Molière had loaned Lully a lot of money for the construction of a grand mansion in Paris in the 1660s, but it's not clear if that was the cause of the break-up. 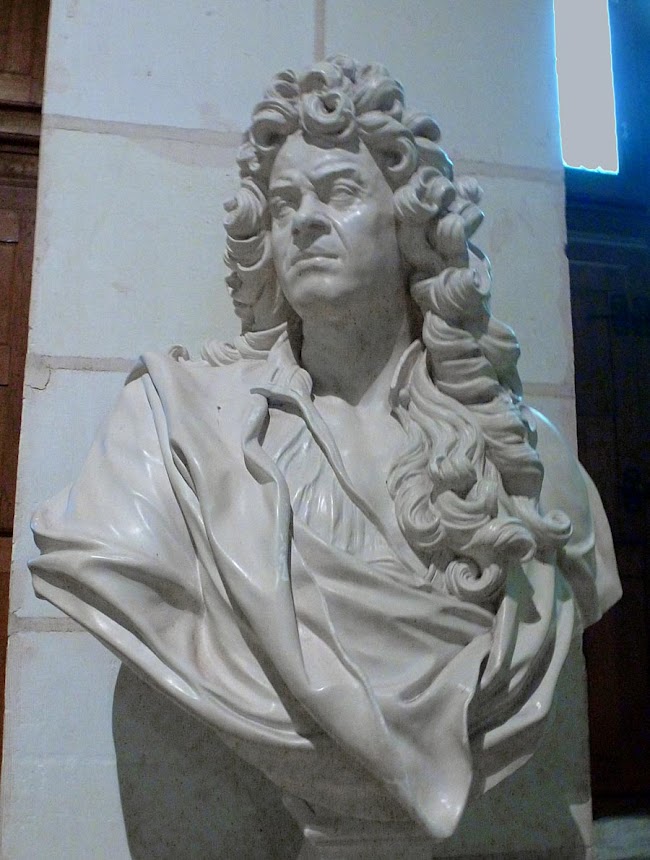 
Lully died after accidentally hitting himself on the toe with his long, heavy conductor's staff. He had lost his notoriously hot temper with his musicians and exploded in anger. The foot got infected but he refused the recommended treatment, which would have been amputation, because he wanted to be able to continue to dance. He developed gangrene and died in 1687 at age 55. Here's an article in French about Molière and Lully, their lives and times.
Posted by Ken Broadhurst at 07:15