House for sale, on river

I went into town again yesterday morning and took some photos. I took them with my third digital camera, a Canon SX700-HS, which I hadn't used in a while. Here are three photos I took along the riverfront in Saint-Aignan-sur-Cher. The first is a 19th century house (une maison bourgeoise is what it's called) for sale (à vendre). 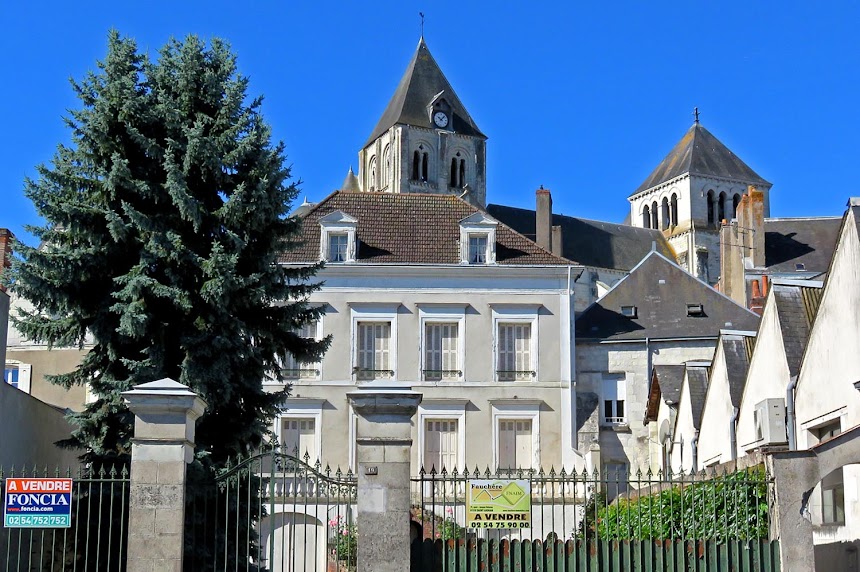 According to this real estate site, the house has 220 square meters of living space (about 2500 sq. ft.), including five bedrooms. The photos on the web site make it look pretty attractive, but heating costs might be high. The asking price is €241,500, or say $275,000 U.S. You can see that the church is right behind it, and it's on the river road right in the center of the old town. (I'm just reporting — I have no stake in the house or its sale.)

Above and below are two photos of the river that I took from near the house that's for sale. One shows the bridge and the Sur le Pont restaurant to the northwest. The other shows the view to the southeast, where the river comes into Saint-Aignan.

As usual, you can enlarge the photos by clicking on them with your mouse, or manipulating them on the screen of your tablet.
Posted by Ken Broadhurst at 07:00