Walt just told me that the temperature went down to 0ºC in the middle of the night. It got so cold that the boiler kicked in and the radiators warmed up for a few minutes despite our low nighttime thermostat setting. So our warm weather has ended for the time being. Yesterday's high was about 5ºC (40ºF). That's more December-like.

If you read our blogs much, you might remember that Walt took cuttings from a big hydrangea in our yard a couple of years ago and rooted them. He replanted the beds in front of the house with them. They have been a success. They're on the east side of the house and seem to like the afternoon shade. 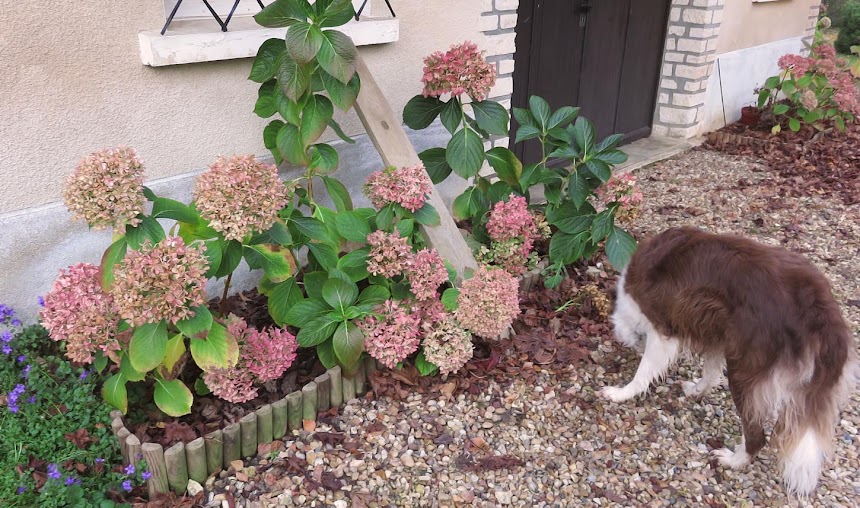 It's nice to have some December flowers, even if they are drying now. Some of the hydrangea (or hortensia) blossoms still have color. Others are almost green. The names "hydrangea" and "hortensia" seem to be interchangeable, but I've always called them hydrangeas. Hortensia is the French name. 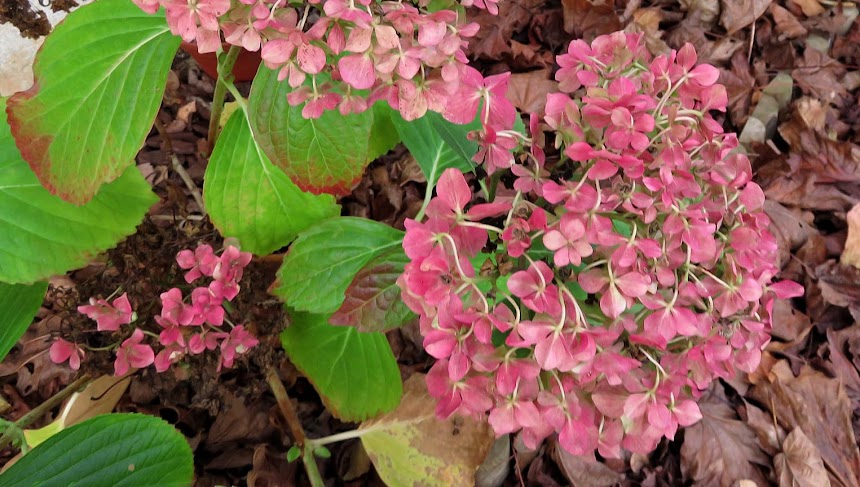 It's supposed to be gray and foggy today. I have a few more photos from my Tuesday morning walk that I want to post, and then I might go back to my "Decembers past" series for a few more days. We actually went to a restaurant last week, so maybe I'll post some photos from that rare event. 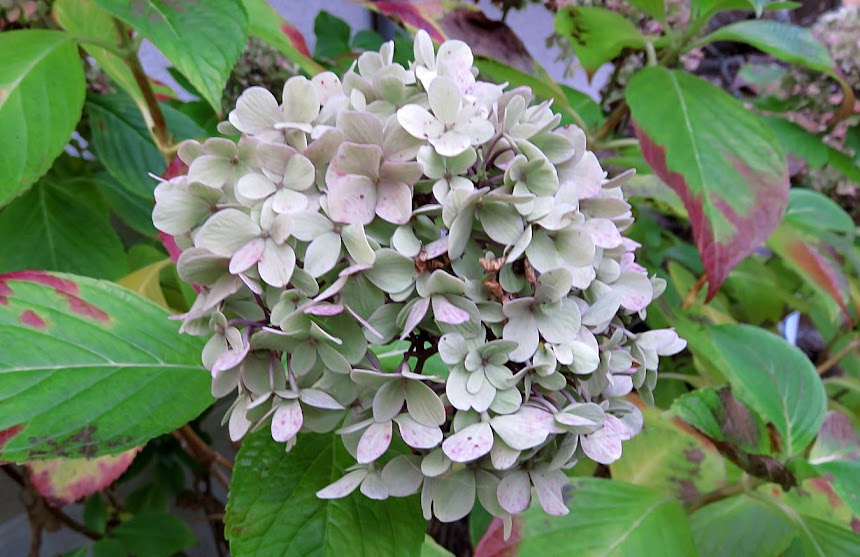 In preparation for the holiday season — Walt's birthday, Christmas, and New Year's Day all in a two-week span — we are doing our best these days to eat out of the garden and the freezer. Much of what we have in the big chest freezer downstairs is produce from the summer and fall vegetable garden, so garden and freezer amount to the same thing.

We plan to roast a turkey for Christmas, and then have oysters on the half-shell for New Year's Eve. I'll probably cook black-eyed peas for New Year's Day, following the Southern tradtion — maybe with some duck (confit de canard). As usual, Walt's birthday dinner will be French steak au poivre — a nice leans beefsteak cooked rare and served with a creamy black pepper sauce. This will be year 34 for that tradition.
Posted by Ken Broadhurst at 07:20