...and trimmings. I just want to show you a couple of photos of the turkey that I poached and then browned in a hot oven yesterday. It turned out good, but the breast meat was not as tender and moist as I remember past dindes et autres vollailles being in the past when poached this way. If you tried it, I hope it wasn't a disappointment. 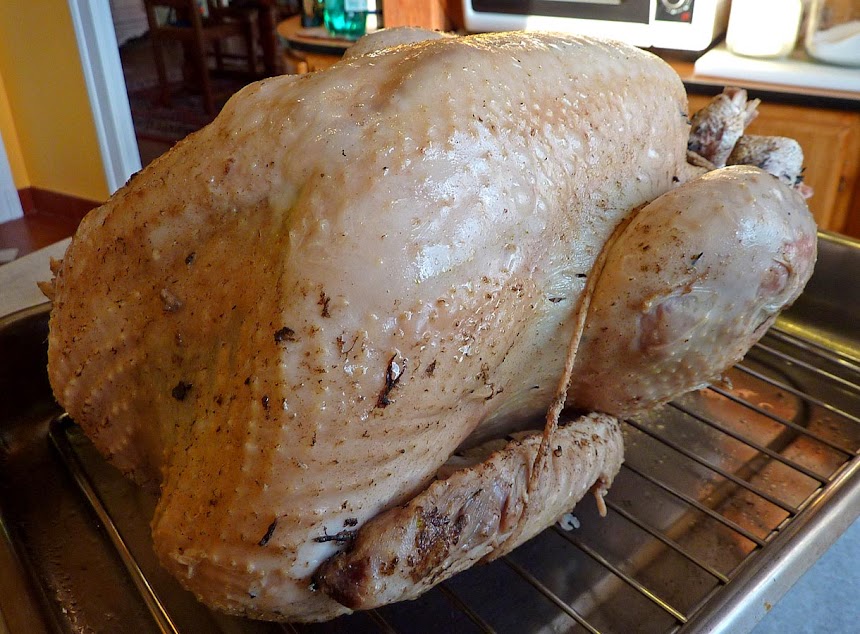 Above shows what the turkey looked like when I took it out of the pot of poaching liquid. I have to say the broth it made, with some carrots, onions, bay leaves, etc., was delicious. I told Walt I could have been happy just having a bowl of that broth with some bread as my lunch. 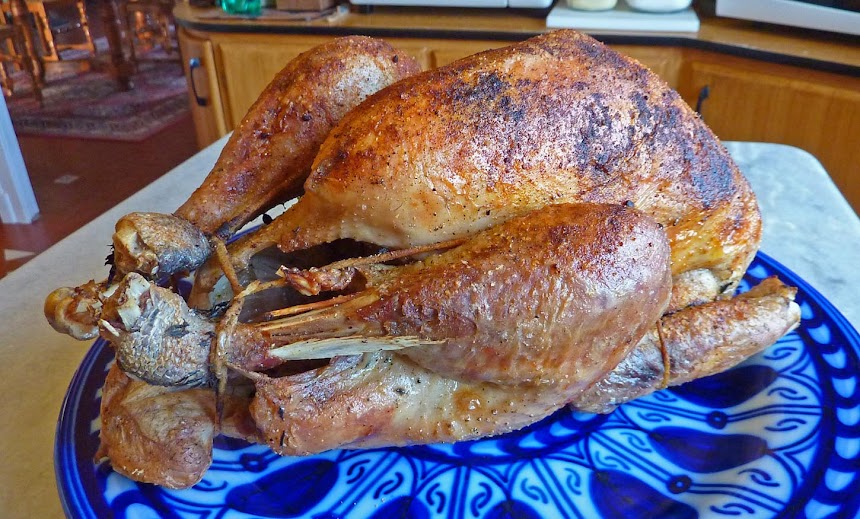 And this second photo shows the turkey after I browned it in a hot oven. I basted it with melted butter before putting it in to brown, and I sprinkled it with salt, pepper, and some smoked paprika. As you can see, it might have poached just a little too long (about two hours in all) — the drumstick on this side was starting to fall apart, and so was one of the wings. No big deal though. By the way, here's a page in French written by French food and TV personality Jean-Pierre Coffe explaining how he poaches and roasts turkeys and capons. 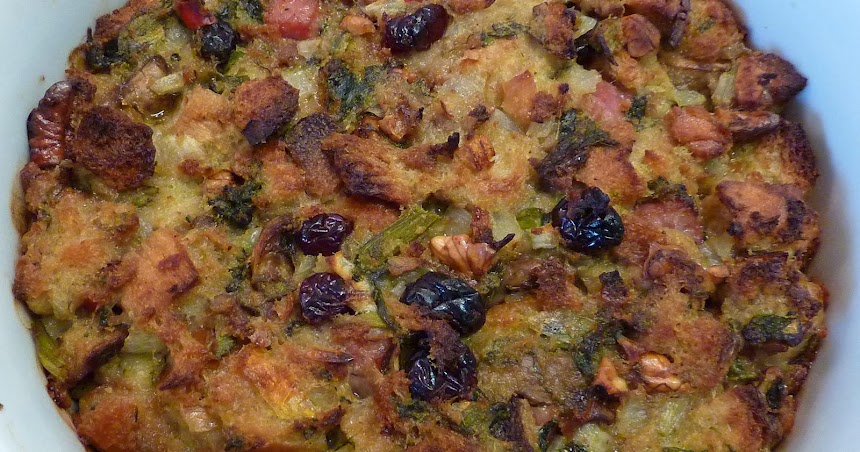 To go with the turkey, I made a pan of bread stuffing, which was a baguette cut up into cubed, moistened with melted butter and turkey broth, plus a lot of other ingredients: chopped onions, celery, bell peppers, walnuts, cranberries, mushrooms, sage, and smoked sausage. It's a kind of bread pudding with some beaten eggs mixed in as a binder, and it goes well with poultry. 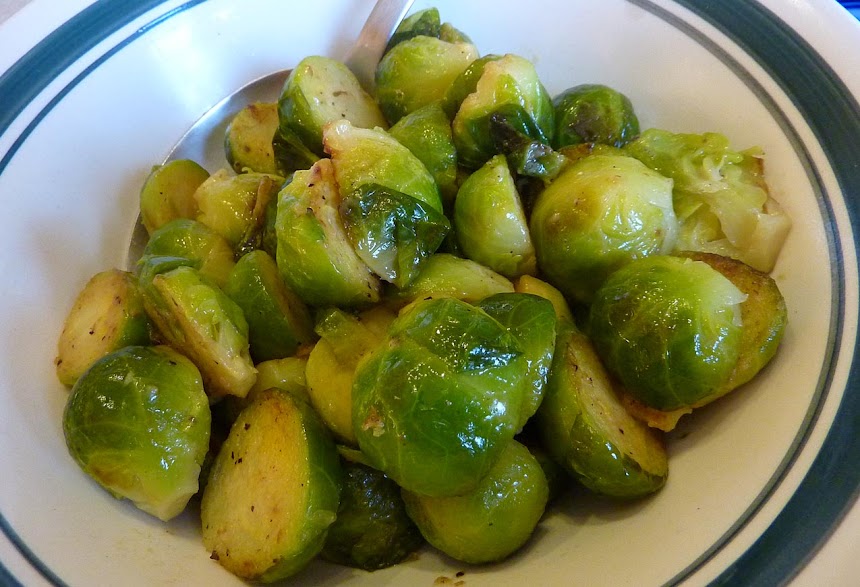 Walt cooked some Brussels sprouts briefly in a steamer, and then cut each one in half and sauteed the halves in melted butter. He dusted them with just a little bit of flour to give them a hint of a crust. He makes those every year during the holidays, using either butter or olive oil. They aren't cooked to death and they have a slightly sweet flavor and an appealing texture. Alors maintenant, attaquons les restes...
Posted by Ken Broadhurst at 07:35