The Christmas cactus plant in the two photos here was living in this house before we moved in 12½ years ago. We found it in the garage when we got here. I water it occasionally, and I've taken cuttings from it several times to start plants in new pots, but I've never repotted it. I do fertilize it every year. 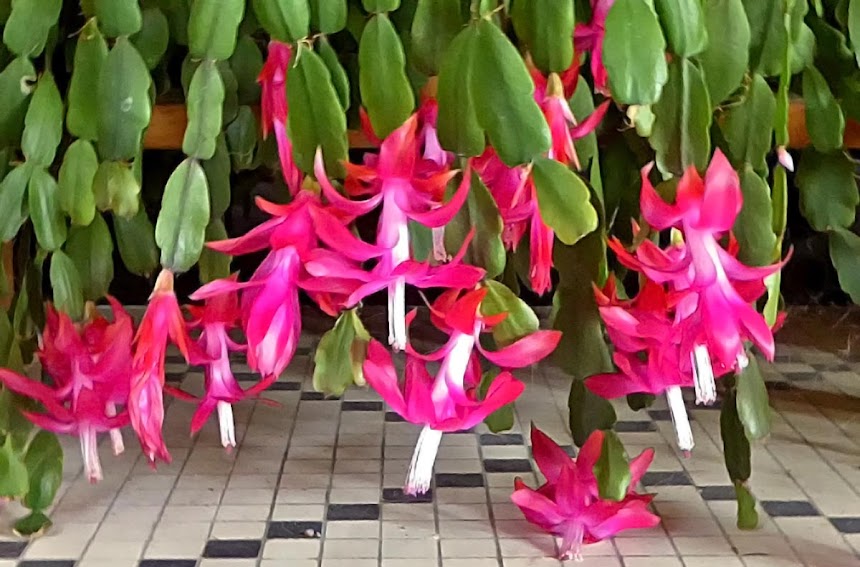 I took these photos of the cactus de Noël day before yesterday (Dec. 21, 2015). As you see, plant has actually bloomed at Christmas this year. Some years the blossoms appear earlier, and some years they appear later. I wonder if the plant might be 20 years old now, or older. It has always thrived on neglect, because nobody really lived here year-round until we arrived in 2003. 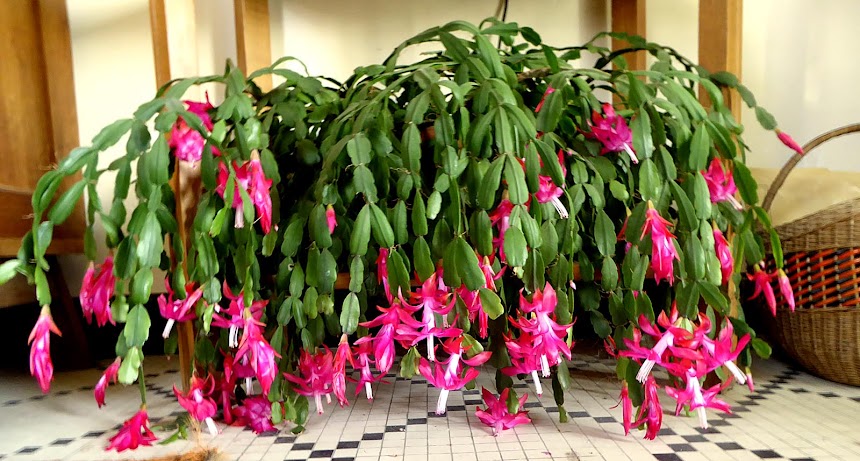 Today is a special market day. There's a special market for Christmas today down in Saint-Aignan, replacing the usual Saturday event. I've ordered a turkey and I'll go pick it up in a few hours. Then I have to go to SuperU to pick up some other supplies for our Christmas dinner. The weather is staying warm for December. It's interesting that we just spent seven thousand euros for a new boiler and new valves on all our radiators, and we're having such mild weather that we've hardly needed it so far.
Posted by Ken Broadhurst at 07:00