Out walking at sunrise

Since the sun doesn't rise until nearly 8:30 these days, it's not too hard to be outside with the dog at dawn. The four photos below are displayed in chronological order. I took them over a span of about 10 minutes a few mornings ago. I'm getting ready to go out with this dog this morning, but in the opposite direction. It's still completely dark at 7:30 8:00... 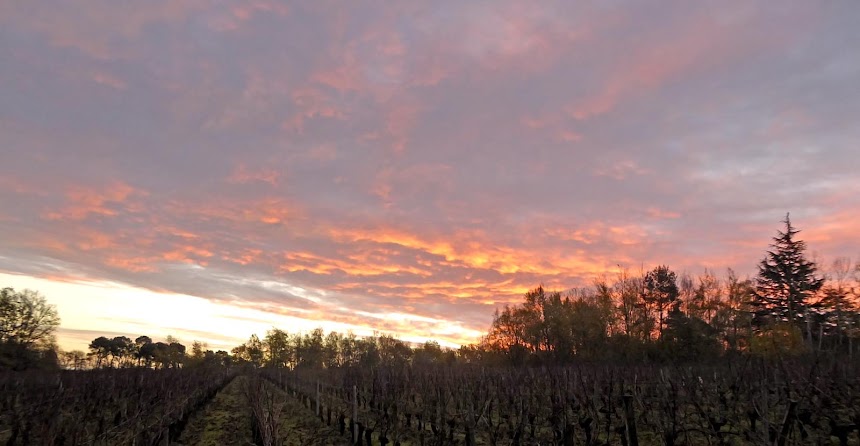 Most of the Renaudière vineyard is out west of our house, but the vines in fact wrap around us on three sides. The north side is a fairly steep slope down toward a wooded ravine and a stream. Callie likes to walk down the path through those woods, but it's pretty muddy in wintertime. 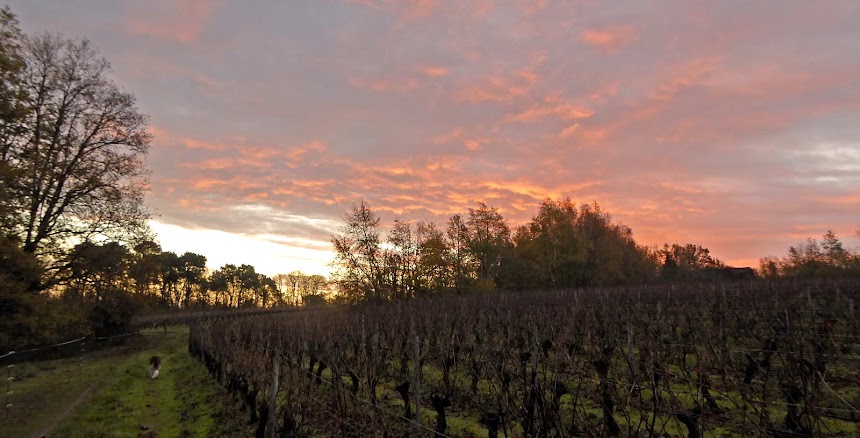 For these photos, I went out into the rows of vines that are east of our house. It was between 8:15 and 8:30 a.m. The sun rises far toward the south in this season. As you might notice, our weather has been very mild so far this year.

The trees are a mixture of conifers and hardwoods. You can see quite a bit of mistletoe in some of them. Mistletoe (le gui in French) is parasitic and grows in big balls on certain tree species. It likes apple and poplar trees, among others. 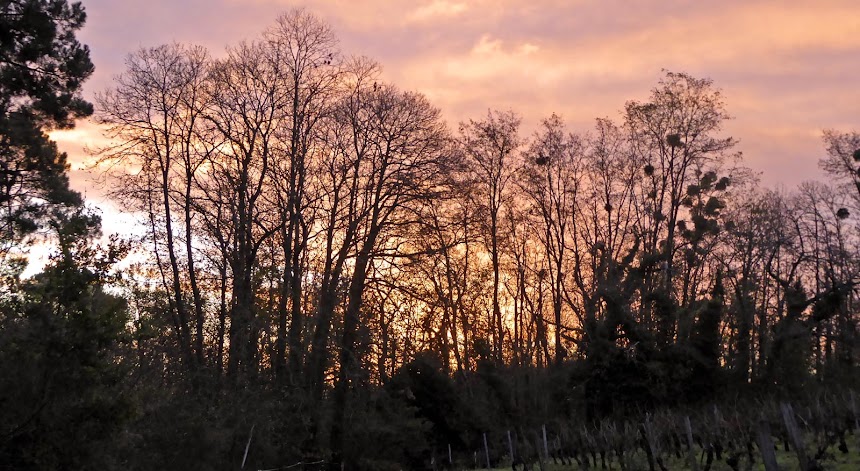 Over the next three or four days, we're predicted to have weather conditions that would be more typical of spring than late autumn. We're hoping for some cold weather this winter, and even some snow and ice. The last two winters have been very mild overall, with very few if any hard freezes. It's amazing  when you think that Saint-Aignan is as far north as Quebec City in Canada or the northern part of the state of Maine.
Posted by Ken Broadhurst at 07:30