As I mentioned a couple of days ago, this week I opened a jar of Korean-style fermented cabbage that I found lurking in the cold pantry downstairs for more than five years, since I made it. I half-way thought I would probably just end up throwing it out, but when I opened the jar the cabbage and carrot mixture looked and smelled really good. We had some for lunch yesterday and we are both feeling fine this morning. 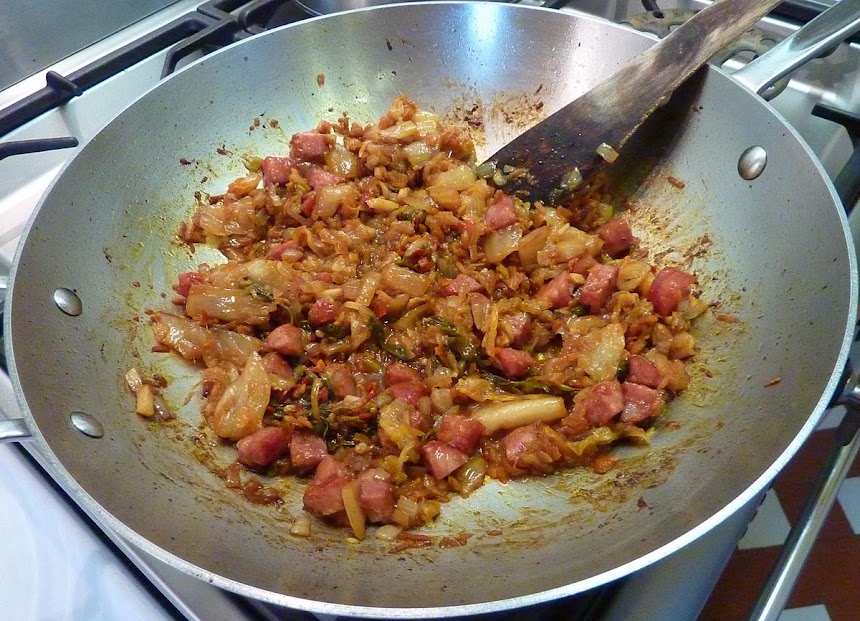 I cooked the kimchi as part of a pan of fried rice. It was really simple. Sauté a diced onion and chopped garlic clove with a diced up smoked sausage that has been marinated in soy sauce and ginger. Coarsely chop up a generous cupful of the kimchi and sauté that in the same pan after taking the sausage mixture out. When the kimchi has dried out some, put the sausage/onion mixture back in the pan (photo above). 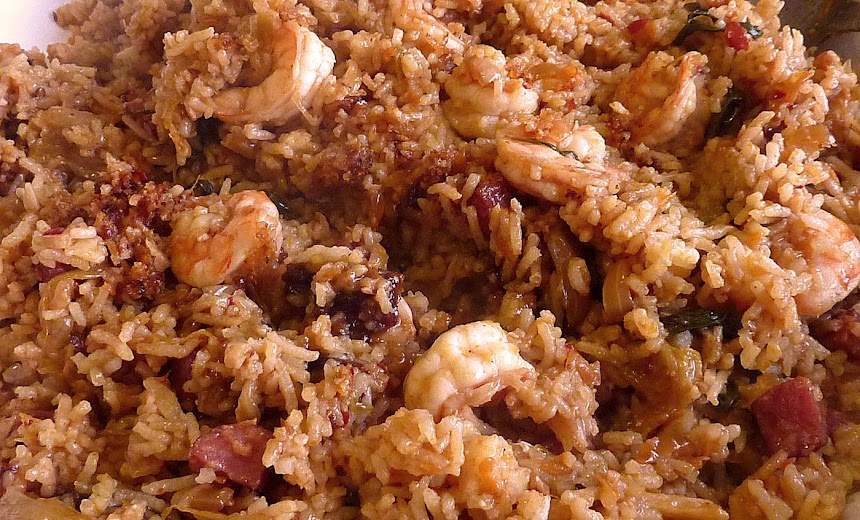 Then add about 3 cups of cooked rice that has spent a few hours drying out so that the grains will stay fairly separate. Finally, put in the peeled and deveined shrimp — between 15 and 20 of them. Toss the rice and shrimp with the kimchi mixture, adding dashes of soy sauce and hot pepper paste (mine had basil in it) as well as a little of the kimchi liquid. Cover the wok over low heat just long enough for the shrimp to steam through and turn pink. Serve with sesame oil. 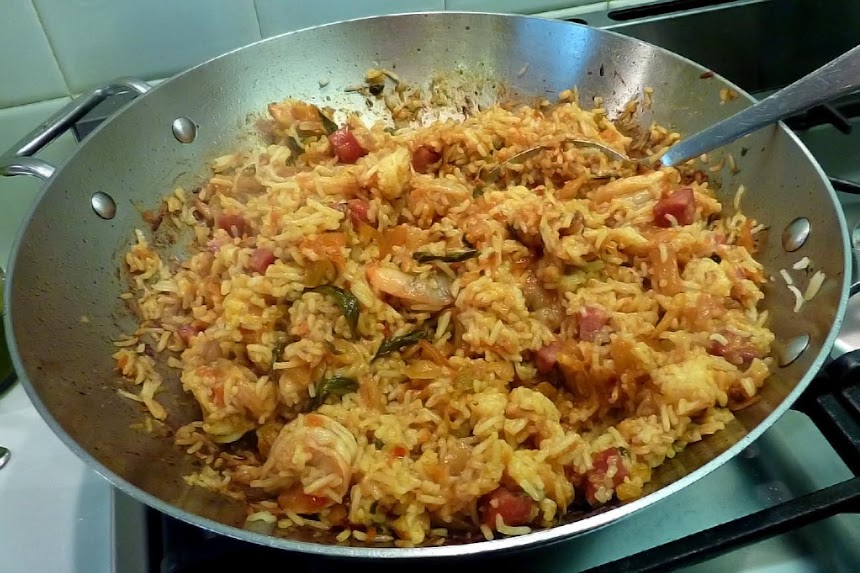 Kimchi fried rice might make a good non-traditional dressing or stuffing to go with the Christmas turkey.


I had gone to the market in Saint-Aignan earlier in the morning to pick up our turkey. It weighs 3.7 kilos (8 lbs.) and it cost the equivalent of $40 U.S. (37 euros). So that's $5.00/lb. It's a local farm-raised bird. I'm going to poach it in vegetable broth today or tomorrow and then roast it in the oven long enough to brown it nicely right before we carve and eat it. I'll make a pan of bread "dressing" (stuffing) and cook it separately in a baking dish. The poaching liquid will be the base for a good gravy.