I made slow-cooked duck — canard confit or confit de canard — nearly three weeks ago. We'll be eating some of it tomorrow in what in France is called a cassoulet. That's a dish of slow-cooked white beans with meats like duck, pork sausages, salt-cured pork, or even lamb. Cassoulet is not especially a New Year's Day dish in France, but it's become our own particular January 1 tradition. 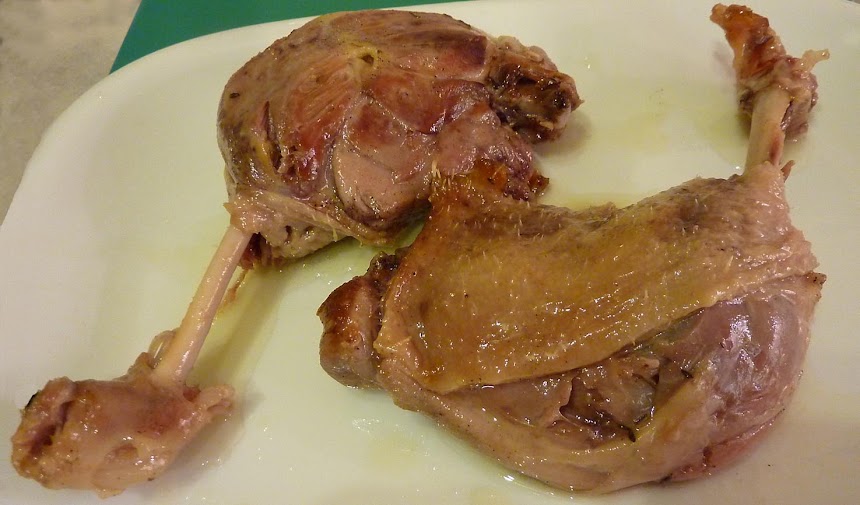 That's the slow-cooked duck above. Making confit is kind of like poaching a turkey, except that the poaching "liquid" is pure duck fat rather than water or broth. Both processes give you moist, succulent meat — especially the cooking in fat. Like the poached turkey, the slow-cooked duck then normally goes into the oven at the end for a good browning, to make the skin crispy. 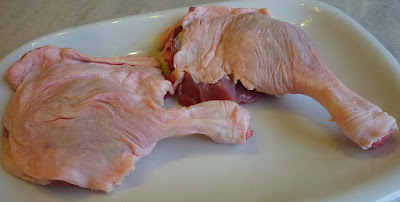 Think of making duck confit as a little like frying chicken, but without that layer of flour on the bird to absorb a lot of cooking oil, and cooked at a lower temperature for a longer time. 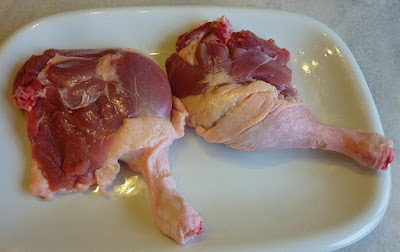 When you take the duck out of the poaching fat, you put it on a rack to drip as it heats up and browns in the oven. Duck fat is delicious, by the way, and in France people think of it as being much better for your health than, for example, butter. 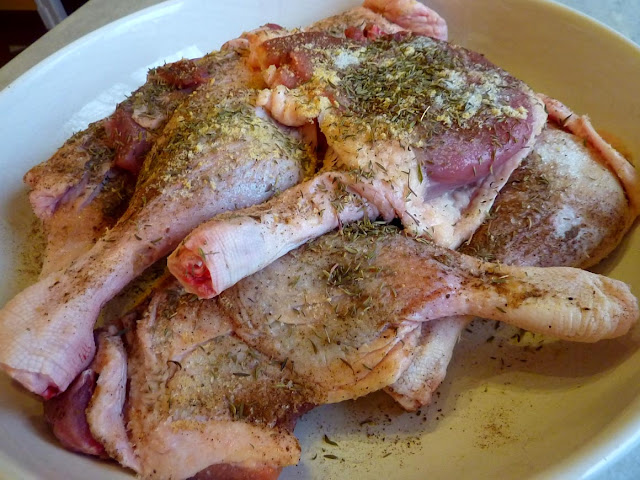 One thing that really enhances the flavor of the duck is the dry marinade or rub you use to cure it before you cook it. It's a mixture of onion, garlic, black pepper, coarse salt, and thyme, and the duck legs (you can also use wings) can sit in it for anywhere from 6 to 48 hours in the refrigerator before you cook them. This year I rinsed the marinade off the duck legs before I cooked them in fat — that's optional but safer if you think the confit might turn out too salty. 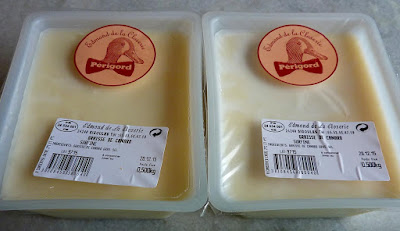 In France you can buy duck fat at the supermarket, either in jars or, this year, in these 500 gram tubs that were selling for two euros apiece. You can cook with the duck fat and then save it almost indefinitely in the refrigerator for re-use later. Fry potatoes in it. Season beans and greens and other vegetables with it. 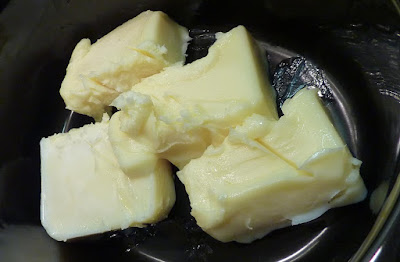 I melted the duck fat in the slow cooker and then carefully lowered the duck legs into the fat when it was liquid. I cooked the legs on low temperature for 6 hours. The meat was starting to fall off the bone by that time. 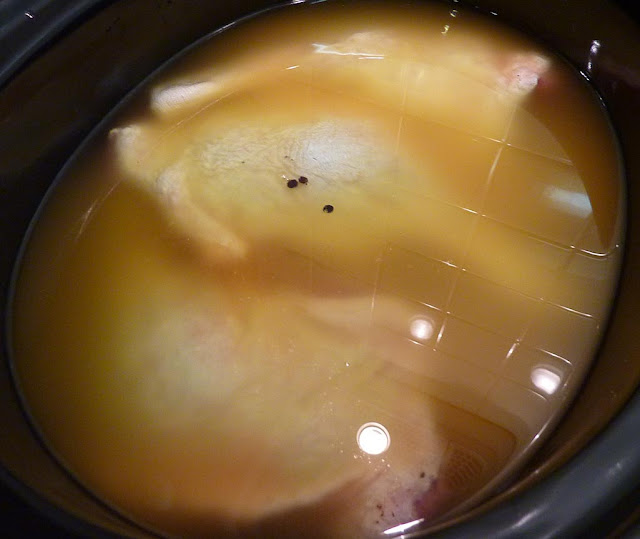 All I added to the crock pot with the fat and duck pieces was a few black peppercorns and a few bay leaves. 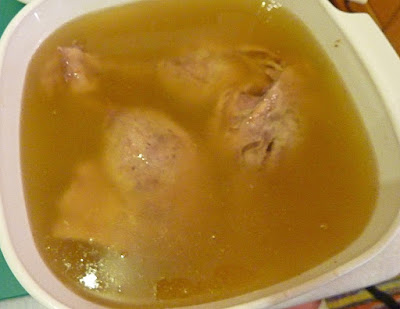 Here are the duck pieces after I took them out of the cooker (see the first photo at the top of this blog post) and then put them in another container for storage. I poured the warm fat over them so that they were completely covered, straining the fat to remove the peppercorns and bay leaves.

The confit is better tasting if you let it "cure"  and mellow in the cold, re-congealed fat for a few weeks before eating it. Because it is submerged in the fat it doesn't spoil. Keep in in the refrigerator or in a cold cellar or pantry.

In the days before people had refrigerators and freezers, making confit was a way to preserve cooked meats over the winter.