It's over 11ºC outdoors (52ºF) this morning — very mild. The interior of our house used to be at about that temperature on cold winter mornings. But not any more — even though Walt adjusted the thermostat yesterday so that the heat would come on 30 minutes later, here I sit at 6:30 a.m. in balmy 19º warmth (about 67ºF). I'm going to become a softy in my old age.


I'm pretty much finished with the lamb saga. Yesterday was day 4. Oh, and it's December 1 already. Today also makes exactly two weeks since I got back to France, after my short North Carolina visit. Jet lag is just a distant memory, and the cold I brought back is almost done now. On to the curry... 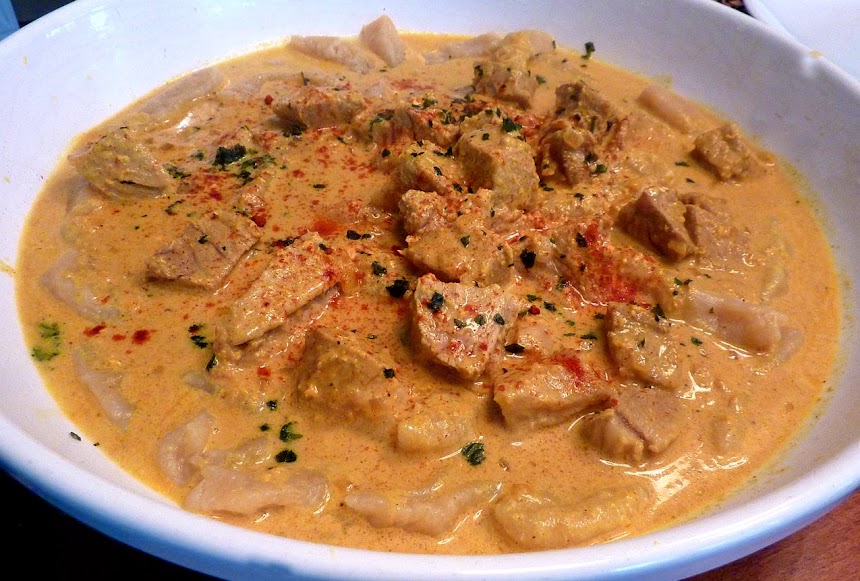 There was still a big piece of good lean lamb meat left on the bone when I started yesterday. It was cooked rare. I just diced it up into, say, 2-centimeter chunks and set it aside until I had made a sauce. Sauté one medium-size onion, finely chopped. Add first a good tablespoon of curry powder (supplemented with whatever spices you like best — fenugreek, cumin, smoked paprika, cloves, garlic etc.) and a big tablespoonful of fresh ginger root, also finely chopped.


When all that is fried and lightly toasted, add a cup (2 little containers) of plain yogurt to the pan. Cook that down, add salt and pepper, and then mix in two or three tablespoons of crème fraîche or heavy cream for richness. Let the sauce simmer and thicken for 10 or 15 minutes, tasting it and adjusting the seasoning as you go. Finally, toss in the diced lamb and stir it in to cook for about 10 minutes. It's ready. 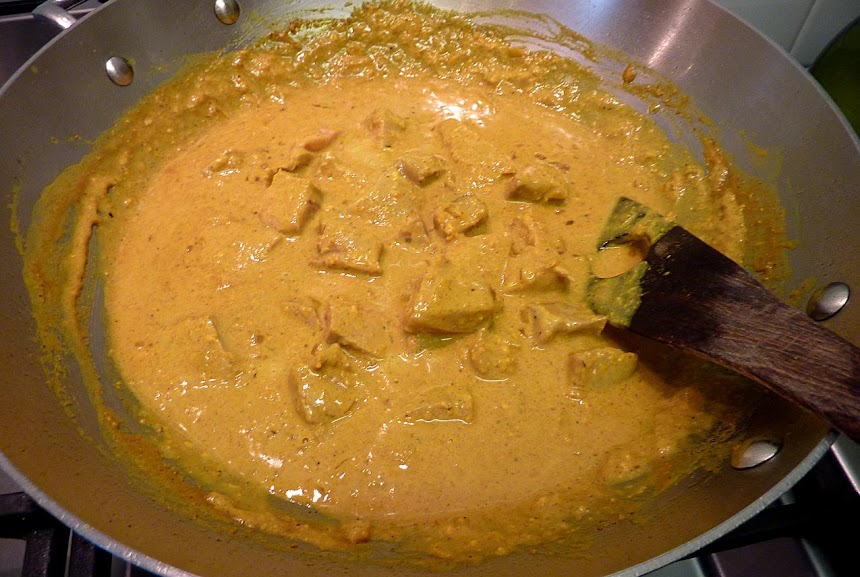 But before cooking the curry, we had made some gnocchi to have with it. Walt brought in all our winter squash crop a couple of days ago, and there were 15 acorn squashes included. Yesterday morning, I cut three of them in half, put them face down on a silicon baking pad on a baking sheet, and cooked them in a medium oven for 45 minutes, until the squash flesh was soft and well cooked. 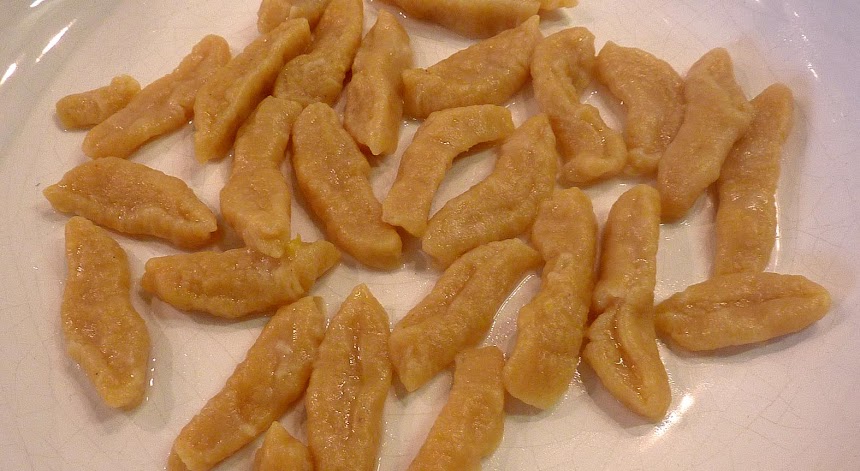 When they were cool, I scraped the flesh out of two squash halves and pureed it coarsely with a big fork. To that mixture I added some salt, pepper, cinnamon, nutmeg, smoked paprika, and hot pepper powder — plus one egg. Then I stated adding flour. For a cup of pureed squash, you need at least two cups of flour, but the exact amounts can vary with the water content of the puree. So you just have to do it by feel.


Make the mixture into a sticky dough, keeping it floured and working it on a stone or board. Shape it into a long log shape and then cut off little pieces about half the size of a little finger. Shape them roughly and put them on a lightly floured plate or pan to rest for a few minutes. Then drop them one by one into boiling water until they start floating to the surface. They're done. 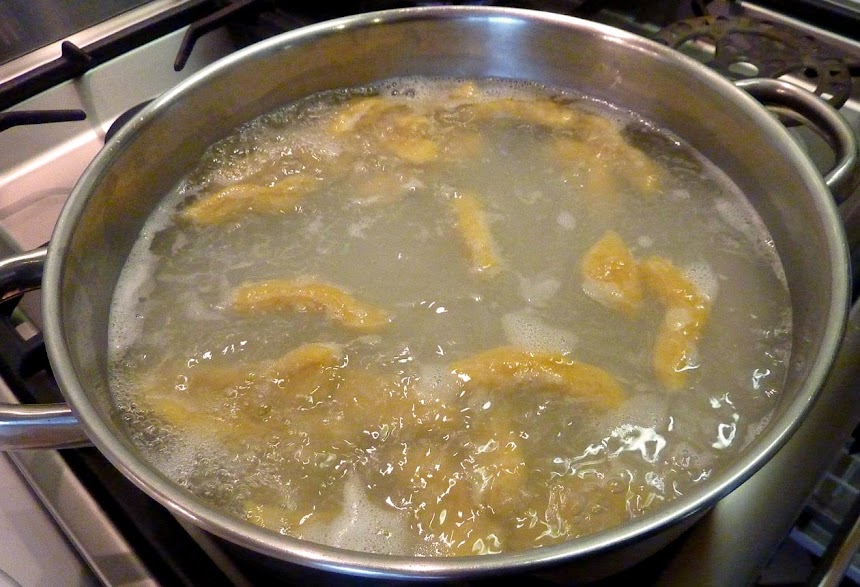 
The forty-euro, two-kilogram  leg of Limousin lamb is pretty much gone now. Some skin and whatever meat we can scrape off the bone will go into Callie's food this week. Lucky dog. We still have half of the collard green casserole with polenta for today's lunch, so that means the lamb will have fed us for five days.
Posted by Ken Broadhurst at 07:10