I've been up since 5:15 preparing today's main meal. It's going to be choucroute garnie — sauerkraut with smoked meat and sausages, boiled potatoes and... yes, carrots. This is not the first time I've ever made choucroute in the Alsatian style (more or less) but adapted to our tastes. Sometimes I serve it with smoked chicken, for example, instead of just smoked pork. 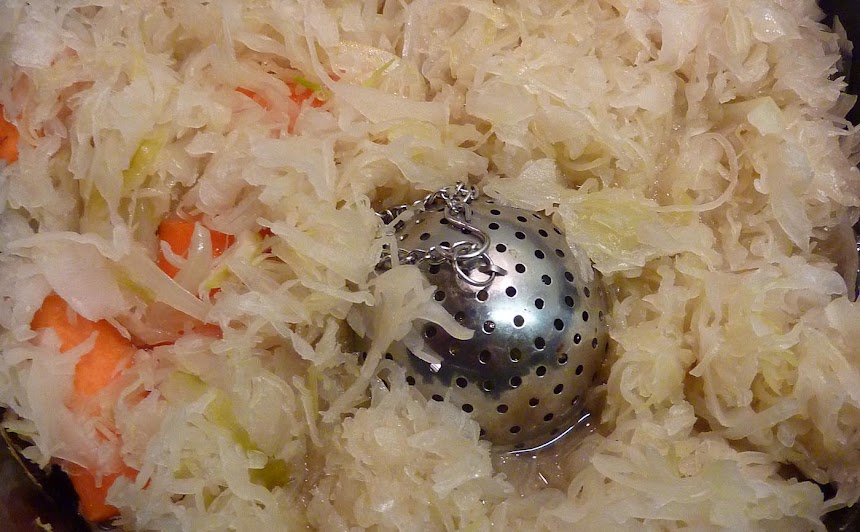 Choucroute simmering in the slow-cooker, with spices and herbs contained in a spice ball

If there's one thing I want to say about choucroute as it is prepared and served in France, it's that... It. Does. Not. Contain. Any. Vinegar. It might be vinegary as it is prepared in your country, but not here. French sauerkraut is "white" cabbage that has been shredded finely and cured for weeks or even months in salt and brine. It ferments and develops its special character. I like to buy it "raw" and cook it myself rather than buying it pre-cooked. (I'm actually planning to make some "collard kraut" later this week — it's something people make in North Carolina.) 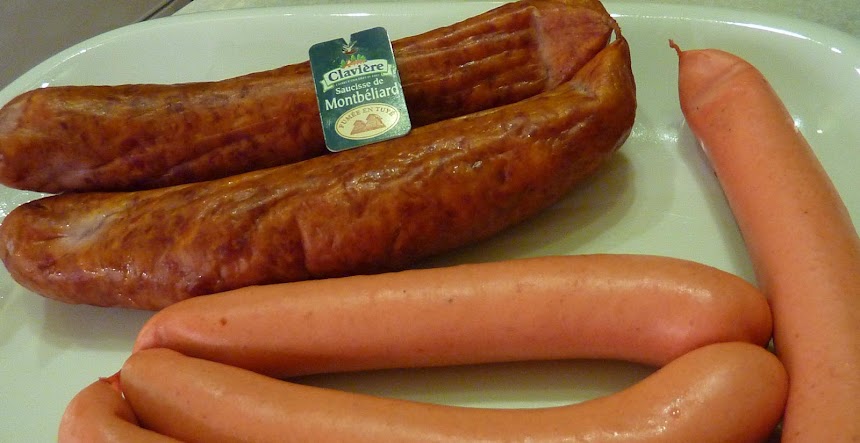 
The fermented vegetable is much easier to digest than fresh cabbage is, and the vitamins in the cabbage are released in forms that the human body can more easily absorb. That's the theory, at least. Once you rinse the sauerkraut thoroughly to get rid of excess salt and the smell of fermentation, you cook it in white wine (or beer, but hey... this is France) with onions and seasonings that include bay leaves, black peppercorns, and juniper berries. 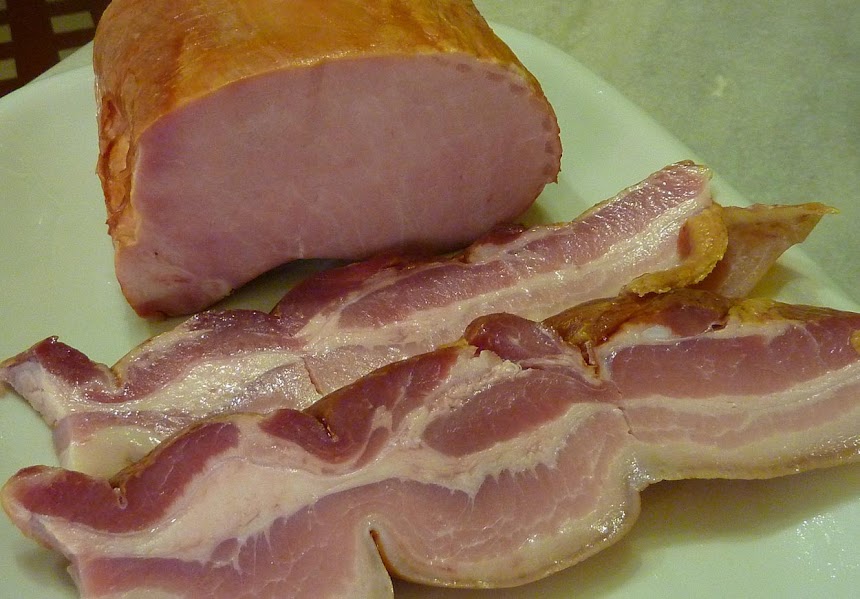 Okay, I'll stop there for today. There is still much to do. We're going out to a marché de Noël later this morning. It's being set up at a wine cooperative in the village of Saint-Romain-sur-Cher, just 5 or 6 miles north of Saint-Aignan. We're hoping to buy snails, foie gras, goat cheeses, and, of course, wine, to enjoy over the coming holiday season. Then we'll come home and lunch on the choucroute garnie, which will be keeping warm in the slow-cooker.
Posted by Ken Broadhurst at 07:30