“Fruits of the sea”

That describes what I saw at the open-air market in Saint-Aignan yesterday. Fruits de mer. It's the holiday season, and people's thoughts here in France turn to seafood. Crab, shrimp, prawns, gambas, oysters... 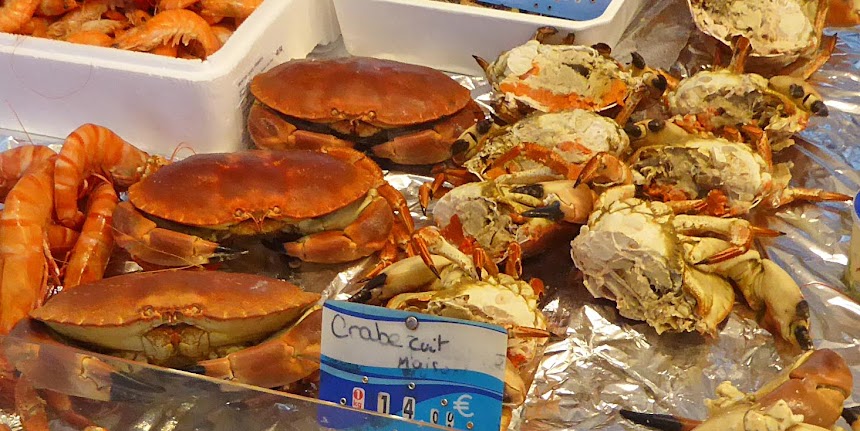 Saint-Aignan is lucky to have a seafood vendor who drives up here every Saturday and sets up a big stand on the market square to sell about the best seafood you'll find anywhere. The seafood people come from the coast near the Ile d'Oléron, about four hours south of us and an hour or so north of Bordeaux. 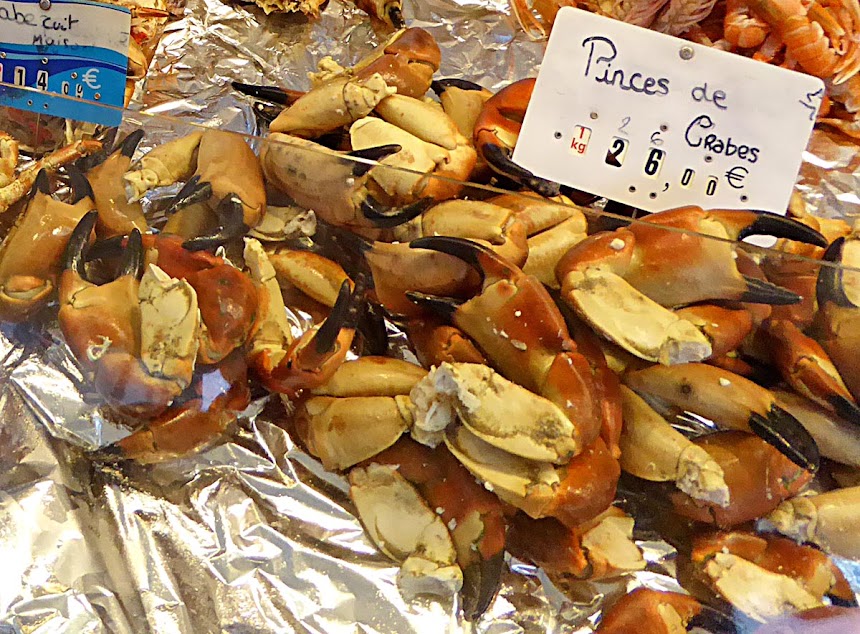 The big stone crabs above, sold cooked, are going for for 14 euros per kilogram — that's about 7 U.S. dollars a pound. The crab claws are selling for 26 euros a kilo, or just over $12 per pound. I bet they are both really good, but I didn't buy any. 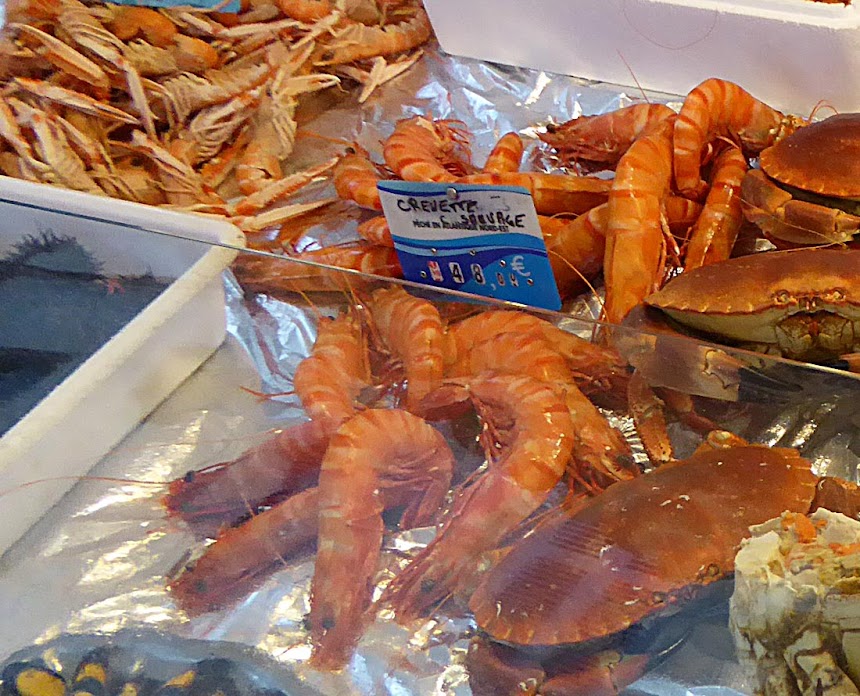 There are also shrimp, or what you might call prawns. They're almost always sold already cooked here in France. The ones above are advertised as "wild" — in other words, not farmed. They're priced at 48 euros per kilo, or about $24 a pound in U.S. terms. Yikes! The euro is trading at about $1.10 U.S. right now.

There are different kinds of shrimp/prawns in the photo above. The big ones in the middle are, I think, farmed, and they're imported from Ecuador. You can get them for about $8/pound. On the right you see crevettes grises, or gray shrimp. They're tiny. They cost more than the aquaculture shrimp and supposedly have better flavor. I don't think I've ever tried them.
Posted by Ken Broadhurst at 07:30