« Les bouleaux poussent en général sur les terres pauvres et souvent siliceuses... » — "Birches generally grow in places where the soil is poor, and often siliceous..." That means that birch trees like soil that is composed of quartz sand and flint. That describes the region we live in. Flint stone was a major industry in the Cher river valley — at Meusnes, for example, a village just seven or eight miles upriver from Saint-Aignan. 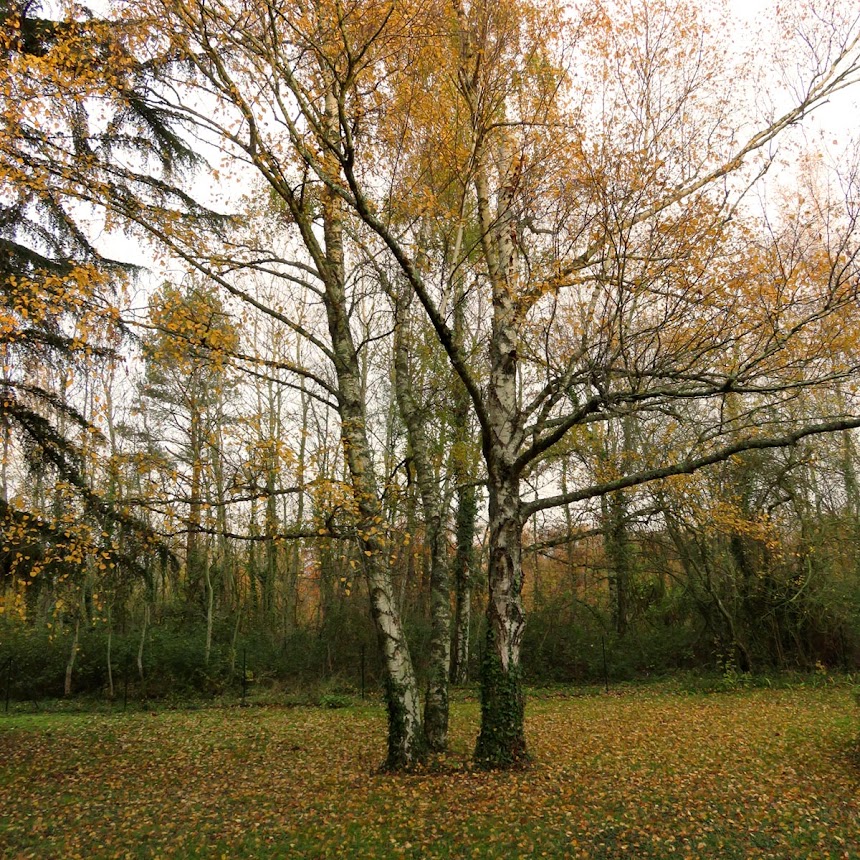 Our house has a name. It's called Les Bouleaux, and there's a sign saying that on the front of the house. The term bouleau has both Celtic and Latin origins, apparently. I don't know if giving houses a name was an affectation, or if the custom dates back to a time when the houses in our hamlet didn't have street numbers. At least three other houses in our hamlet have names, including Bella Vista, La Grange, and La Ruine. Ours is The Birches, and there are birches in our yard (and in the photos here). 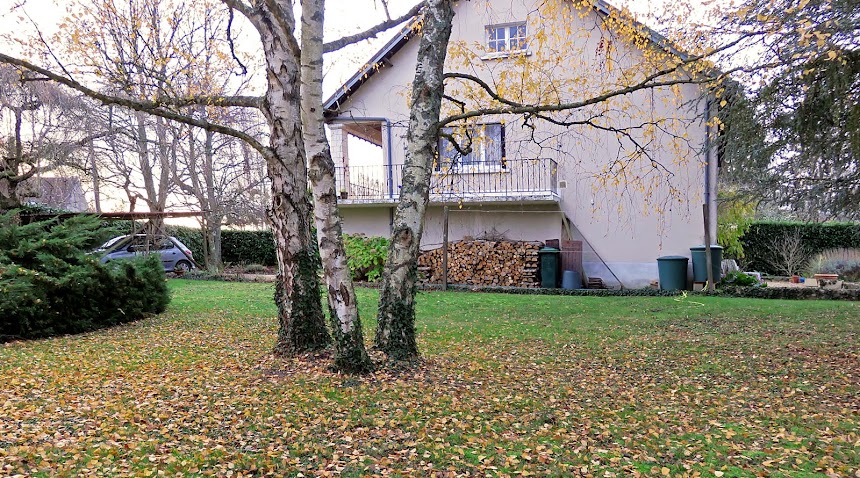 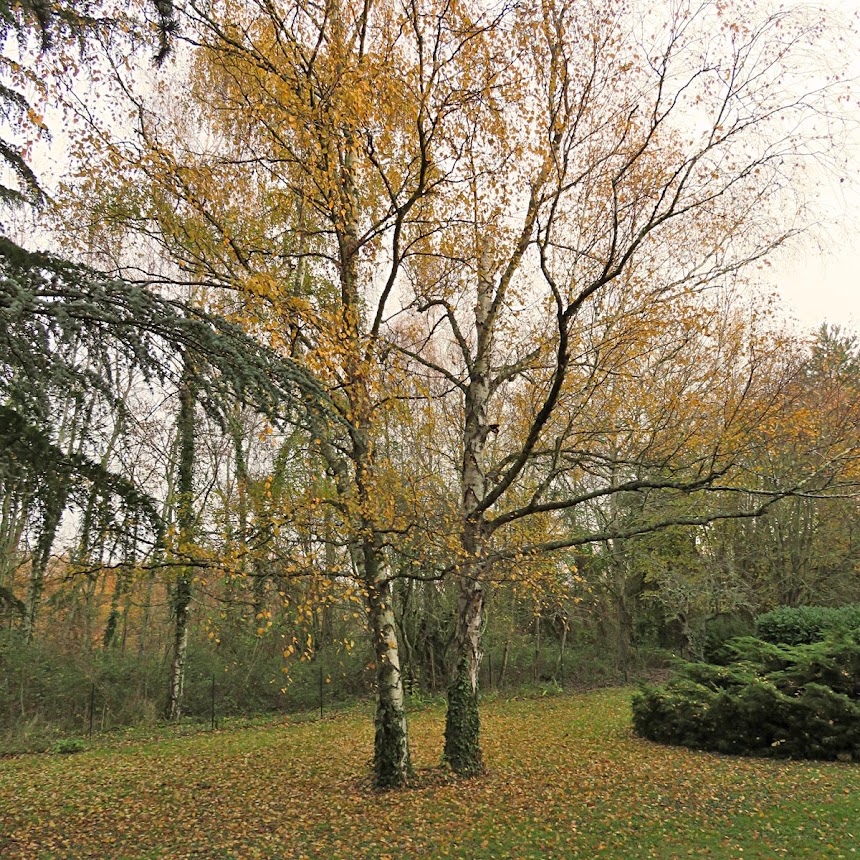 I think grapes also like poor soils. People here describe the land all around our house as « de la terre à vignes » or "grapevine soil" that is very different from the rich river valley soils down the hill from us by just a few hundred meters. That's why we have worked hard over the past 12 years to improve the soil in our back yard garden plots by tilling a lot of compost into it every spring. Considering how poor the soil is, we've done pretty well with our vegetable gardens.
Posted by Ken Broadhurst at 07:30