That's hay fever, or a "hay cold." In my case, I don't think it has much to do with hay. Hay fever is a also called la rhinite allergique — allergic rhinitis — or pollinose. The main symptoms are inflammation of the mucous membranes (the runny nose) and conjunctivitis (the watery eyes). In France, according to Wikipedia, 30% of adults suffer from hay fever. I'm one of those.

In my case, the rhinitis/conjunctivitis is caused mainly by cypress tree pollen. That's what tests in California showed to be the source of my seasonal misery. I believe I'm also allergic to pollen from the plant called "broom" — known as Scotch Broom in the U.S. and genêt in France — which is currently invading our environment. More and more of it grows around the vineyard (though I haven't noticed any of its yellow flowers yet). I may be allergic to the pollen of other plants too. 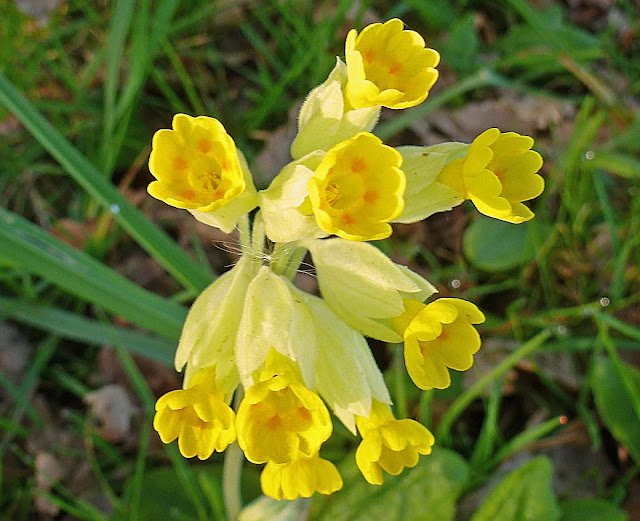 Pollen from springtime flowers doesn't seem to cause my allergic reactions.

There aren't many cypress trees here in the Loire Valley. They grow in the south of France and in Italy, for example — the cyprès commun (Cupressuus sempervirens) is a Mediterranean tree, and in English it's called the Mediterranean, Tuscan, Italian, or Graveyard Cypress. In California, the pollen that caused my springtime affliction was the Monterey Cypress (Cupressus marcrocarpa), according to the allergist I consulted. It grows up and down the California coast, as well as in smaller numbers along the coasts of Great Britain and France, where it has been planted as an ornamental tree. 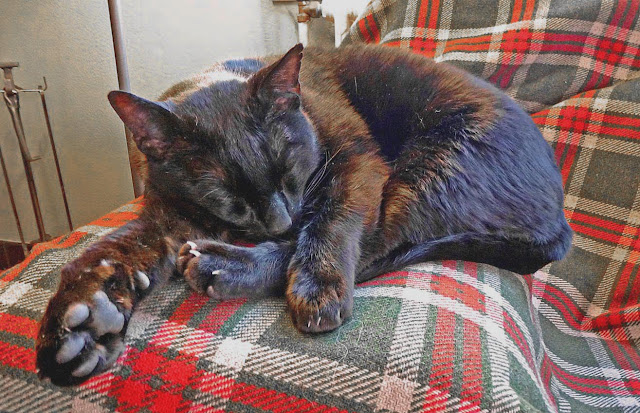 Bertie doesn't have allergies, but he brings pollen with him when he comes into the house.

So why have I been suffering from hay fever since I got off the train in Vierzon last Thursday morning? I think it's because a big low pressure system has been churning across the Mediterranean off the southern French coast and over Corsica. It's been sending pollen-laden wind toward the north across Italy and the Alps and on eastward toward central France. It's been blocking the flow of "cleaner" air off the Atlantic Ocean. 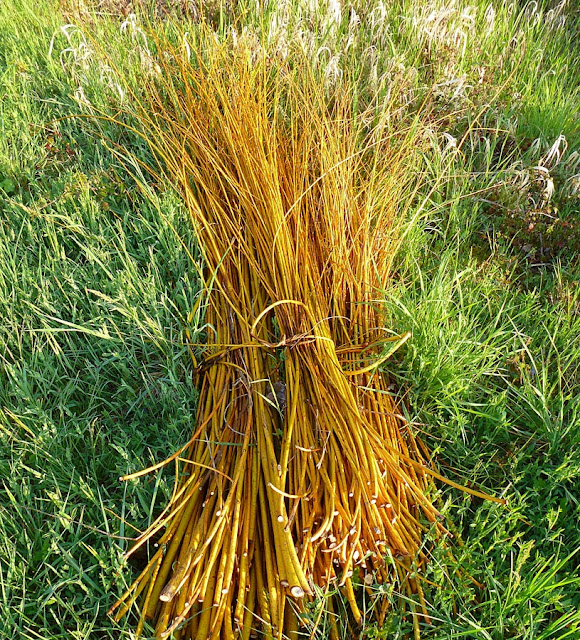 I like the way these willow whips are tied into bundles around the vineyard.

The low pressure system is now moving toward the east, and a front is coming in from the northwest, off the Atlantic. It's already raining (lightly) in Brittany and Normandy. I think I'll start feeling better  once the front passes through the Loire Valley. That's my theory, anyway. Back in San Francisco, the allergist told me it might be a good idea to relocate to northern France, but not to the south, because there are so many cypress trees along the Mediterranean coast.
Posted by Ken Broadhurst at 08:00