And on the third night...

...I slept. I slept all through the night, I mean. The jet lag has been bad this time, coming this way. I had hardly any jet lag traveling to North Carolina. That's a pattern for me. Jet lag has always been worse coming to France than it is going to America. 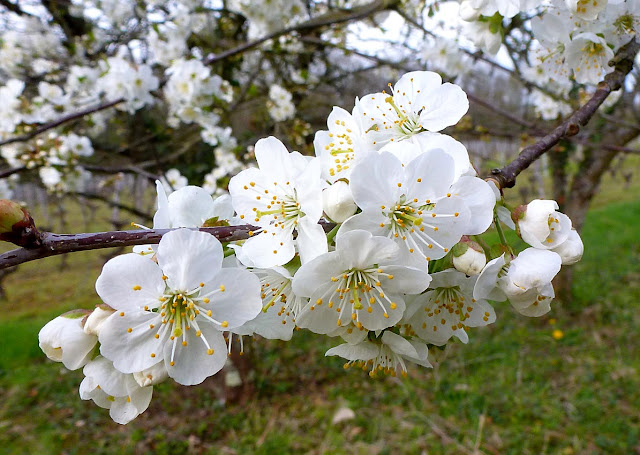 Springtime blossoms around Saint-Aignan
They say it's easier to travel with the sun rather than against the sun. I guess that's what it's all about. On the way from Europe to North America, you spend an extra-long day on a plane, but when you arrive it's pretty much nighttime and time to sleep. When you come back to Europe, you spend a sleepless night (at least I do) on a plane, and when you arrive a new day is just beginning. If you give in to the urge to sleep before a normal bedtime, you're done for. 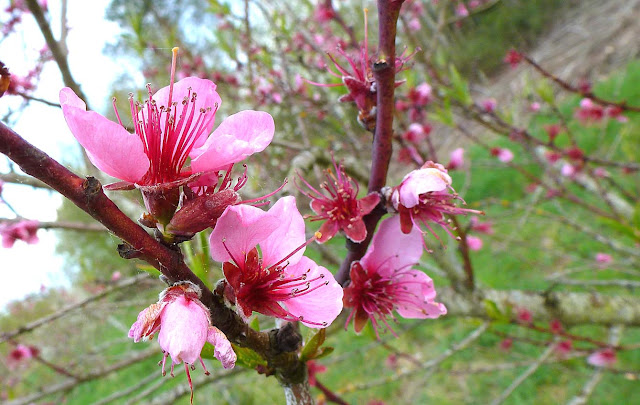 I don't think I'm allergic to the pollen from these fruit-tree blossoms...
So Thursday night and Friday night, I was up and wide awake at about one a.m., which is seven p.m. on the U.S. East Coast. It was like I'd had an afternoon nap and my body and mind were ready to be active again.
Last night, I went to bed at 10 and this morning I woke up at six. I slept straight through. 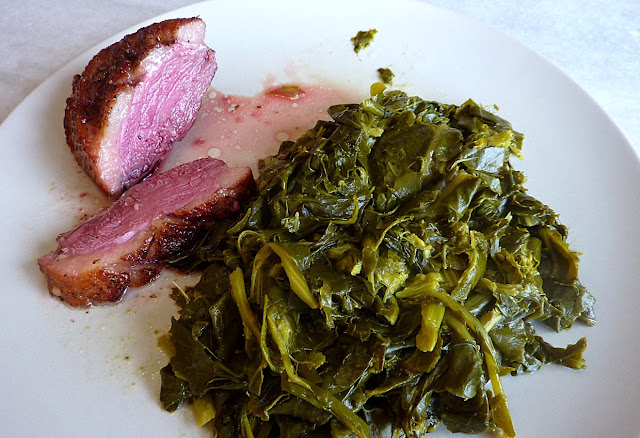 Yesterday morning, I went out and harvested my spring crop of collard greens.
I cooked them along with a pan-roasted duck breast filet for lunch.
Maybe now the allergy symptoms will go away. As soon as I got off the train in Vierzon, my nose started running and my eyes started burning. I had been worried about having allergy symptoms in North Carolina, but I had none. My sister and a friend of hers both had allergy attacks while I was there, but not me.
I wasn't worried about coming back to Saint-Aignan. I should have been. So far, the sneezing hasn't been too bad. Maybe the wind will change direction today or tomorrow and I'll begin to feel better.
Posted by Ken Broadhurst at 07:35