Albemarle [AL-buh-marl] is a large town, pop. 15,000, in central North Carolina, a little east of Charlotte. It was incorporated in 1857, the same year as my home town, Morehead City. Charlotte is much older. I'd never been to Albemarle before today. 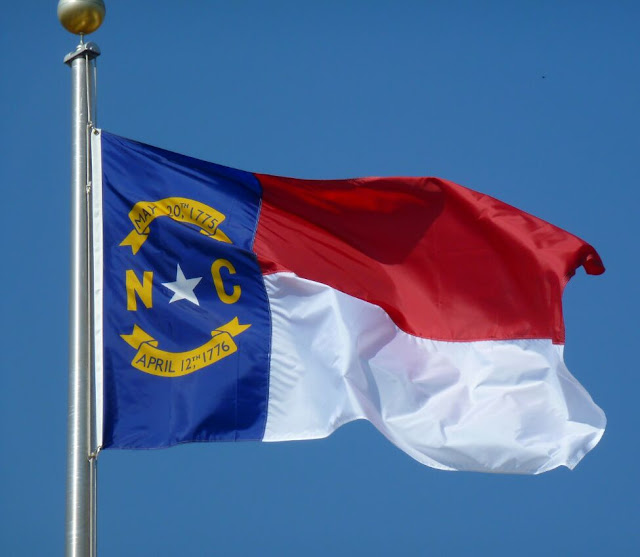 
We were driving back home on what is called the Charlotte-Morehead City highway, NC 24. The road runs for 450 km (nearly 300 miles) east to west through the center of the state, making it the longest NC state highway. I had never driven across the state on that route before. 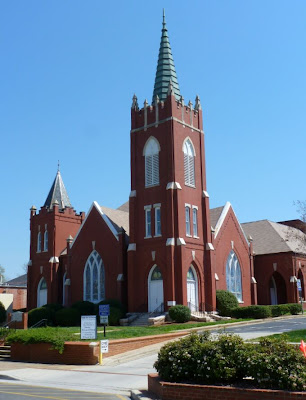 As in many Southern places, churches are the town's most distinctive feature. Since I posted three pictures of Notre-Dame cathedral in Paris yesterday, today I thought I'd post three photos of typical southern U.S. protestant churches.

A Methodist church in Albemarle... 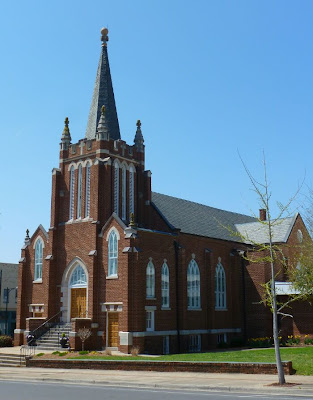 The drive home through central N.C. took about seven hours. We drove through the center of Charlotte, and then continued on to Troy, Carthage, Lillington, Dunn, Mount Olive, and Goldsboro on NC 24. Part of the drive, toward the west, took us through rolling hill country and an extensive national forest.

...and a Lutheran church 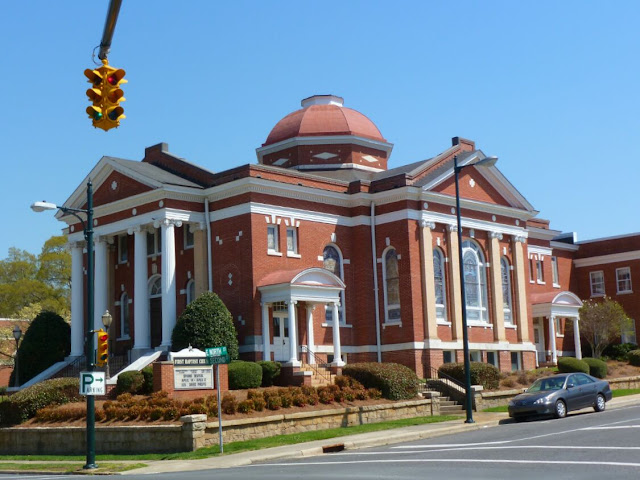 
As we arrived at Goldsboro, on the eastern coastal plain, the land flattened out and forest gave way to wide fields. It's 100 miles across that plain from Goldsboro to Morehead City. The road passes near New Bern, which was the British capital of the colony before the War of Independence.
Posted by Ken Broadhurst at 06:00