First, the train station in Orléans, where I spent a couple of cold, windy, hungry
hours Monday afternoon just standing around, waiting
for a train to Paris. I like the station, but... 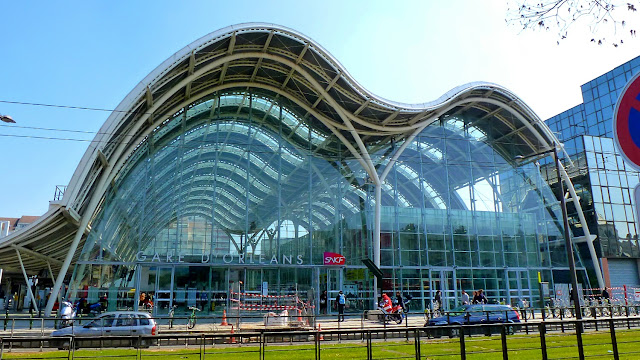 Second, the quais in Paris, between the Gare d' Austerlitz and Notre-Dame, where the
bouquinistes were out in force on Easter Monday. You can see from the way people
were dressed that it wasn't exactly warm that afternoon. 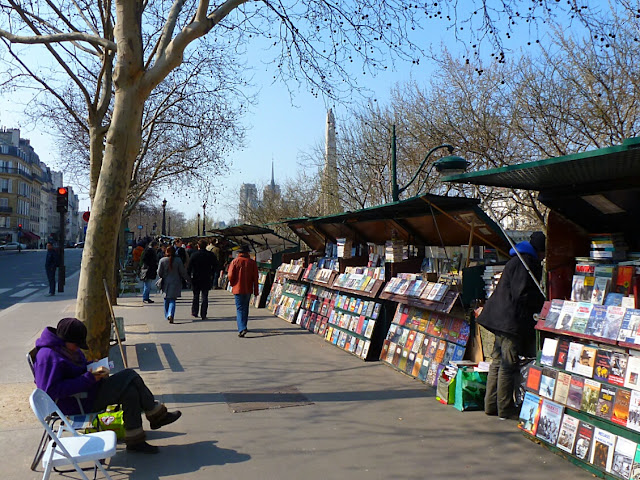 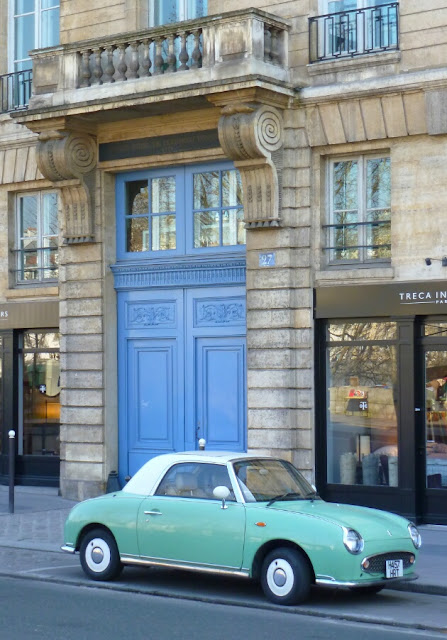 When I saw this little car parked in front of a beautiful old building, I thought how nice it would be to jump in and go for a drive around the city and then out to the airport.

Too bad there isn't a bateau-mouche that goes out to CDG airport.... 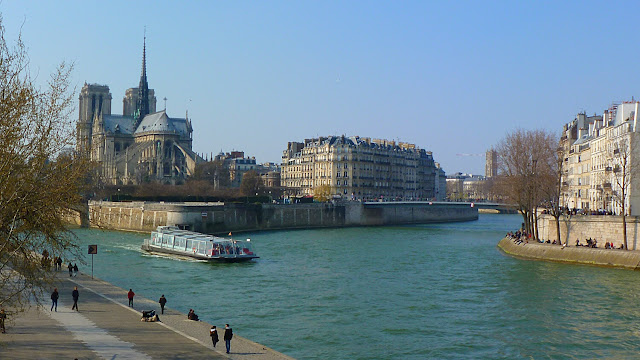 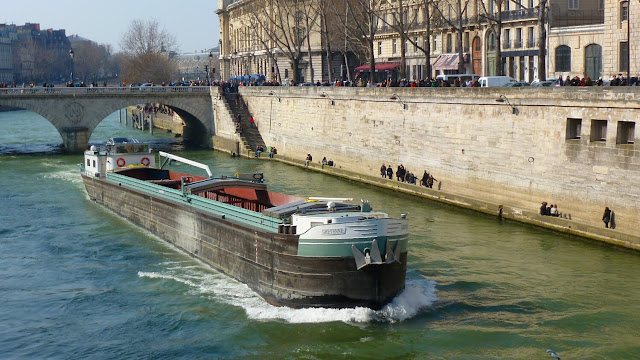 It's raining today here on the Carolina coast. It's weather that is not exactly conducive to taking pictures. My mother and I spent the afternoon visiting a former neighbor whose 90th birthday is later this month. Her son, who I grew up with, was there too, with his wife, Carol, who's originally from Buffalo NY. We locals spent a lot of time reminiscing about life on the NC coast 50 years ago. I wonder what Carol thought of it all.
Posted by Ken Broadhurst at 05:00