Uh-oh. I can't get used to this blogging-in-the-evening schedule. I'm used to blogging in the morning. So today I forgot to write anything, and at 10:15 p.m. I just remembered. Earlier today, I did process and upload some pictures. 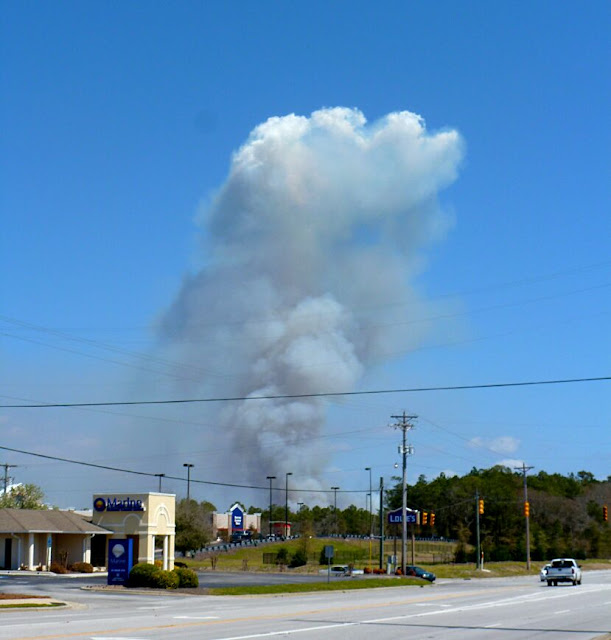 This was, I think, a controlled burn near the town of Cape Carteret on the N.C. coast.
It was slightly alarming to see such an impressive plume of smoke so close to a
shopping center. Cape Carteret is on the southern edge of Croatan
National Forest,  where forest fires occur frequently. 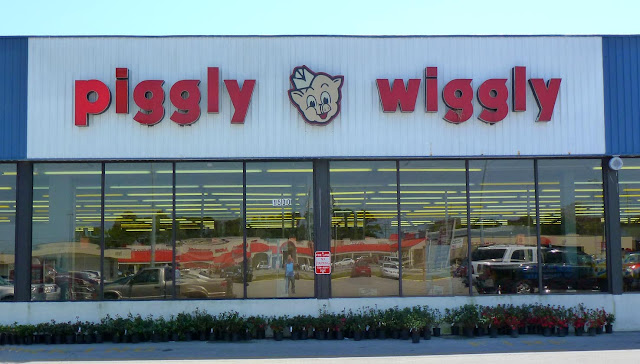 This Piggly Wiggly supermarket is in Beaufort, N.C., on the coast. Founded in 1710,
Beaufort — pronounced [BOH-furt] — is the third oldest town in North Carolina.
Piggly Wiggly is, I think, the oldest chain of self-service supermarkets
in the United States. 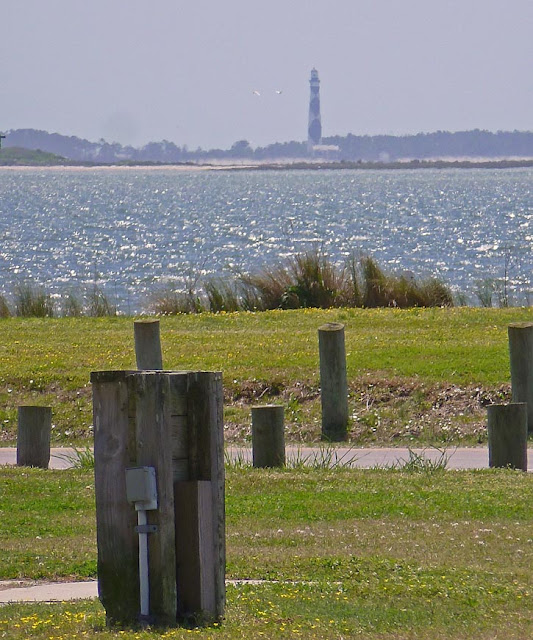 This is Cape Lookout lighthouse, in a photo taken from the shores of Harkers Island, N.C.
Cape Lookout is considered to be the southern end of the Outer Banks and
was the site of a whaling village in the 19th century. A series of destructive
hurricanes forced the 500 or so hardy souls who lived there to
break camp and move to the mainland around the year 1900.
Posted by Ken Broadhurst at 06:00