That's what my cousin said to me today. I never thought of it that way. It must be because it's something typical of North Carolina that brings back so many good memories. Plus the fact that it's just good eats. 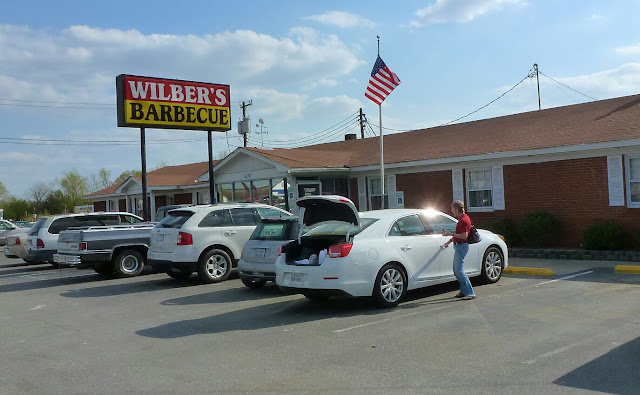 One of my favorite barbecue joints is Wilber's in Goldsboro, N.C.
That's my sister, Joanna, getting into the car.


When I say barbecue, I mean pulled pork with a vinegar and hot pepper sauce. No ketchup. No mustard. No tomato puree. No sugar. No Worcestershire sauce. Just vinegar, dried and crushed hot red chilli peppers, and some salt and pepper. 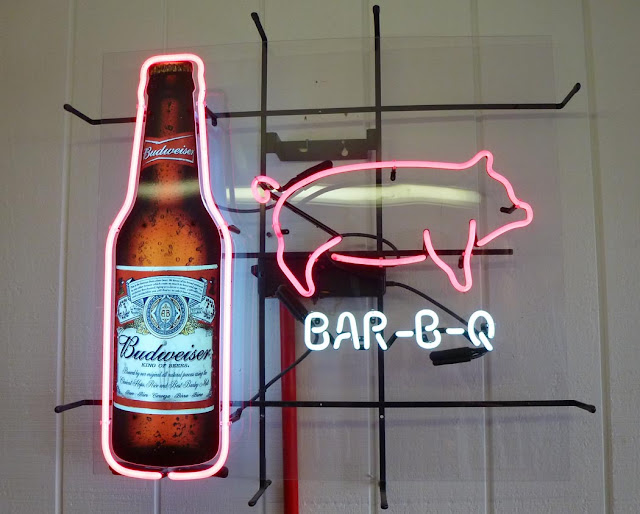 I liked this neon sign at King's barbecue restaurant in Kinston, N.C.

My aunt says that one of the best local barbecue cooks here in Morehead City used to put some sage in hers, for flavor. I have to try that, since we have two or three big sage bushes out in the garden in Saint-Aignan.

One of my vivid memories of my late father dates back to 1967, the first time he drove me up to Durham, N.C., to leave me at the university there. We stopped at Wilber's (see photo above) and ate barbecue together. You'll notice that "barbecue" is the Eastern North Carolina term for what "people from off" insist on calling "pulled pork." 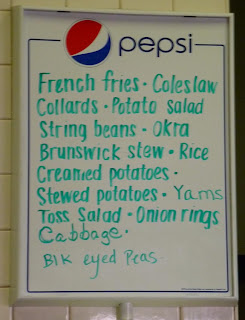 Okay, yes, it is pork. But you know how lean pork is (or can be) these days. In Eastern North Carolina, whole hogs are slow-roasted over smoldering hickory or oak logs for many hours in smoke houses or portable smoker grills, and basted with the vinegar sauce.


If you want vegetables with your barbecue, you can order off the board on the left. 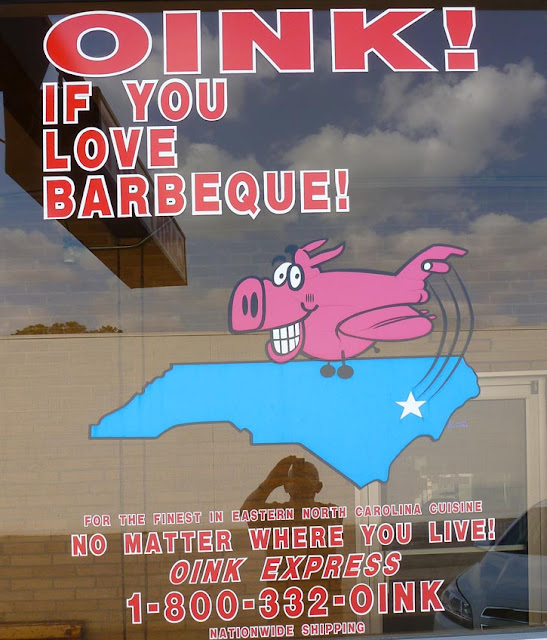 When the pork is well cooked and smoked, the meat is pulled off the carcass and bones. The bigger pieces are chopped quickly with a big knife or cleaver. Some more vinegar sauce is added. Then it's made into sandwiches with cole slaw, or packed into containers to be sold by the pound to people who want to take it home and eat it there. Or ordered by people far and wide and shipped to distant locations by air freight.
Posted by Ken Broadhurst at 06:00