The long and winding road

We left Rock Hill, South Carolina, at about 10:30 a.m. Our first stop was in Fort Mill, S.C., just a few miles to the north, to see if we could find my mother's first cousin Virginia's house. Virginia died fairly recently at the age of 93. Her nephew David, 64, told us she had Alzheimer's "real bad." Her white clapboard house with the nice front porch no longer exists; a little brick commercial building sits on the lot now. 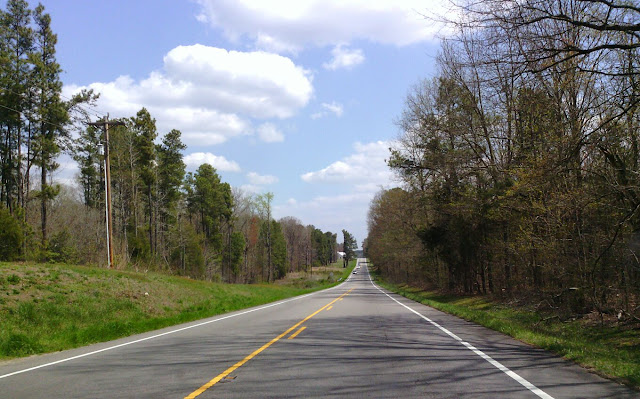 After driving through the middle of Charlotte (pop. 750,000), just to admire the skyscrapers, we headed east on NC Highway 24. The road was straight, and the landscape was gently rolling. We still had 275 miles to go (that's about 450 km). My sister Joanna was taking pictures with the camera of her tablet computer as we drove along. She took the first three photos in this post. 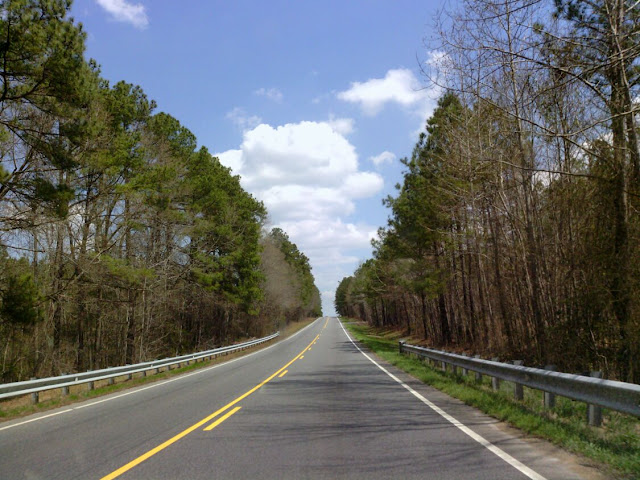 As you can see, there wasn't much traffic on a Tuesday afternoon. I think we were between Troy and Carthage (both in North Carolina) when Joanna took these. Here in central N.C., the Uwharries are an ancient mountain range, highly eroded, and covered by a small (national) forest — therefore undeveloped. And pretty. 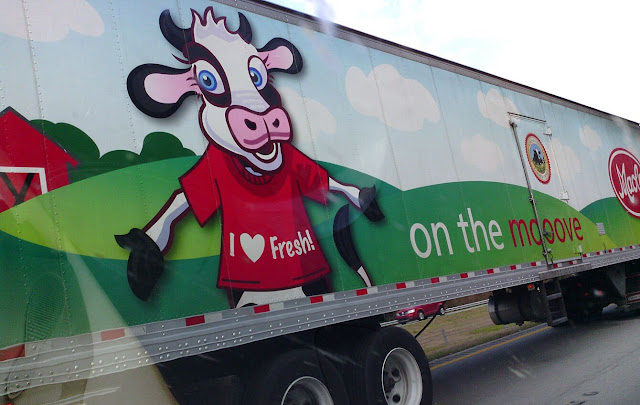 Later, out on the flat coastal plain farther east, we were passed by a truck hauling Maola milk products. When I was growing up, Maola was the dairy whose milkman delivered milk to our front door. Those days are long gone, but Maola milk is still sold in the supermarkets. Here, the Maola cow is "on the mooooove." 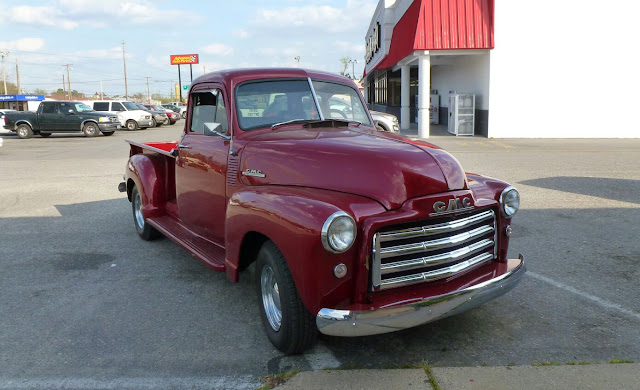 It might have been fun to be driving this old GMC pickup truck that we saw in Kinston, but we were four senior citizens in a sporty white 2013 Chevrolet Malibu. I didn't particularly like the car. It was a huge vehicle with a small interior and poor visibility out the rear window. But it got us to our destination and back just fine.
Posted by Ken Broadhurst at 05:55