Two weeks ago I was bound for the Promise Land, and now I'm leaving it. There's a linguistic controversy embedded in that sentence, at least here in Morehead City. Some residents swear that their neighborhood has always been called the Promise Land, without a D. Others say the real name must be the Promised Land, as in the Bible. Still others seek compromise, writing Promise’ Land, the apostrophe noting that a letter has been dropped in the local pronunciation. 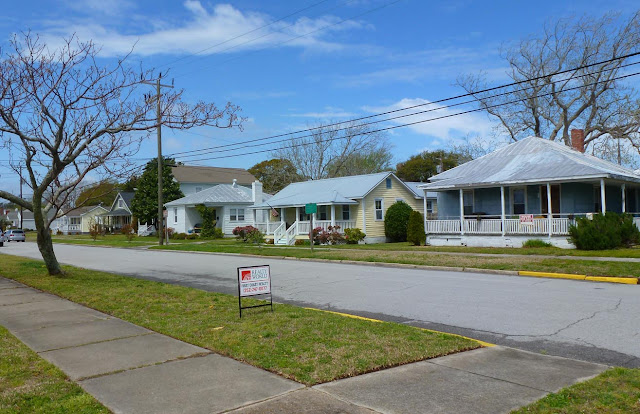 
What is the Promise Land? It's the area south of Arendell Street (Morehead City's main thoroughfare) bounded by 10th and 15th streets in Morehead City. There are three east-west streets: Evans, Shepard, and Shackleford. The southern boundary of the Promise Land is the shore of Bogue Sound. I grew up in the Promise Land, or on the edge of it, in the 1950s and 1960s. Why was it called that? 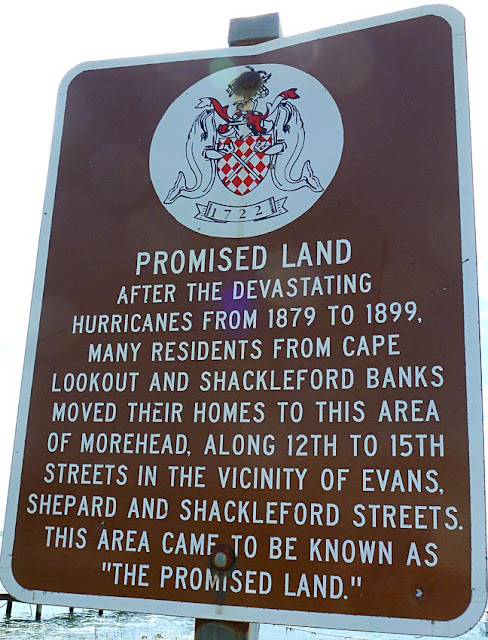 A historical marker at 10th and Shackleford streets in Morehead City


In the 19th century, there was a whaling village near Cape Lookout, which is the southern end of  the North Carolina Outer Banks. The Banks are a chain of sandy barrier islands that separate the Atlantic Ocean from Albemarle, Currituck, Pamilico, Core, and other sounds — étangs in French, or lagoons. A series of destructive hurricanes at the end of the 1800s made life on the sandy islands near Cape Lookout impossible. Many of the residents of the whaling village, called Diamond City, took their little wooden houses apart board by board, floated the boards on sailboats and barges to Morehead City, and rebuilt their houses in the neighborhood known now as the Promise Land. 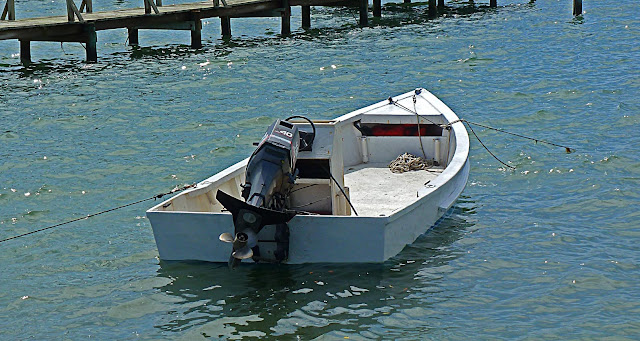 Tools of the trades that supported the Promise Land economy


Back then, well-to-do people didn't want to live on the shore. It was windy, and it was vulnerable to storm surges and flooding when hurricanes came in from the tropics. People didn't have insurance against such disasters the way they do today. The people of the Promise Land in Morehead were commercial fisherman, living off small-scale fishing, shrimping, clamming, oystering, and crabbing.. For many, it was a subsistence economy. The people were poor, but they were all poor so they didn't notice much. 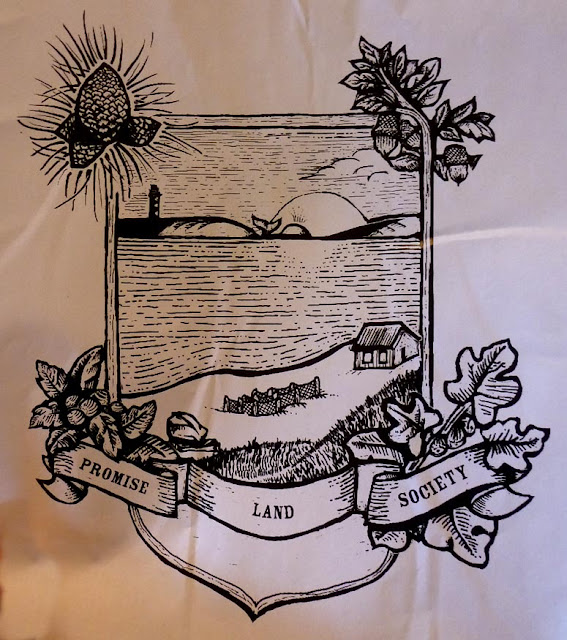 The Promise Land Society is in the process of designing a logo for the community.

Nowadays, people "from off"  — outsiders — see no better location for a summer or retirement house than a neighborhood like the Promise Land by the shore. They want water views and boating opportunities. They also want mega-houses that are totally out of scale with the old neighborhood. They are willing to pay hundreds of thousands, if not millions of dollars for a small clapboard house with a little plot of land around it. Often they "scrape"  the house off the land and rebuild in a grander style. 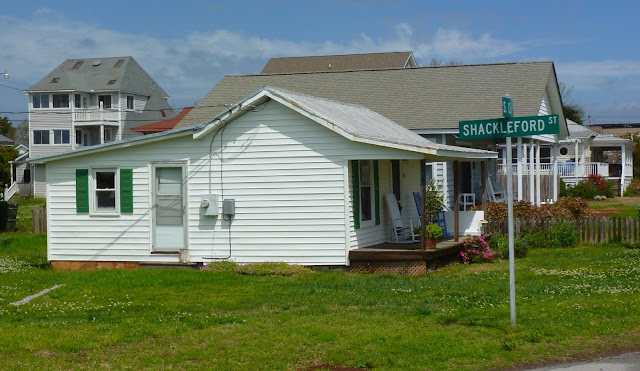 The typical Promise Land house is pretty small. Newer residents like to build much grander homes.


The Promise Landers are trying to preserve the nature of their neighborhood. They are tired of being looked down on and treated like a historical oddity by wealthy outsiders. They've formed an association to protect themselves and make sure the history of the area is not forgotten. They are going to publish a book of old photographs from past decades, reminiscences of a simpler way of life, and historical and linguistic information. They are organizing a festival to celebrate their local culture, to be held in October. 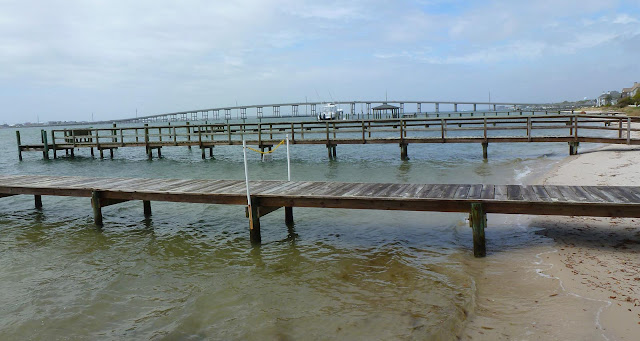 Looking to the west from the Promise Land — there's a whole new world out there.


More power to them. I hope they can succeed and turn the tide. The Promise Land was a great place to grow up. We young'uns were free to roam the streets on foot or on bicycles, to play unsupervised with the neighbor children (who were often our cousins), and to fish and crab off docks and piers along the sound. Everybody knew everybody, so we kids were safe. 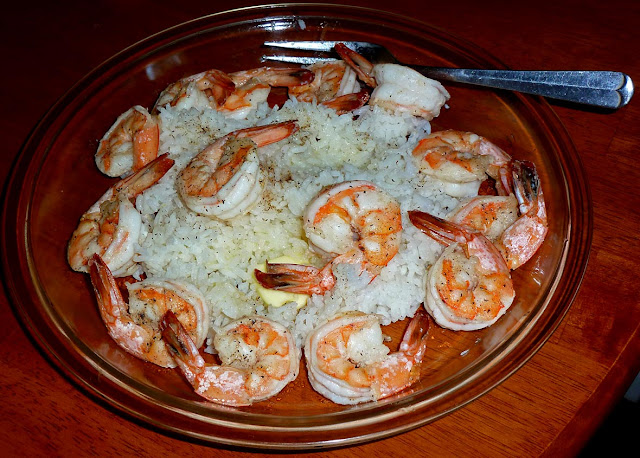 The Promise Land diet was based on local shrimp, fish, clams, crabs, and oysters, simply prepared.


There were corner shops sprinkled around the area — Lindsay and Maybelle's grocery, Kib Guthrie's general store, and others. Some of my ancestors operated grocery stores and butcher shops in the neighborhood back in the 1920s, '30s, and '40s. Downtown, with its two movie theaters, dime store, two bigger grocery stores (we didn't say "supermarket" back then), and two drug stores with soda fountains, was within walking distance. So was Morehead School (grades 1 through 12). 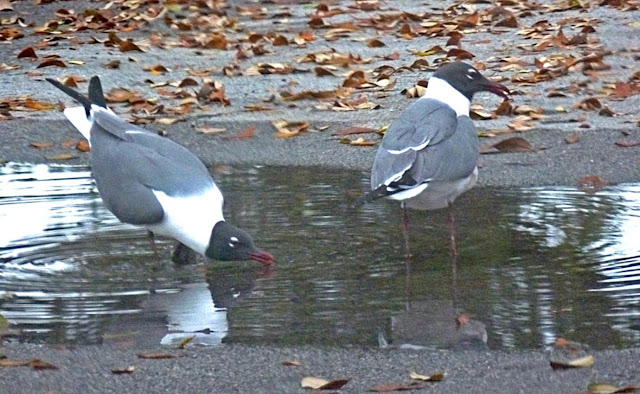 Our local scavengers, the laughing gulls, helped keep the environment neat and clean.
Just don't stand or sit directly under one!


A lot of that is gone now, but I think some hope it might return if they can preserve what's left of the Promise Land. Hope springs eternal, they say.


The next blog post I write will be written in Saint-Aignan. I'll be glad to return to that home after leaving this home.
Posted by Ken Broadhurst at 07:00