On Monday, while we were in Rock Hill, S.C., we were riding around looking for a place to have lunch. My mother has a lot of food allergies, so we have to choose restaurants carefully. My aunt doesn't like much — she's a very picky eater. 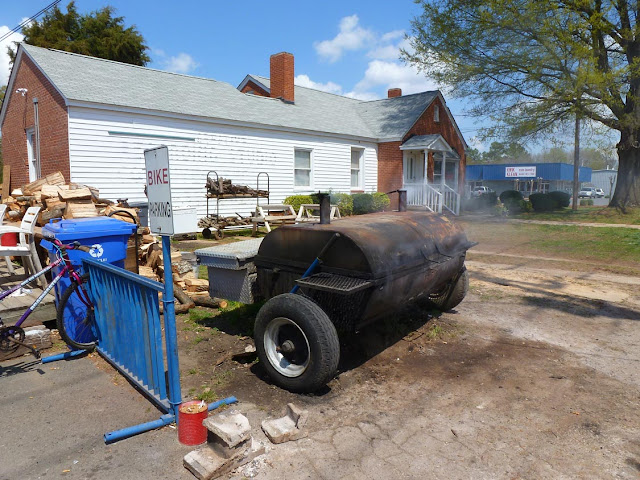 This is the smoker, sitting out near the street next to the restaurant.


We were driving along a long boulevard near Winthrop College and downtown when I spotted The Kickin' Pig, a barbecue joint. We hadn't found anything else. I said we should stop so I could inspect the menu and see if there was anything on it that everybody could and would eat. 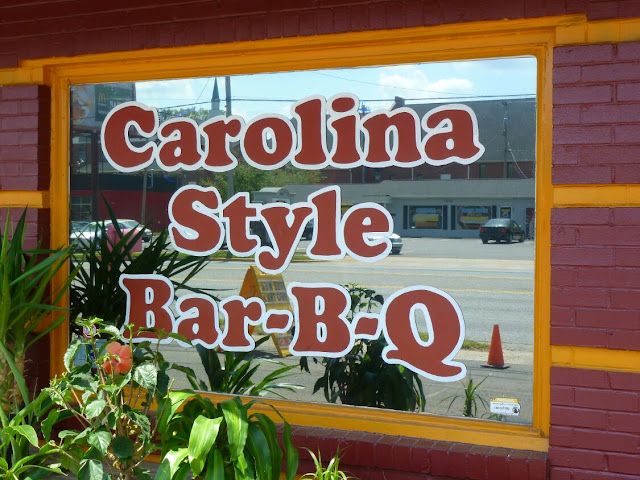 It's like it should be in the plural — "Carolina Bar-B-Qs." 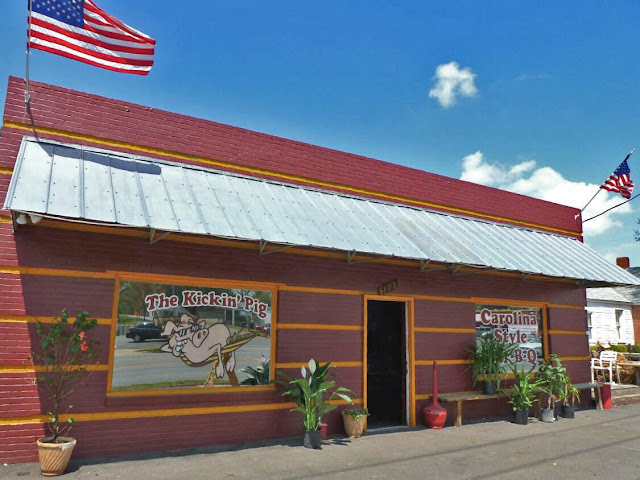 
My mother and aunt could eat some "naked"  smoked pork, so we were in business. Actually, the meat was fairly bland, as you can imagine. It needed salt and sauce. The portion I was served for $10 was so copious that I took half of it "home" — we had a refrigerator and a microwave oven in our hotel room — and had it for dinner that night. 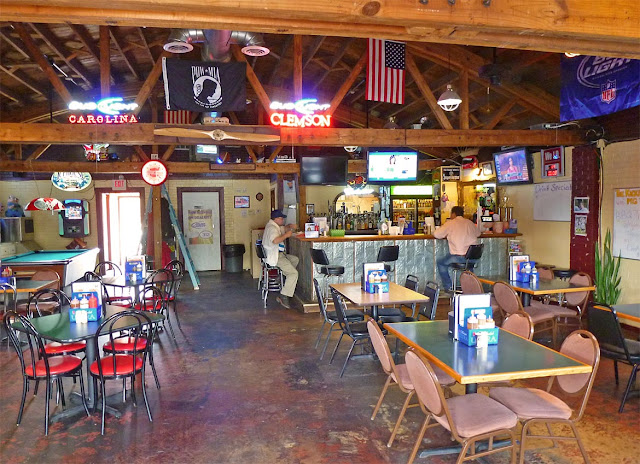 
The owner of the restaurant came by and talked to us at our table for a few minutes. He explained that since his barbecue joint is located at the confluence of three major Carolina barbecue zones, he decided to give customers a choice of sauces rather than impose a single one. 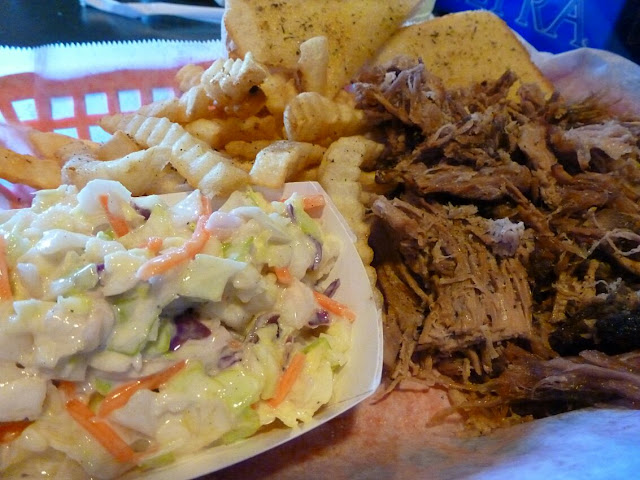 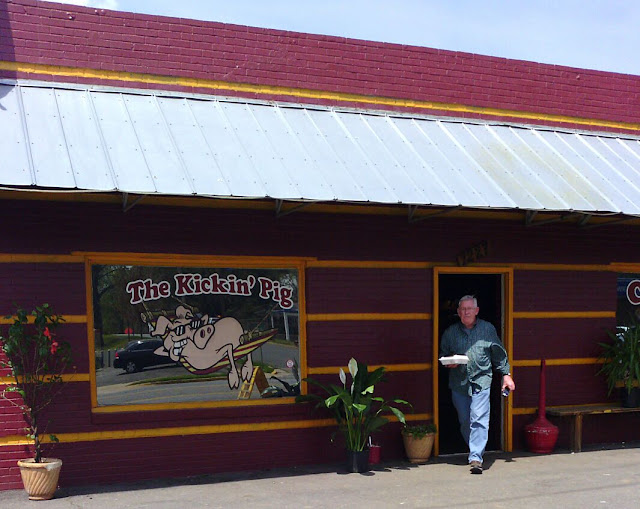 My sister snapped this shot of me leaving the restaurant with my carry-out box.

Two thumbs up. And several sticky fingers.
Posted by Ken Broadhurst at 06:00