My flight landed at Roissy yesterday morning at 6:30 a.m. That's a great time of day to be at Roissy and to travel into Paris by RER train.

There was no line at all at passport control — I breezed right through. At baggage claim, my bag was the third one to come down the chute and fall onto the conveyor belt. I grabbed it and headed for customs. Again, there was nobody home. I waltzed through the customs hallway and was outside of the secure area, a free man again, before 7:00 a.m. 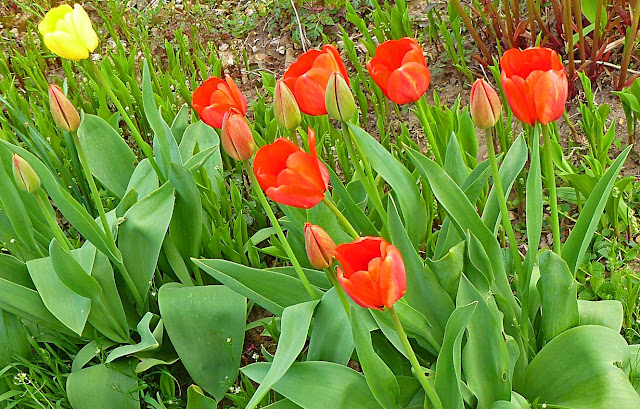 Through a blur of jet lag, I enjoyed seeing a lot of flowers on my walk with Callie yesterday afternoon.
By 8:00, I was at the Gare d'Austerlitz. The RER train hadn't been crowded at all, and I was able to handle my heavy suitcase (51 lbs.) and my two carry-on bags pretty easily. I didn't have to walk up any stairs in RER stations, and I only had to haul my bags down one short staircase at Austerlitz. That was the right direction — down. Everywhere else, I found working escalators and elevators. 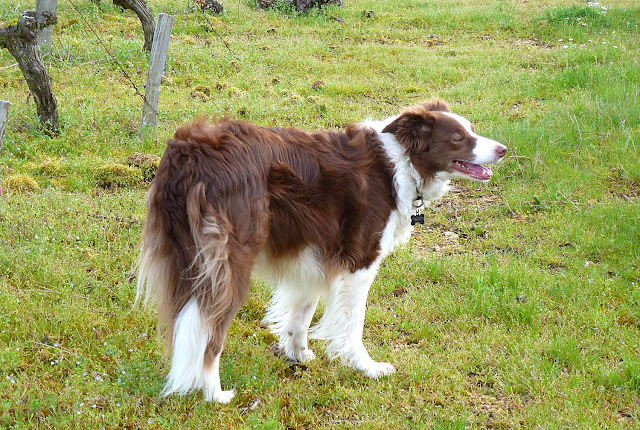 Callie was happy to see me. She sang and howled at me in greeting when I came through the front door.
There was a train from Austerlitz to Vierzon (instead of Blois) at 8:42 a.m., and it was direct and non-stop. Great! The train to Blois was scheduled to leave an hour later, and I would have had a one-hour layover in Orléans. So Vierzon was the best choice, and it is only 35 miles east of Saint-Aignan on the Cher River. I called Walt and he was there at Vierzon to meet me at 10:15. He drove me home. 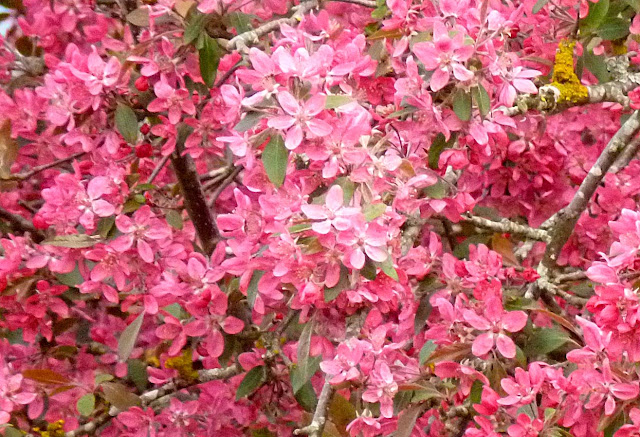 Everything burst into blossom during my two-week absence.
Avoid the crowds and the lines — arrive early. If you can get a flight that puts you at Roissy before 7:00 a.m., you'll find it easy to make your way into Paris by train or taxi. Paris doesn't get up and busy very early in the morning. Tomorrow I'll tell you about the 82-year-old man who told me his life story (a tale of woe) on the train from Paris to Vierzon.
Posted by Ken Broadhurst at 08:03